The elections of November 6th are over, and now, in Washington and in Montgomery legislators again take up the task of governing. As the leader of Alabama’s twenty-seven Republican state senators, my focus is on working with other lawmakers and Governor Kay Ivey to make state government more efficient and to keep job growth strong.

Reforming the state’s Medicaid program is one of the toughest challenges we face in the coming year. Medicaid, the federally-mandated health insurance program for pregnant women, children, low-income adults, the elderly, and the disabled, is by far the largest line item in the state’s General Fund — Medicaid by itself accounts for 37% of all non-education state spending and its budget for the current year is $755 million. For context, state prisons consume 23% and the Alabama Law Enforcement Agency (state troopers) uses 2.5% of non-education spending.

The aging of America’s population as the Baby Boomers retire puts enormous stress on government-run health insurance programs like Medicaid. About 10,000 Boomers retire every day, and the U.S. Census Bureau predicts that by 2035, the number of adults aged 65 and older in America will outstrip the number of children under the age of 18. In Alabama, the population of folks aged 65 and older is expected to grow by 25% between now and 2025. This coming demographic tidal wave threatens to swamp a number of government programs, including Medicaid.

For the past five years, I have worked with Medicaid Commissioner Stephanie Azar to craft a new health care model that better serves the growing number of senior citizens in Alabama who are in Medicaid’s long-term care. Thankfully, this year Alabama received approval from the Centers for Medicare and Medicaid Services in Washington to move ahead with the Integrated Care Network (ICN). This reform will offer senior citizens on Medicaid additional health care choices and is projected to save, over the long run, tens of millions of taxpayer dollars.

Here is how the ICN will work: in October of this year, the state Medicaid agency partnered with an Alabama health care provider that will now serve the medical needs of the 23,000 senior citizens who are receiving Medicaid’s long-term care services, 70% of whom are in nursing homes. By partnering with an expert health care provider based in Alabama, Medicaid can offer its long-term patients better care — and thus allow more Medicaid recipients to stay longer in the comfort of their own home.

Medicaid recipients can still opt for a nursing home, and no benefits are changed under this new system. But by partnering with a health care provider that is an expert in managed care, Medicaid can bend the cost curve down, offer improved health care, and give more of Alabama’s senior citizens an opportunity to stay a little longer in their homes and communities.

For my wife and me, one of the greatest privileges in life is spending time with our parents — and as the years have passed, we, like so many Alabama families, have discussed the future and begun to plan for the day when our parents will need additional help. As a legislator, I think often about how the policies that I vote on will affect the lives of my friends and neighbors. The Integrated Care Network is just getting started, but I am optimistic that this reform will improve the quality of life for many families in Alabama and put Medicaid on a sounder financial footing.

Greg Reed, R-Jasper, is the Alabama Senate Majority Leader and represents Senate District 5, which is comprised of all or parts of Winston, Walker, Tuscaloosa, Jefferson, and Fayette counties. 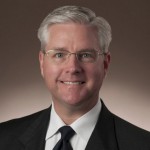