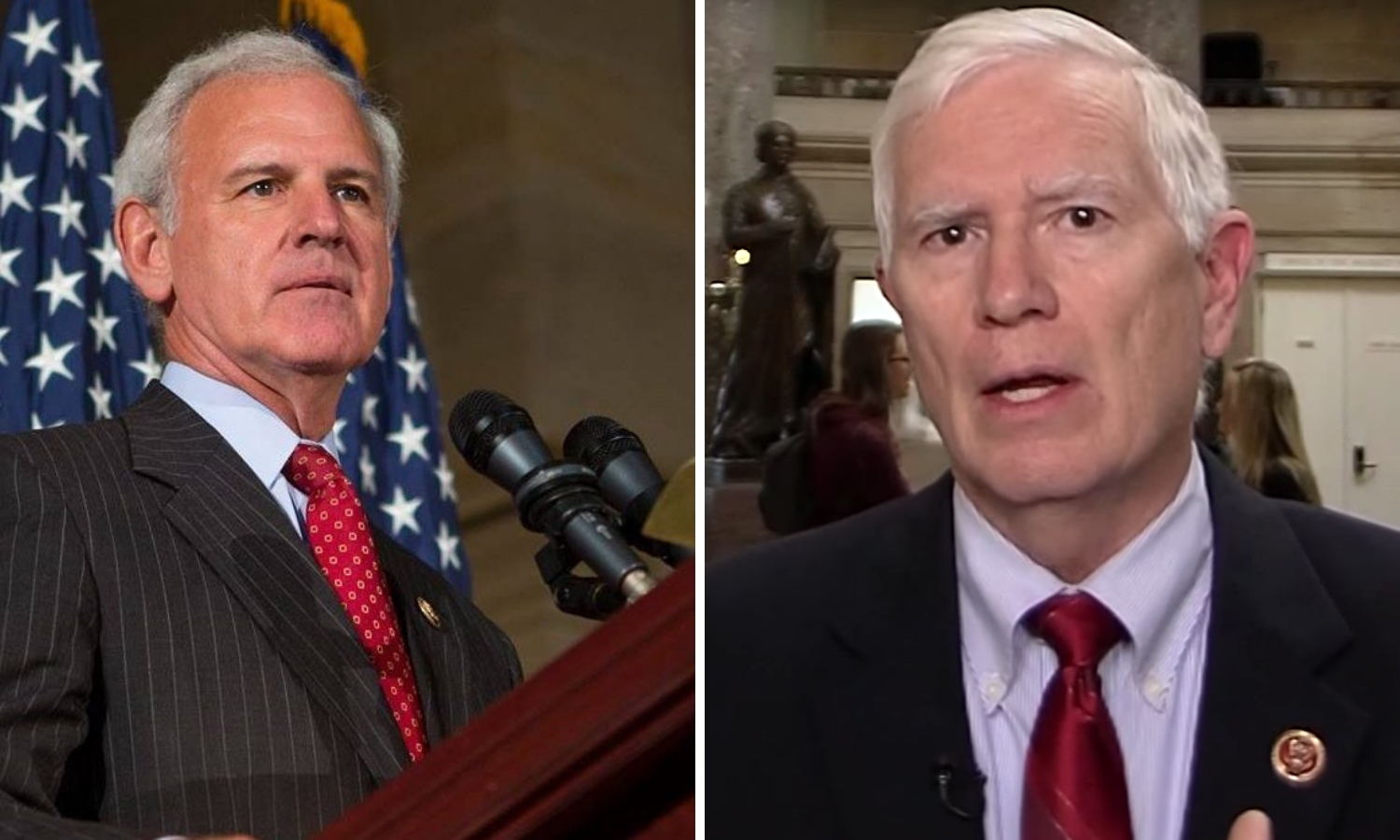 “Illegal aliens are a scourge on America that flood across America’s borders with impunity. America must stop this arrogant and dangerous defiance of American sovereignty,” Brooks said. “Each year, thousands (and perhaps tens of thousands) of American citizens are dead because of murders, vehicular homicides, and drug overdoses caused by illegal aliens and their related drug cartels. Quite frankly, I don’t understand those elected officials who put political power, their own egos, and illegal aliens over the interests of American citizens. It may sound cold, but it is true. These elected officials have the blood of innocent and dead Americans on their hands.”

Congressman Byrne gave an impassioned speech on the floor of the House urging that members pass the legislation to fund the border wall.

“When did protecting the American people, knowing who is entering our country, and having a secure border become some kind of radical or partisan idea?” Rep. Byrne asked. “I’m stunned to see the length to which some of my colleagues on the other side of the aisle will go simply to oppose enhanced border security, including a border wall. In fact, it seems they are willing to shut down the federal government instead of supporting President Trump’s urgent request for $5 billion to fund the border wall.”

“In places where the U.S. has a border wall, illegal crossings are far less frequent that in places where we don’t,” Brooks said. “It’s not rocket science. While a border wall will not stop all illegal aliens, it will dramatically cut the flow and save American taxpayers hundreds of billions of dollars that are now diverted from struggling American families to support illegal aliens.”

“What is especially strange is that some of my colleagues on the other side have supported a wall in the past,” Brooks said. “Some of have even voted in support of a border wall. What has changed? I think the answer is very simple. I think some of my colleagues are so committed to appeasing the so-called ‘resistance’ that they find themselves opposing a very basic and commonsense idea like border security just because they want to earn points from the most extreme part of their political base.”

“Some estimates peg the number of illegal aliens currently living in the United States as high as 22 million, and estimates are that illegal aliens cost American taxpayers $116 billion annually,” Brooks continued. “That’s $300 in additional taxes each man, woman, and child in America is forced to pay in local, state, and federal levels for people whose first act on American soil is to violate American law. $5.7 billion is a small investment when you think we could save $116 billion a year simply by securing our border and building the necessary wall.”

“Why am I so passionate about this?” Byrne continued. “Because this is a critical issue. When I talk to the people I represent back in Alabama, they are passionate about it. This is one of the top issues I hear about at events and town halls throughout Alabama. In fact, the phones in my office have been ringing all day with people urging us to stand strong, secure our borders, and build the wall.”

“I think this is a fight worth fighting. I think pushing to ensure the safety of the American people is a worthy and absolutely critical fight,” Byrne concluded. “So, I urge my colleagues to stop playing to the ‘resistance.’ Come back toward a commonsense idea like securing our border. Pass this amendment, pass this funding bill, and ensure the safety of the American people.”

The Republican controlled House of Representatives passed wall funding on a 217 “aye” to 185 “nay” vote, thus sending H.R. 695 to the Senate. Republicans supported wall funding and border security by a 217 to 8 margin; however all 178 Democrats voted against funding the border wall.

This is likely the Republicans last chance to pass border wall funding as Democrats have won a commanding majority in the next Congress. Funding the construction of a border wall was a major campaign promise that Trump made in the 2016 election.