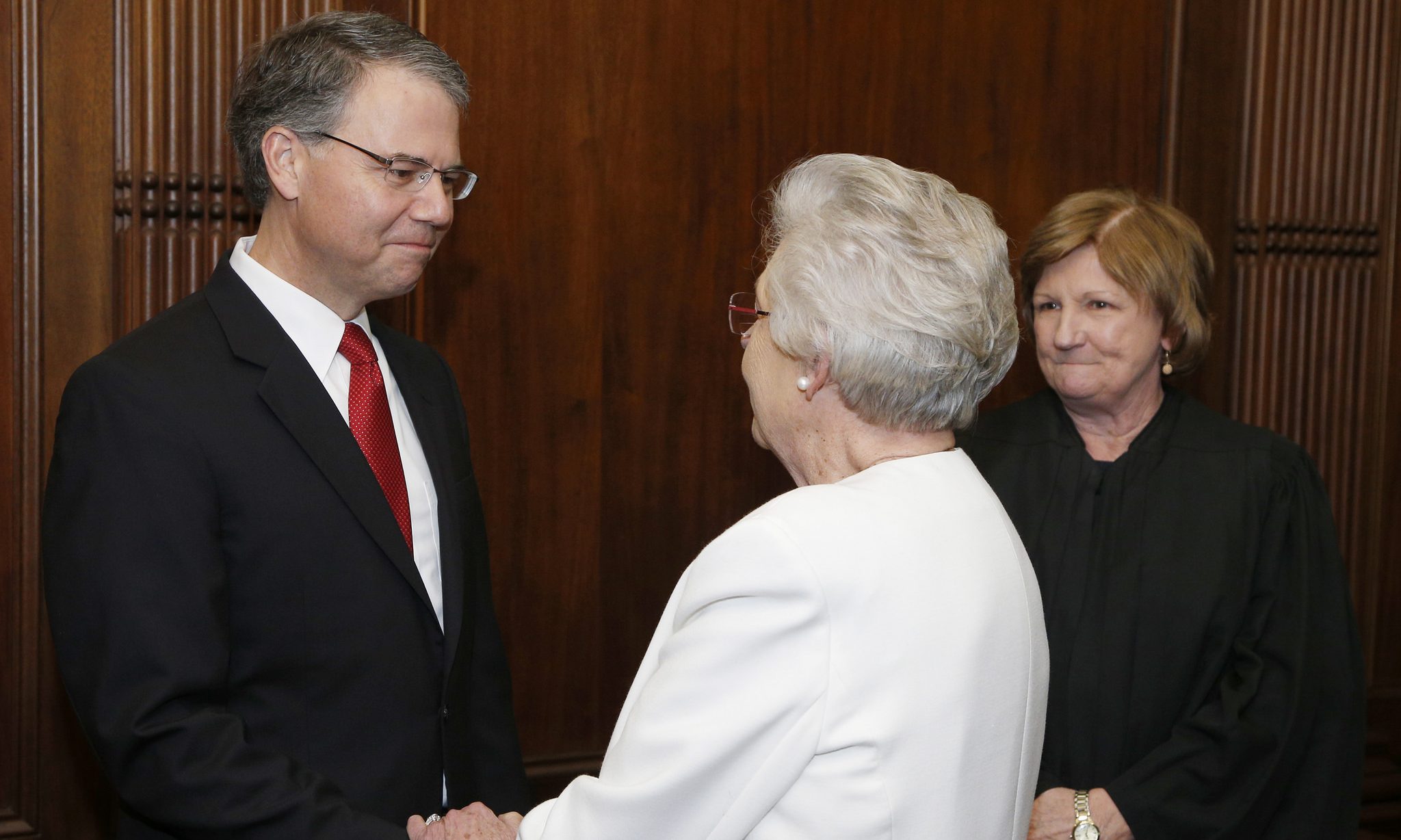 Friday, Alabama Governor Kay Ivey (R) announced the appointment of outgoing Associate Justice Brady “Brad” Mendheim to fill a vacancy for on the Alabama Supreme Court created by the election of Tom Parker as Chief Justice.

“After reviewing all of those interested in the position, Justice Mendheim is clearly the most qualified, with impeccable legal credentials and with unquestioned character and integrity,” Governor Ivey said. “With more than 17 years of judicial experience, Justice Mendheim brings the experience of having served on the Alabama Supreme Court. Every applicant was given appropriate consideration, but Justice Mendheim exceeded them all. I appreciate his previous service to the state of Alabama and know that in this continuing opportunity he will again follow the law and serve with honor.”

Justice Mendheim’s new appointment as an Associate Justice of the Alabama Supreme Court is effective January 15, 2019.

Chief Justice Roy Moore (R) was suspended for the remainder of his term in 2016. In 2017 Moore retired to run for U.S. Senate. Two associate justices, Lyn Stuart (R) and Tom Parker (R), both wanted to be the Chief Justice. Ivey appointed Stuart to fill Moore’s vacancy. Ivey appointed William B. “Will” Sellers (R) to fill Stuart’s associate justice position. Sellers was elected to his own term without opposition. Republican primary voters chose Parker, who defeated Stuart. Parker then easily defeated Jefferson County Judge Robert “Bob” Vance Jr. (D) for the position of Chief Justice. Since Parker still had time left on his term as Associate Justice his move to Chief Justice next month created a vacancy, which Ivey has filled with Mendheim, who was set to leave the court.

Mendheim has a Bachelor’s degree from Auburn University and a law degree from Samford’s Cumberland School of Law. After law school, Mendheim worked for a general-practice law firm in Dothan. Then he served as an assistant district attorney for the 20th Judicial Circuit for almost seven years. He served as a circuit judge for the 20th Judicial Circuit, a position he had held since 2009. From 2001 to 2009, he served as a district judge in Houston County. From 2001 to 2018 he was appointed specially by various chief justices to preside over more than 250 cases in more than 40 Alabama counties.

Mendheim was appointed to the Supreme Court of Alabama on January 19, 2018 by Ivey to replace Justice Glenn Murdock (R) who resigned. Justice Mendheim sought his own term on the Court. Mendheim finished first in the Republican primary; but did not receive enough votes to win the primary outright. He was defeated in the Republican primary runoff by Circuit Judge Sarah Hicks Stewart (R). Stewart had no Democratic opponent and will be joining the court next month.

Mendheim has been married to his wife, Michelle, for more than 23 years. They have 3 sons.

Wikipedia and Ballotpedia were consulted in this report for biographical information.