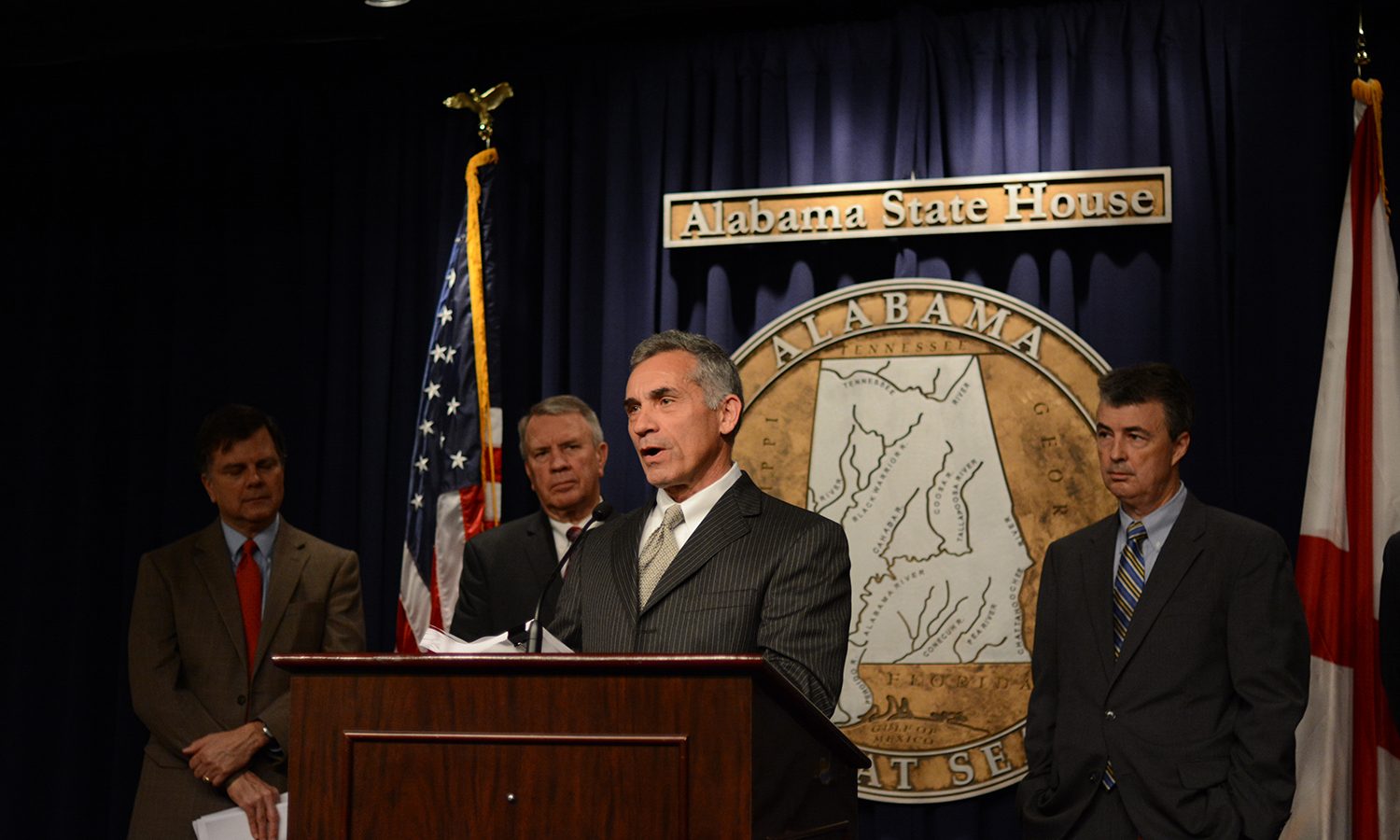 In a vote of 32-0, Marsh captured support from both Republican and Democratic senators. Democrats did not nominate their own candidate for the position, largely because the Republican caucus holds a supermajority in the Legislature’s upper chamber.

Marsh, the only Republican to serve as President pro tempore since Republicans took control of the Senate in a historic election in 2010, will now head into his third consecutive term in the position.

The Republican leader in the Senate will likely hold the position until the end of the quadrennium in 2022.

Marsh — who, along with Republican Speaker Mac McCutcheon, has highlighted infrastructure and a gas tax as the key issue in the upcoming legislative session — said Tuesday that despite heavy turnover in leadership at the state level, the Alabama Senate has been a place that has worked together to pass legislation.

The upper chamber of the Legislature has been one of the only corners in state government that has not been impacted by corruption convictions and ethics violations that have removed former Speaker of the House Mike Hubbard, former Gov. Robert Bentley and former Supreme Court Chief Justice Roy Moore.

“The Senate has worked smoothly over the past several years, and I believe today’s bipartisan vote reflects that,” Marsh said. “I am proud of the work we have done to improve the lives of the people we represent and will continue to operate the Senate in that way.”

The regular session of the Legislature starts a bit later this year on March 5. Marsh, McCutcheon and Gov. Kay Ivey have been relatively unified in identifying a gas tax as the key issue this year.

Republicans will again set the tone this year with a majority that has slightly expanded. Republicans gained one seat and now control 27 of the 35 seats in the upper chamber.

Beasley is moving to another leadership role in the Democratic minority.

“I look forward to working with Senate Majority Leader Greg Reed, Senate Minority Leader Bobby Singleton and all of my colleagues in the Legislature as well as Governor Ivey and Lt. Governor Ainsworth as we tackle the tough issues facing Alabama and continue passing balanced budgets and conservative pro-growth policies that have led to an unprecedented record setting economy,” Marsh said Tuesday.

Lawmakers began their organization session Tuesday, which is mandated at the beginning of every quadrennium. The body convened to elect leadership positions, vote on operating rules and confirm committee assignments.