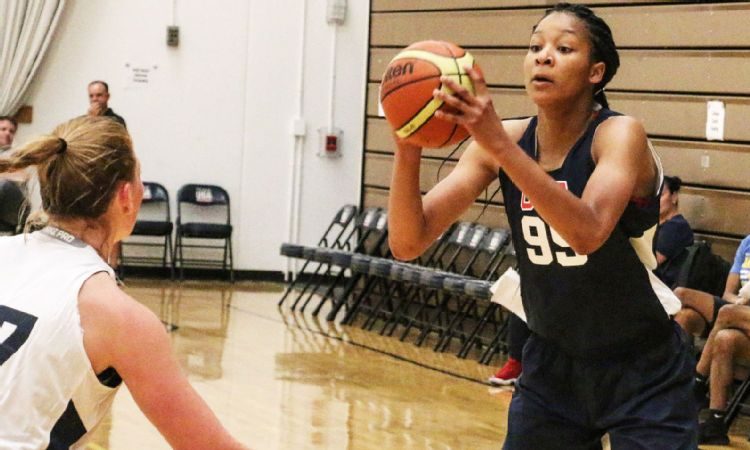 The AHSAA rescinded Davenport’s eligibility due to a clerical error involving her play with the Team USA basketball program. USA Basketball compensated the Davenport family $875 for incidental expenses associated with Davenport representing the United States at a basketball tournament in Mexico. Davenport led the under-18 year old women’s team to the gold medal. The payment does not violate NCAA rules; but does violate the standards of the AHSAA, which do not align with NCAA standards. AHSAA Executive Director Steve Savarese revoked the girl’s amateur status so that she can not play basketball during her senior season.

According to the AHSAA any player who receives more than $250 is a professional player and loses their amateur status. The Davenport family returned the money and the head of USA Basketball took full blame for the clerical error and personally travelled to Alabama to beg the AHSAA to reinstate Davenport at the appeals hearing. Savarese and the AHSAA were unmoved and denied the appeal.

“What the Alabama High School Athletic Association has done to Maori Davenport is wrong on so many levels that I don’t know where to start. I know what this feels like because I was treated like shit by them too. Being a kid from Alabama, I’m with Maori Davenport. Fix this now!” wrote NBA star Demarcus “Boogie” Cousins.

“Maori hadn’t done a doggone thing except receive the check from USA Basketball,” Rutgers Women’s Head Basketball Coach Vivian Stringer told New Jersey Advance Media. “It was grown-ups’ fault. And grown-ups did not lay claim to that. Maori sent the money back the next day. She’s a great kid, great student. She tried to do the right thing. And then the Alabama association … are you kidding me? This girl was up for player of the year, All-American. How can you do that?”

Maori has signed a scholarship offer to play at Rutgers. Her college eligibility is unaffected by this as the payment by USA Basketball is not an NCAA violation,

USA Basketball and South Carolina Gamecocks Women’s basketball head coach Dawn Staley said, “As I prepare & the excitement builds for our conference game today I can only imagine the emptiness Maori Davenport feels every time her team suits up to play. AL state officials if you all have heart in your chest or a daughter, sister or niece…do right by them if not Maori!”

On Tuesday, Maori and her parents addressed the Alabama Republican House Caucus and asked for their help.

“After Maori Davenport appeared before our Caucus and very eloquently explained her situation, the 77 Republican members of the Alabama House stand ready to help her regain her eligibility in any way that we can,” House Majority Leader Nathaniel Ledbetter, R – Rainsville, said. “Without exception, our legislators urge the AHSAA to immediately reinstate this impressive young woman who simply wanted to represent our country on an international level.”

The resolution was sponsored by State Rep. Wes Allen, R – Troy, who has championed Davenport’s cause since the AHSAA decision and arranged for her appearance at the Alabama State House during the Legislature’s organizational session.

“I am proud to stand alongside Maori Davenport as we work to rectify a situation that should have never occurred,” Allen said. “Rather than being treated with the callous disregard shown by the AHSAA, young athletes like Maori should be encouraged, supported, and praised.”

State Representative Kyle South, R-Fayette, announced on Tuesday that he is introducing legislation to reform the AHSAA after the state has become embroiled in this national controversy.