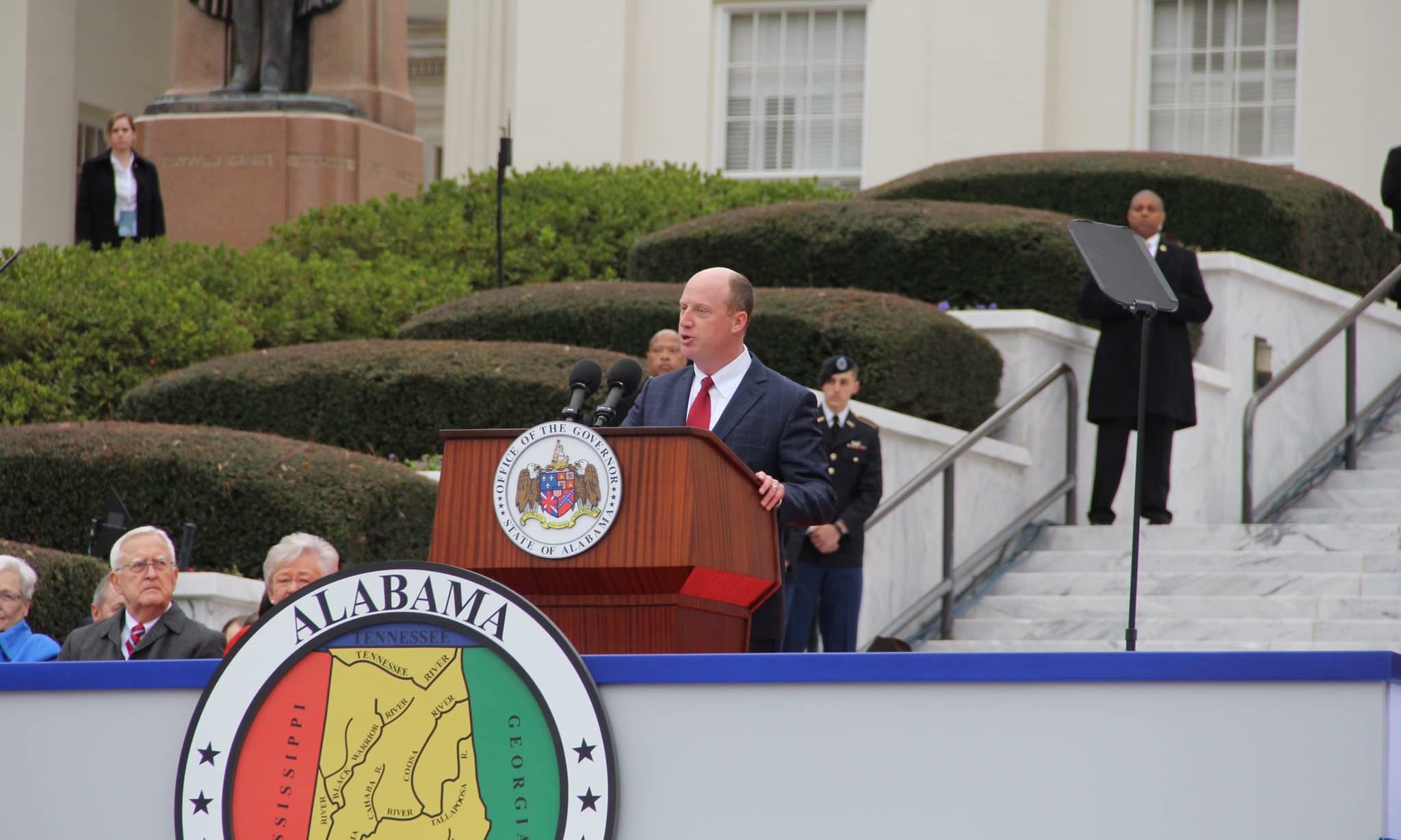 Alabama Lt. Gov. Will Ainsworth focused on education, job creation and ethics in government in his inaugural speech after being sworn in Monday in Montgomery.

On the steps of the State Capitol, Ainsworth said Alabama’s best days are ahead if the state chooses to focus on issues like education and ethics.

“Let us work to be known as a state that demands excellence in the classroom and is willing to take the steps necessary to provide a world-class public education system,” Ainsworth said. “Our “First Class” Pre-K program already leads the nation and provides a model that other states are following, so we should resolve to top every measure in our K-12, post-secondary, and four-year offerings, as well.”

Elected in November, Ainsworth will become the state’s second in command after 21 months of the office being vacant following the resignation of former Gov. Robert Bentley and the ascension of then-Lt. Gov. Kay Ivey to the state’s top elected post.

Ainsworth took a moment in his inaugural speech to focus on that issue — ethics.

“Let us work to be known as a state whose government is as hardworking, honest, and effective as the citizens it seeks to serve,” he said. “We must no longer accept corruption as a natural by-product of public service, and we must punish those who violate the public trust from the local courthouse to the Alabama State House.”

Ainsworth said the Civil War and the civil rights movement have defined how the nation views Alabama. The new lieutenant governor said it was important to remember history, but the state should not settle to being defined by its past. “In this 200th year of Alabama’s founding let us resolve to give the nation a fuller, more vibrant, and well-defined view of who we are as a state and a people,” Ainsworth said.

In his role as lieutenant governor, the former first-term state legislator will preside over Alabama’s Senate, in addition to serving on a number of state boards and commissions.

He chose to avoid speaking about a number of controversial, live issues facing the Legislature as it heads into the 2019 legislative session. Unlike Ivey, who focused a large portion of her speech on infrastructure and the state of Alabama’s prison system, Ainsworth avoided those hot-button issues.

Proposals for a gas tax and prison construction are expected to be on the top of the agenda for state lawmakers. But the issues could spark division in the state Legislature, where both conservative, anti-tax Republicans and more liberal Democrats have opposed both proposals.

He did speak about job creation and the economy.

“Let us work to be known as the state that leads the U.S. in job creation and economic development because our citizens possess a work ethic second to none and our workforce development efforts provide an army of job ready applicants,” Ainsworth said.

He said a new day could dawn in Alabama.

“If all of us in the shadow of this magnificent dome dedicate ourselves to achieving these high standards, our children, our grandchildren, and their grandchildren after them will look back and say that this was the moment that Alabama turned a corner and began the journey to reaching its full potential,” Ainsworth said.

Will Nevin24 hours ago