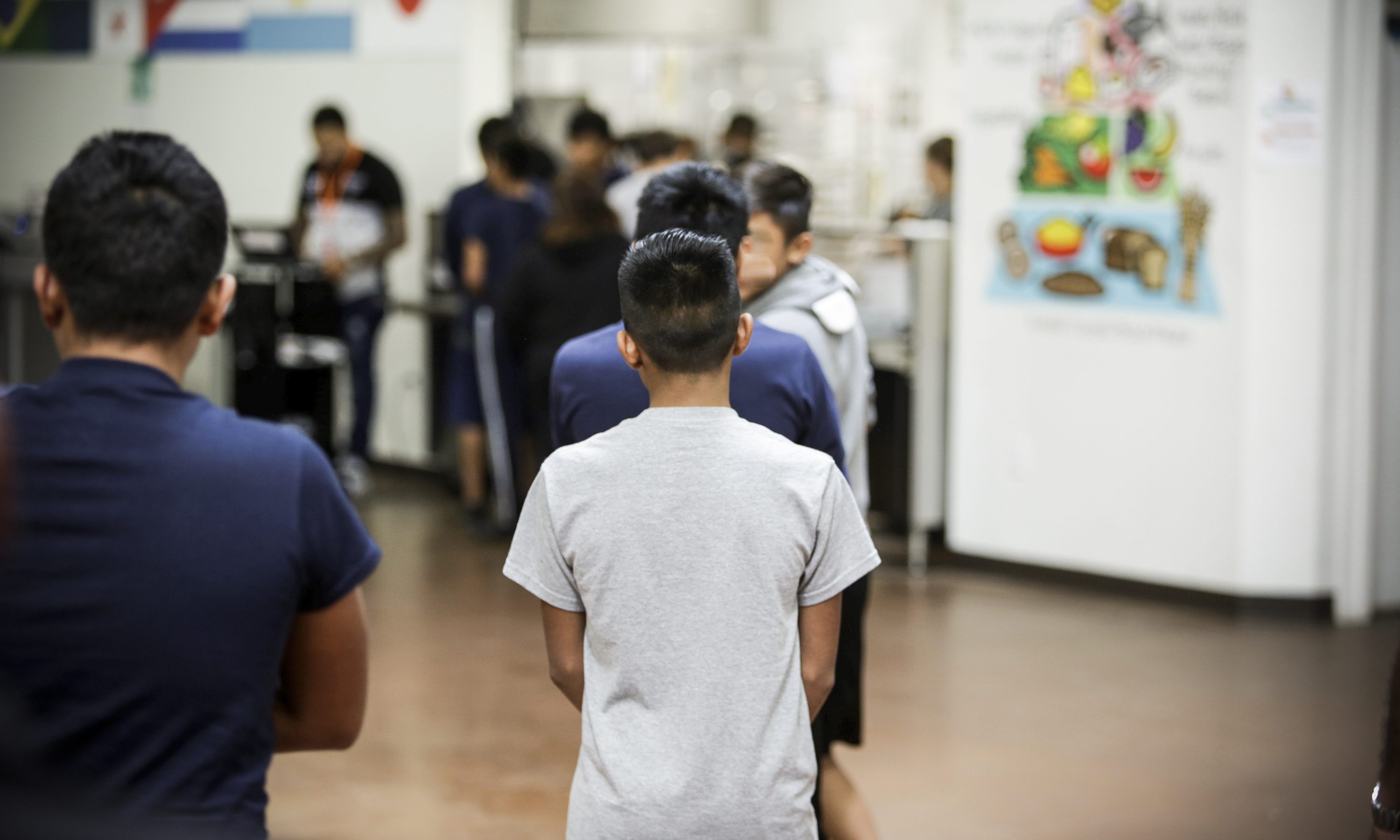 A lawsuit filed by the Montgomery-based Southern Poverty Law Center alleges that the Trump administration has weaponized the Office of Refugee Resettlement and is using detained immigrant children as “bait” to arrest possible sponsors and, in the process, is keeping kids in shelters for prolonged periods of time.

There are at least 10,000 children who arrived in the country illegally being held in government custody.

The SPLC filed the class-action lawsuit Tuesday against the administration on behalf of the children who are currently being held in as many as 100 detention centers across the country. It accuses the administration of baiting family members to come forward to take migrant children into their homes, and if they’re undocumented, agents arrest the sponsors.

So far, the lawsuit cites data that 170 sponsors — the majority of whom had no criminal record — have been arrested after coming forward to take unaccompanied children.

It includes a litany of accounts of migrant children detained for months on end at detention facilities — some of them high-security facilities — as they await a delayed process to be completed.

There are at least four lawsuits filed since March. Some challenged the way the government has detained and confined children, and others are accusing the administration of ignoring federal court mandates to release the immigrant children, most of whom are seeking asylum.

One of the children, a 14-year-old girl listed just as M.C.L. in the lawsuit, fled from Mexico last fall after a group of men killed three of her uncles, broke into her home and threatened her at gunpoint.

She entered the U.S. on Nov. 6 and was kept in a jail-like facility in San Diego. Her mother, Reyna Luviano Vargas, lived in San Fernando, California, with her husband and two other daughters.

Within a week of her arrival, her mother submitted an application for sponsorship. In it, she told the Office of Refugee Resettlement that she had a 2015 insurance fraud offense for which she served jail time and probation.

The SPLC said federal caseworkers told the child she was being detained because her mother committed a crime, and she might be put up for adoption.

She is still being detained despite her own mother offering sponsorship.

Another child, a 14-year-old boy from Honduras, fled to escape threats to his life, the SPLC wrote in their lawsuit.

He was arrested by Customs and Border Protection and placed in a high-security detention facility. The boy’s sister tried to sponsor the boy after he was bullied by older detainees.

But ORR requested the sister’s household submit biographical information as a pre-condition of his release. Three months later, he wasn’t. The family members feared that the information was being used for immigration enforcement. The SPLC says they were right — that the administration is using sponsors’ information and the children’s detention to arrest sponsors and keep minors detained.

“Complete the MOU (Memorandum of Understanding) between ICE and HHS to conduct background checks on sponsors of UACs and subsequently place them into removal proceedings as appropriate,” a leaked memo shows.

The memo cites the potential deterrent effect of preventing individuals involved in human trafficking from coming forward to sponsor children.

The policy, the SPLC says, is an effort to arrest and remove possible sponsors who may be undocumented, and that it has led to fewer individuals coming forward on behalf of children in detention.

“If the president is really interested in taking on a crisis in regard to the immigration situation – this is one he has the power to solve, since his administration created it,” said Mary Bauer, deputy legal director for the SPLC’s Immigrant Justice Project. “We have over 10,000 children in custody right now because this administration is using them as bait. This deplorable, deliberate policy means that these children are languishing in detention for months at a time.”

The lawsuit seeks the release of children who have sponsors available to take them into their homes and to reform this system that has resulted in prolonged detention for thousands of children around the nation.

Bauer said the actions are primarily the result of the ongoing cooperation between the ORR and Immigration and Customs Enforcement, which — along with family separation — is a deliberate strategy to deter vulnerable migrants from traveling to the U.S.

The SPLC said the scheme is laid out in internal documents provided by a whistleblower. Those were released last Thursday.

The documents show the policy is a part of the same strategy of family separation policy, and that the government knew it would result in fewer sponsors coming forward and children remaining in custody for longer periods of time.

“There would be a short term impact on HHS where sponsors may not take custody of their children in HHS facilities, requiring HHS to keep the UACs (unaccompanied minors) in custody longer,” the leaked memo reads.

The SPLC says that’s in large part because of the crackdown on sponsors.

"The United States of America stands or falls on the strength of the citizen's support of the Constitution and not any one individual."