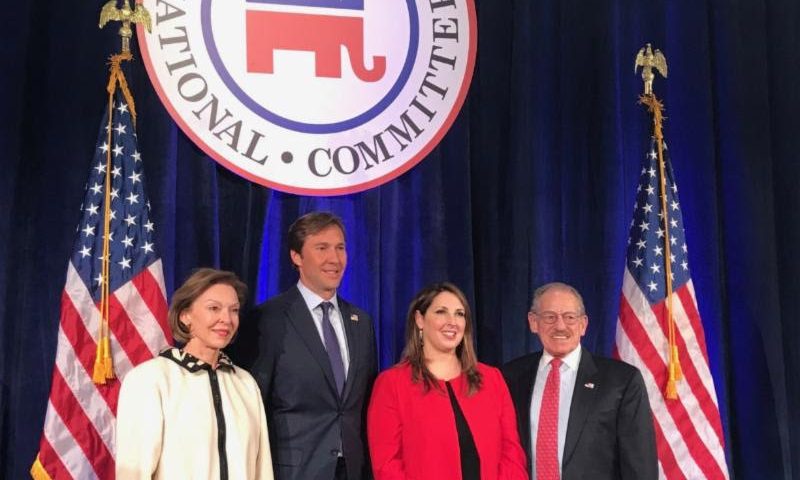 “The RNC is thrilled to welcome its new leadership team as we look ahead to 2020,” McDaniel said. “Tommy, Ron, and Vicki have worked hard in support of our Party and President Trump, and they will be critical to our efforts for a successful 2020 election cycle. I am grateful to our outgoing officers Bob, Tony, and Susie for their leadership and commitment to our Party throughout their many years of service.”

Under McDaniel, the RNC has raised record amounts of money. Trump asked McDaniel to stay on past the 2020 election.

“I am deeply grateful to have the full support of the RNC members for a second term,”  McDaniel said. “We’ve accomplished so much together, and I look forward to working with the members and our newly elected leadership on another successful presidential election cycle. Over the next two years, we will build upon our historic investments to grow our Party, engage with voters, and re-elect President Trump in 2020.”

Drummond is a native of Jasper where she resides with her husband, Dr. Mike Drummond. Vicki is the current Alabama RNC Committeewoman and has served in this role since 2012. She served on the 1988 RNC Platform Committee, was the Acting Secretary on the RNC Rules Committee and has been a delegate/alternate delegate to five RNC Conventions. She is a longtime member of the Alabama Republican Party and is on the state party’s steering committee. Vicki has also held several leadership roles as a member of the National Federation of Republican Women.