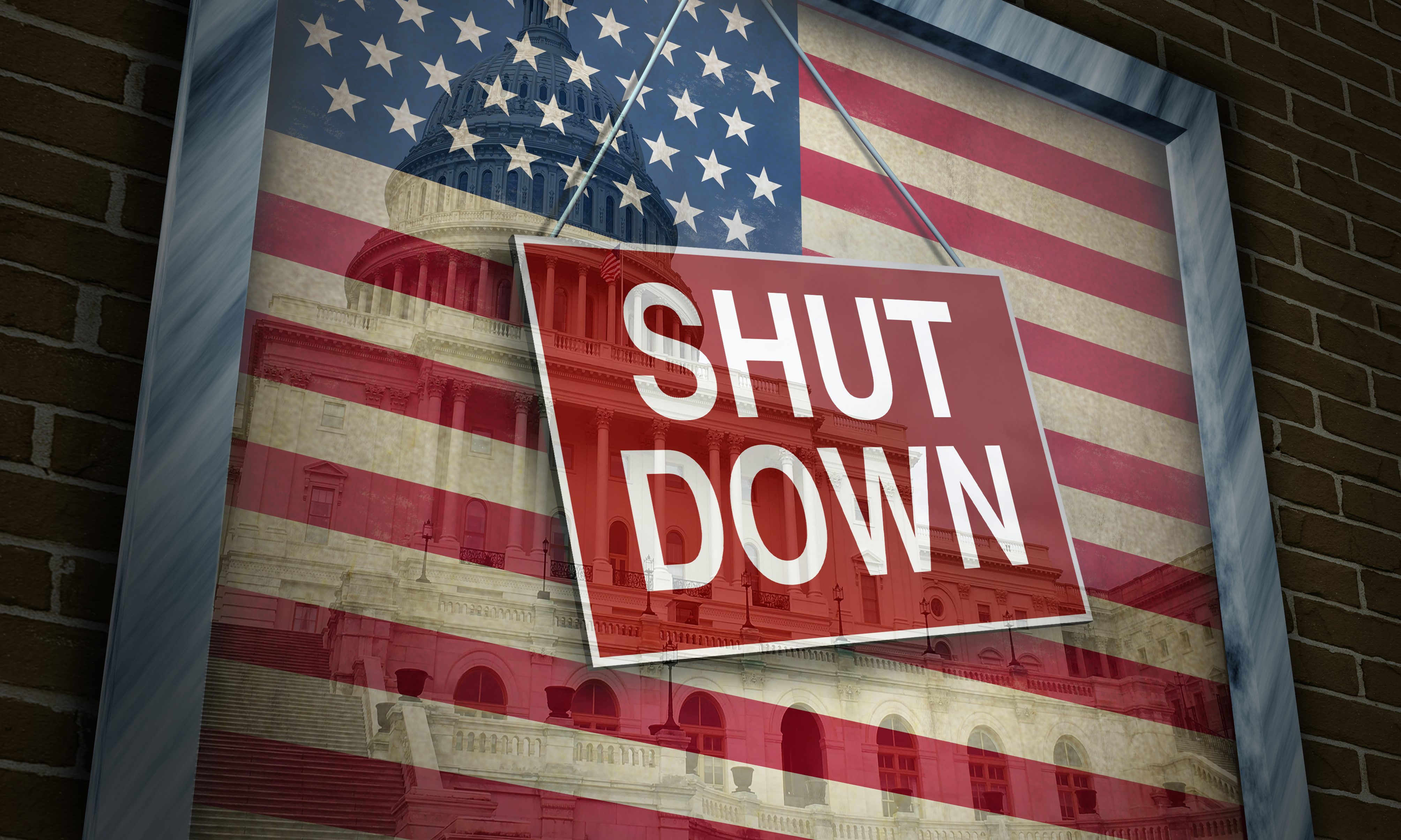 Shutdown government and United States federal system shuts down with a disagreement with republicans and democrats due to spending bill deal failure with 3D uillustration.

At least 800,000 federal workers will be getting their pay. The legislative measures reopen the government through Feb. 15, 2019, and send the Homeland Security appropriations bill to a conference committee. The two measures, H.J. Res. 28 and H.J. Res. 31, respectively, passed the Senate this afternoon by voice vote.

“I commend the President for his continued willingness to negotiate and find a way to reopen the government,” Shelby said. “The Democrats have stated that once the government was reopened, they would be willing to negotiate in good faith on significant investments in border security, including a physical barrier. As a member of the Homeland Security conference committee, I hope that this continuing resolution will provide us the time to work out our differences in a fair and thoughtful manner and reach a bipartisan consensus on border security.”

“This shutdown has lasted far too long,” Congressman Mo Brooks, R-Huntsville, said in a statement. “The shutdown has hurt America, Alabama, the Tennessee Valley, and my own family because of its furloughs and no pay for work done.”

“I am glad that President Trump seems to have found at least a temporary solution to reopen the government,” Congressman Gary Palmer, R-Hoover, said on social media. “I know the shutdown has put many federal employees in a difficult position and that this will be a necessary relief to them. I hope that in the next three weeks, we can put partisanship aside and reach a deal that will keep the government open while also ensuring a secure border. Ultimately, we cannot take chances on the safety of the American people, so we must keep fighting for a solution that prioritizes border security.”

“Illegal aliens and America’s porous southern border cause, at a minimum, 50 deaths on American soil every single day,” Brooks said. “It is fantastic that Democrats recognize the twin evils of shutdowns and the carnage caused by illegal aliens and America’s porous southern border. I look forward to negotiating with Democrats to save American lives by beefing up our border security, building the required border barrier, and preventing yet another avoidable, economically damaging shutdown over border security funding disputes.”

“This is a positive step forward,” Sen. Jones said. “With that said, I am disappointed that it took the President 35 days to agree to a clean continuing resolution. The Senate first unanimously passed one on December 19th, and I have consistently said since that date that we need to re-open the government, get workers paid and back on the job, and then have good-faith conversations about how we strengthen our border security.”

The country could still potentially be facing another partial government shutdown in just over three weeks if the two sides can’t come to some sort of an understanding.

“I strongly urge my colleagues on both sides of the aisle to use this opportunity to come together and begin talking to one another seriously about the kinds of long-term solutions we can agree on,” Sen. Jones said. “No one wants to see another government shutdown next month. We cannot let partisan politics or campaign promises get in the way of doing our jobs for the American people.”

H.J. Res. 31, also passed by the Senate, sets up a Senate-House conference committee on the FY2019 Homeland Security appropriations measure.