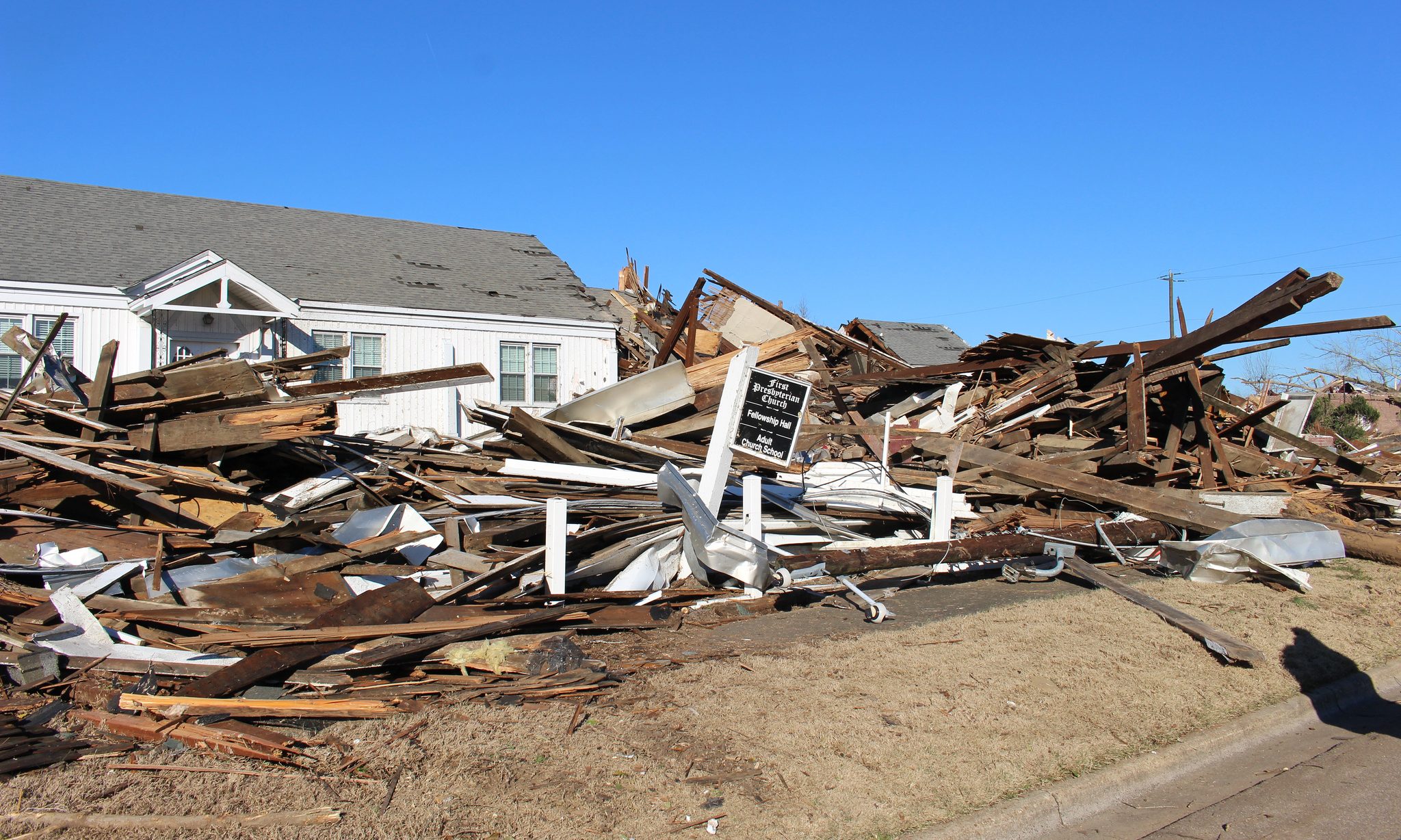 Rep. Martha Roby, R-Alabama, said Friday her thoughts are with all those impacted by the tornado in Elmore County on Saturday.

“I was on the ground in Wetumpka yesterday to visit with residents and local leaders, and I assured them that my office stands ready to assist in whatever ways we are able,” Roby said. “As we await further details about the full scale of damages, I will be praying for those who have been hurt by this disaster.”

On Jan. 19, an EF-2 hit the city of Wetumpka in Elmore County inflicting significant damage. Almost miraculously, no lives were lost, and only minor injuries have been reported.

“The Monday following the tornado, I joined Gov. Kay Ivey and other local officials to spend time on the ground with those impacted,” Roby said. “I had the opportunity to see the devastation firsthand, and it was heartbreaking to say the least. The beautiful, historic First Presbyterian Church was destroyed, and First Baptist Church of Wetumpka sustained terrible damage. The Wetumpka Police Station, senior citizens center and recreation center were also lost in the tornado. More than 35 homes and dozens of businesses were damaged or destroyed. Wetumpka and its residents are in the midst of determining the extent of damages and planning for what needs to be rebuilt, and we must do our very best to help however possible.”

“I am deeply grateful to the local leaders and first responders who immediately jumped to action to begin securing the area and putting the pieces back together for the people who have lost so much,” Roby continued. “During this very challenging time, it has also been encouraging to see the community come together and begin the rebuilding process like a family. Mere hours after the storm, the Elmore County Emergency Management Agency heard from more than 1,000 individuals who signed up to volunteer their time and resources to the clean-up efforts. “

If anyone is local and personally interested in helping out with clean-up in downtown Wetumpka or in Elmore County, they can contact the Elmore County EMA by calling 334-567-6451.

The Elmore County Commission and city of Wetumpka are asking that volunteers please call ahead and follow instructions to ensure proper coordination in order to maximize recovery efforts and resources.

Residents of Wetumpka or Elmore County who need non-emergency assistance related to the tornado should call 211 until further notice. Any emergency calls should still be directed to 911.

Economic developer Nicole Jones also toured the tornado-ravaged historic area and spoke with a representative from the Elmore County EMA, who stated they were thankful to have so much help from surrounding towns that they did not plan to take any additional volunteers that week.

“If you look for the blessing amidst the storm, I could not think of a better bicentennial moment than a community banding together for the common good,” Jones said.

Call the Elmore County EMA with any damage reports.

Moving forward the church will be worshipping on Sundays at the Wetumpka Depot with worship services beginning at 11 a.m. Salvage work on the sanctuary began on Monday, Jan. 28. They promised to reclaim all reasonable materials for reuse. This is a tedious process, but they wish to reuse all they can and to make everything they cannot use themselves available to interested parties in the community.

“Thank you again for your prayers and support,” Yarboro said. “Our historic sanctuary will be rebuilt as it was. The church at Bridge and Bridge will return as it has been since 1856. Be blessed and be a blessing.”