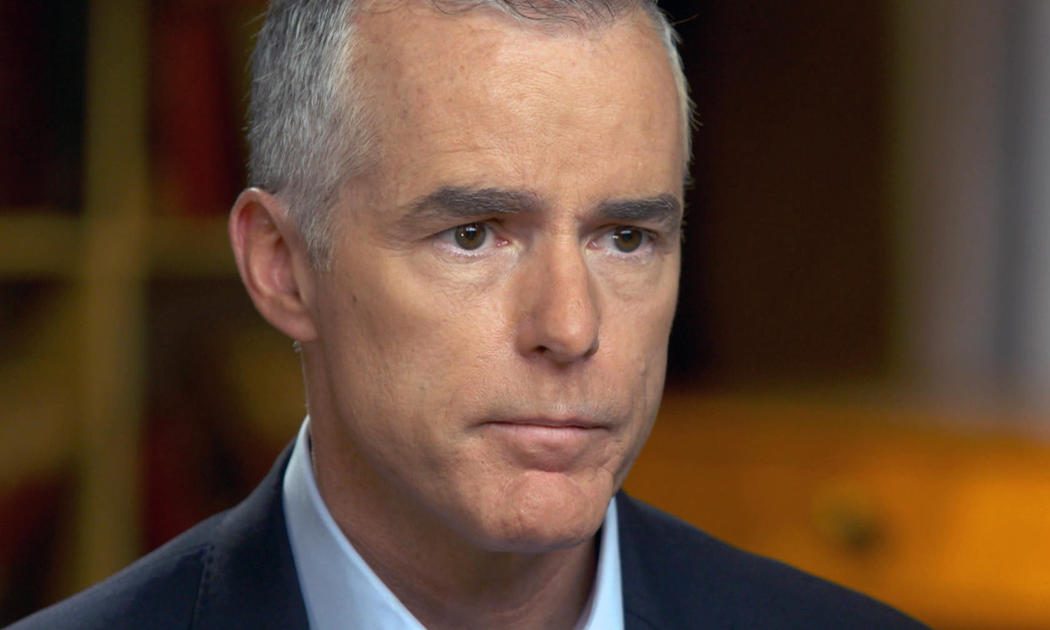 McCabe said that after President Donald Trump fired FBI Director James Comey that Deputy U.S. Attorney General Rod Rosenstein had discussions with him about using the 25th Amendment to remove Trump as president of the United States. McCabe’s claims have angered many of Trump’s supporters.

Trump 2016 Alabama Victory Chair Perry O Hooper Jr. said in a statement: “It appears that there is a distinct possibility that Deputy Attorney General Rob Rosenstein actually tried to lead a coup to remove the President from office from within the Department of Justice by invoking the 25th Amendment. In this interview McCabe said Deputy Attorney General Rod Rosenstein raised the issue shortly after the firing of FBI Director James Comey in 2017. I find this shocking almost beyond belief.”

“I call on all Republican Senators to join Senator Lindsey Graham in his pledge to do everything possible to get to the bottom of the Department of Justice and FBI’s behavior toward President Trump and his campaign,” Hooper said. “This should include subpoenaing everyone involved to testify under oath in front of the Senate Judiciary Committee.”

Perry O. Hooper Jr. is a former state Representative and is a member of the Alabama Republican Executive Committee.

McCabe told CBS’s Scott Pelley that when he went to the White House, “The president immediately went off on a, almost a gleeful description of what had happened with the firing of Jim Comey. And then he went on to state that people in the FBI were were thrilled about this, that people really disliked Jim Comey and that they were very happy about this and that it was, it was a great thing.”

Following the firing of Comey, McCabe said, “People were shocked. We had lost our leader, a leader who was respected and liked by the vast majority of FBI employees. People were very sad. But anyway, that night in the Oval Office what I was hearing from the president was, not reality. It was the version of the events that I quickly realized he wished me to adopt. As he went on talking about how happy people in the FBI were, he said to me, “I heard that you were part of the resistance.””

“And he said—“I heard that you were one of the people that did not support Jim Comey. You didn’t agree with him and the decisions that he’d made in the Clinton case,” McCabe said. }And is that true?” And I said, “No sir. That’s not true. I worked very closely with Jim Comey. I was a part of that team and a part of those decisions.” “I knew I’d given him the wrong answer.”

After Comey was fired, McCabe said that he ordered two investigations of the President himself. They asked two questions. One, did Mr. Trump fire Comey to impede the investigation into whether Russia interfered with the election. And two, if so, was Mr. Trump acting on behalf of the Russian government.

“I was speaking to the man who had just run for the presidency and won the election for the presidency and who might have done so with the aid of the government of Russia, our most formidable adversary on the world stage,” McCabe said. “And that was something that troubled me greatly.” “I think the next day, I met with the team investigating the Russia cases. And I asked the team to go back and conduct an assessment to determine where are we with these efforts and what steps do we need to take going forward. I was very concerned that I was able to put the Russia case on absolutely solid ground in an indelible fashion that were I removed quickly or reassigned or fired that the case could not be closed or vanish in the night without a trace.”

McCabe said, “Rod was concerned by his interactions with the president, who seemed to be very focused on firing the director and saying things like, “Make sure you put Russia in your memo,” That concerned Rod in the same way that it concerned me and the FBI investigators on the Russia case.

“There were a number of things that caused us to believe that we had adequate predication or adequate reason and facts, to open the investigation,” McCabe said. “The president had been speaking in a derogatory way about our investigative efforts for weeks, describing it as a witch hunt, publicly undermining the effort of the investigation. The president had gone to Jim Comey and specifically asked him to discontinue the investigation of Mike Flynn which was a part of our Russia case. The president, then, fired the director. In the firing of the director, the president specifically asked Rod Rosenstein to write the memo justifying the firing and told Rod to include Russia in the memo. Rod, of course, did not do that. That was on the President’s mind. Then, the president made those public comments that you’ve referenced both on NBC and to the Russians which was captured in the Oval Office. Put together, these circumstances were articulable facts that indicated that a crime may have been committed. The president may have been engaged in obstruction of justice in the firing of Jim Comey.”

Pelley asked: “Are you saying that the president is in league with the Russians?”

Trump’s firing of James Comey on May 9, 2017 set off a week of crisis meetings between Rosenstein, who was in charge of the Russia investigation and acting FBI director Andrew McCabe.

“We talked about why the President had insisted on firing the director and whether or not he was thinking about the Russia investigation and did that impact his decision,” McCabe said. “And in the context of that conversation, the deputy attorney general offered to wear a wire into the White House. He said, “I never get searched when I go into the White House. I could easily wear a recording device. They wouldn’t know it was there.” Now, he was not joking. He was absolutely serious. And in fact, he brought it up in the next meeting we had. I never actually considered taking him up on the offer. I did discuss it with my general counsel and my leadership team back at the FBI after he brought it up the first time.”

“Discussion of the 25th amendment was simply Rod raised the issue and discussed it with me in the context of thinking about how many other cabinet officials might support such an effort,” McCabe claimed. “I didn’t have much to contribute, to be perfectly honest, in that– conversation. So I listened to what he had to say. But, to be fair, it was an unbelievably stressful time. I can’t even describe for you how many things must have been coursing through the deputy attorney general’s mind at that point. So it was really something that he kinda threw out in a very frenzied chaotic conversation about where we were and what we needed to do next.”

“What I can say is the deputy attorney general was definitely very concerned about the president, about his capacity, and about his intent at that point in time,” McCabe said.

McCabe was fired from the FBI by then Attorney General Jeff Sessions. Sessions was forced to resign in November. Rosenstein appointed former FBI Director Robert Mueller as Special Counsel to investigate the Russian collusion allegations and the James Comey firing. Rosenstein is still the Deputy Attorney General.