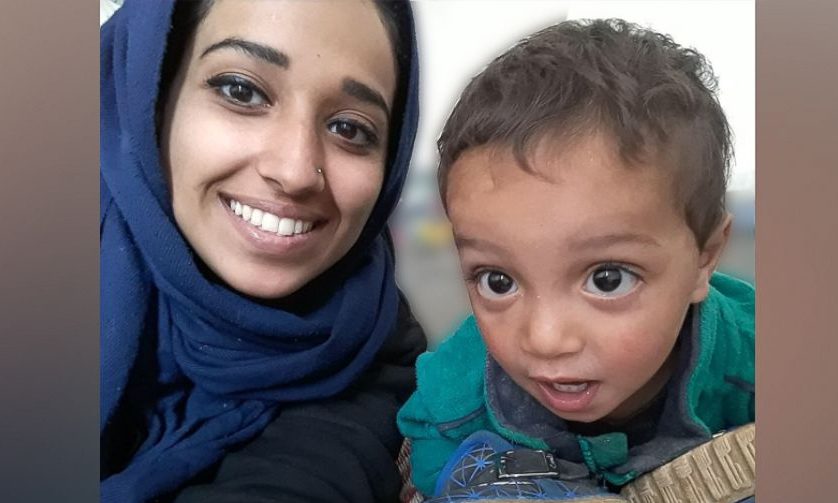 Let’s get that out of the way right up front. The young woman from Hoover who left the country a few years ago to join the Islamic State, or ISIS, should not be granted free entry into the country again simply because she’s now realized that she made a mistake.

Because as mistakes go, that’s a doozy. Right up there with paid two guys to beat me up and pour bleach on me so I could fake a hate crime and get paid more by the TV show I’m on.

Muthana screwed up. Royally. And she should face the consequences of her actions, and she should have American law enforcement and intelligence agencies thoroughly investigate her. And she should serve a lengthy jail sentence, if those entities and the courts determine one is warranted.

But we have to let her back in.

I’m sorry, but we do. She’s an American, and in America, we believe in a system of justice that determines adequate punishment for those who violate our laws and Constitution.

Muthana should be no different.

Honestly, I would think the people of Alabama would be most understanding about this. Particularly those who continue to fight to preserve monuments to men who led a revolt against the U.S. — men who turned their backs on their county over an awful, horrifying cause.

Seems like we should know better than anyone that sometimes folks just get twisted up and make awful decisions.

Particularly when religion is involved.

How many dumb and downright terrible things have occurred in Alabama in the name of religion?

Our ancestors used it to justify slavery. It was used to justify Jim Crow laws. I’ve heard it used to defend not providing welfare to poor people. It was used a few years ago to justify a terrible anti-immigration bill.

And let’s be honest, religion is truly at the heart of wanting to keep Muthana out of the country. Our fear of Islam — particularly “radical Islam” — will lead us to violate any portion of the Constitution.

And that’s exactly what several state and national politicians are doing right now — vowing to prevent Muthana from re-entering the U.S. to stand trial.

Secretary of State Mike Pompeo, at the direction of the president, led the way. Alabama Congressman Gary Palmer agreed with them.

“Those who betray the country and fight for ISIS have to suffer the consequences for their actions. Secretary Pompeo has expressed that she has no legal basis to return to the U.S. and I agree with him. She forfeited the privileges of citizenship when she provided aid to radical extremists seeking to kill Americans,” Palmer told AL.com.

Except, that’s not how it works. You can’t forfeit your citizenship by making dumb choices.

And in America, we determine the loss of citizenship through our court system.

Look, the courts may determine that Muthana fought in a foreign army or in some way renounced her citizenship or that she committed an act of treason against the country.

If so, bye, Muthana.

But one of the things that makes this greatest country is that our court system — flawed as it might be — is the answer to these questions. It has to be.

If we allow fear and anger to push us into abandoning our system of justice, we all lose.