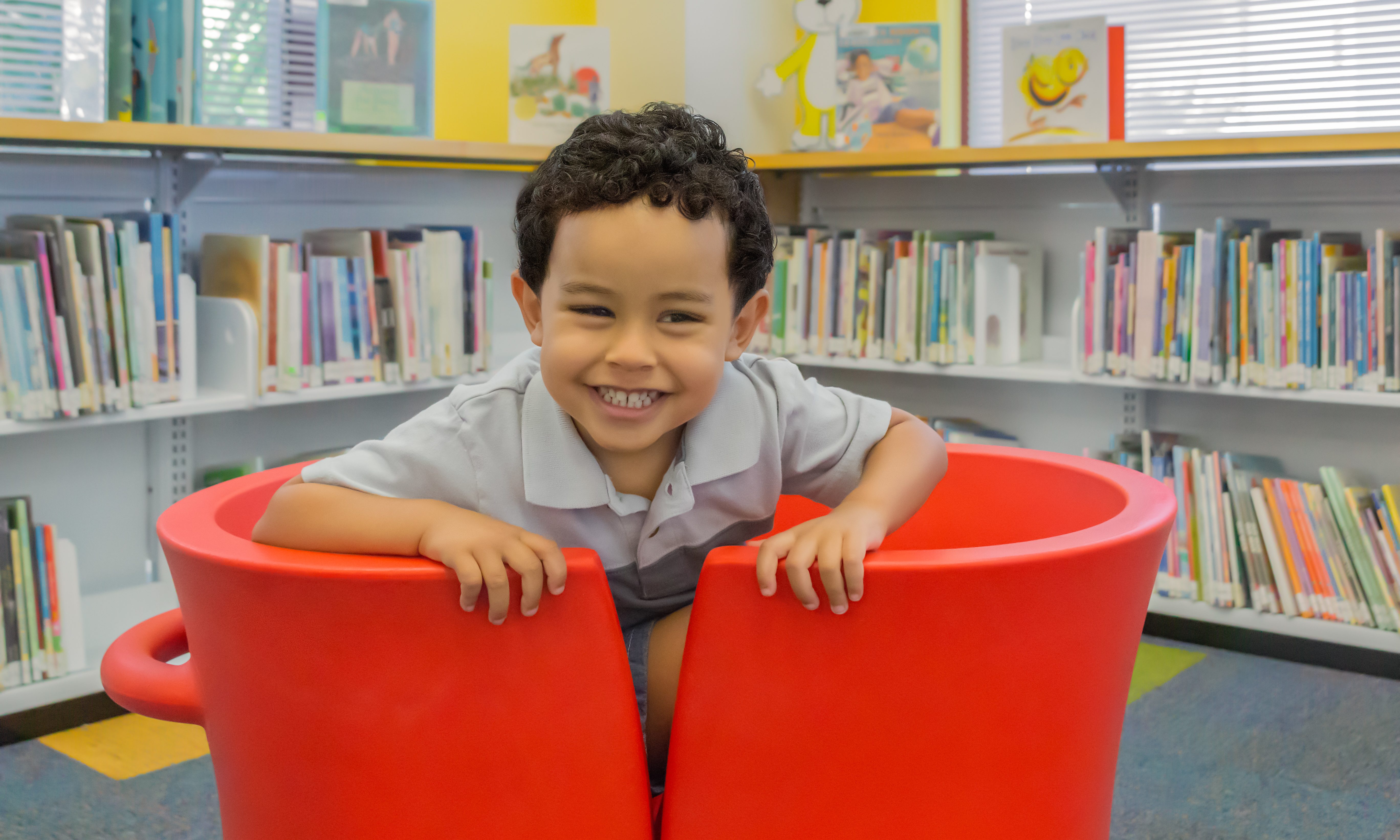 Going to the library is about having fun for this toddler.

The Alabama School Readiness Alliance’s business-led Pre-K Task Force endorses Governor Ivey’s FY 20 budget recommendation for First Class Pre-K. The ASRA Pre-K Task Force consists of more than 60 prominent leaders from the business, education, civic, medical, legal, philanthropic, military and child advocacy communities. The endorsement of the Governor’s pre-k funding proposal is one of a series of recommendations proposed by the ASRA Pre-K Task Force today as it enters year seven of its 10-year campaign to fully fund the state’s First Class Pre-K program while maintaining the program’s benchmarks for quality and accountability.

The 2019 Alabama School Readiness Alliance Pre-K Task Force Recommendations are available in their entirety at alabamaschoolreadiness.org/recommendations.

“Earlier this year, more research was released confirming that Alabama students that attended First Class Pre-K are outperforming their peers in reading and math as they advance through school,” said Bob Powers and Mike Luce, business leaders and co-chairs of the Alabama School Readiness Alliance Pre-K Task Force. “Still, there is only enough funding appropriated to give one out of every three four-year-olds in our state a chance to take part in this program. Governor Ivey’s funding request keeps our state on a path to fully funding the voluntary First Class Pre-K program by the end of her term. We wholeheartedly endorse her proposal.”

The Pre-K Task Force first proposed expanding pre-k access to all families in 2012. Since then, state leaders have incrementally increased the level of investment in Alabama’s First Class Pre-K program from $19 million to $96 million. In 2012, the program enrolled just six percent of Alabama’s four-year-olds. In the 2018-19 school year, 32 percent of Alabama’s four-year-olds attend First Class Pre-K.

The Alabama Department of Early Childhood Education manages the First Class Pre-K program. For 12-years in a row, it has been ranked the number one state-funded pre-kindergarten program in the country for quality by the National Institute for Early Education Research.

New research by the Public Affairs Research Council of Alabama and the University of Alabama at Birmingham has found that students who participated in a First Class Pre-K classroom – regardless of demographics, zip code or school – are more likely to be proficient in math and reading than their peers. This state-based research is consistent with additional longitudinal studies that followed students through adulthood and found that those who participated in a high-quality pre-kindergarten program were more likely to graduate from high school, more likely to go on to college and become successful in the workforce, and less likely to commit a crime.

The Alabama School Readiness Alliance advocates for the expansion of high-quality, voluntary pre-kindergarten. ASRA works to ensure that pre-k is a continuing priority for Alabama’s children, parents, community leaders, legislators, and governing officials. ASRA is a collaborative effort of A+ Education Partnership, Alabama Giving, Alabama Partnership and VOICES for Alabama’s Children. Visit www.alabamaschoolreadiness.org to learn more.