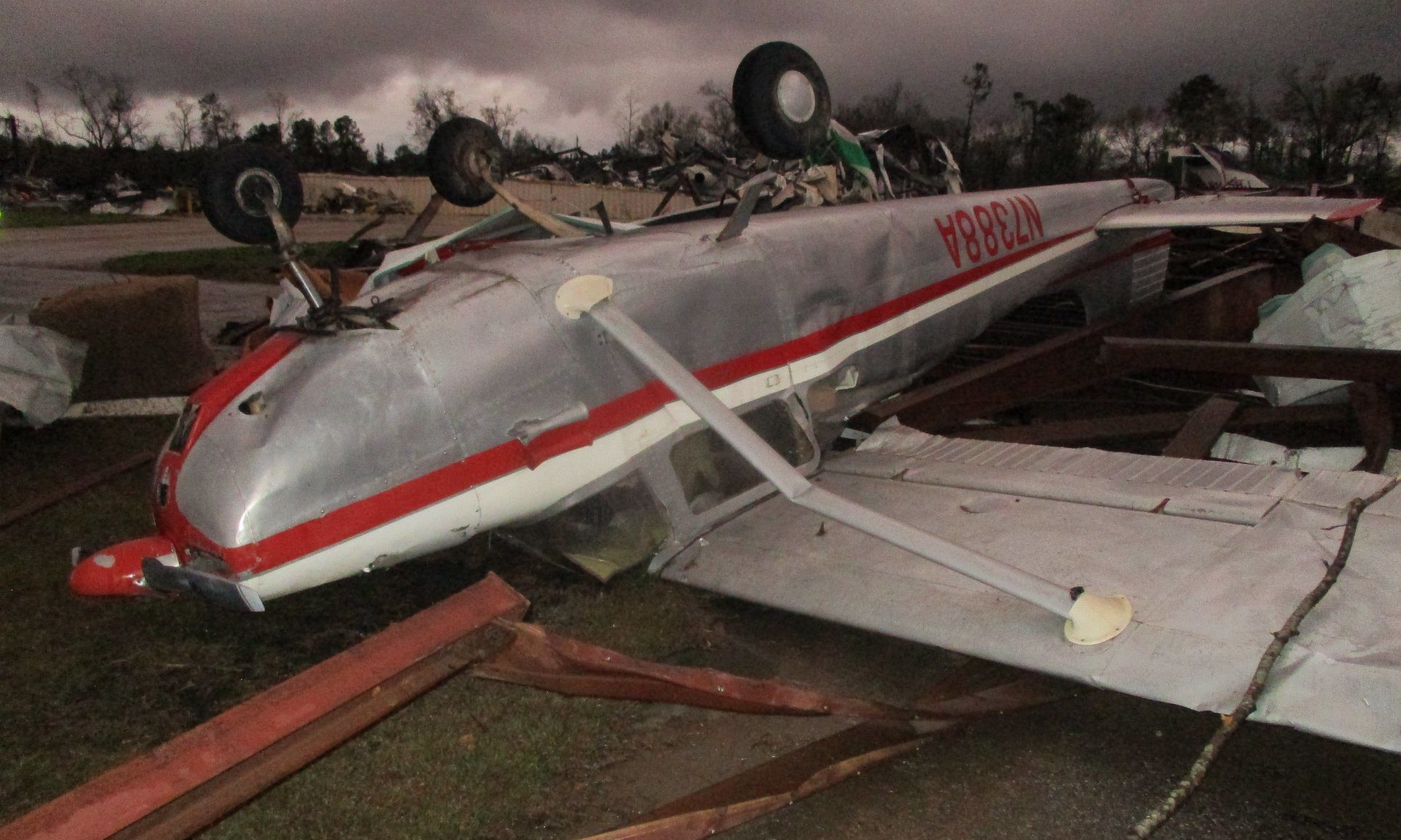 The City of Eufaula is still assessing the tornado damage from the tornado touch down on March 3.

Eufaula municipal airport manager Eric Langham told the Alabama Political Reporter Monday that 27 aircraft were damaged or destroyed. The hangars were all destroyed, though the airport office is undamaged.

Langham said that the airport is insured, and they are waiting on insurance adjusters to assess the damage.

Even though the hangars are destroyed and the airfield is littered with mangled aircraft, Langham said that the airport is up and operational.

Eufaula Fire Chief Holmes told the Alabama Political Reporter that there were two firefighters inside when the tornado took down the fire station. The two firemen survived the storm by going in the shower.

The fire station like the airport hangars is nothing but a pile of twisted metal.

The City had begun the process of removing the wreckage on Monday when APR inspected the damage.

Holmes told APR that the City did have a fire engine in the station when it was destroyed.

Holmes said that the fire engine has been sent for repairs. The fire engine suffered a lot of cosmetic damage as well as suspension damage. The city is waiting for insurance adjusters to estimate the damage.

Holmes said that no one was injured or killed in Eufaula. “Save your thoughts and prayers for the people in Lee County,” where 23 people died in the small communities of Beauregard and Smiths Station during the same night of storms as the Eufaula tornado damage.

Jack Tibbs is the Mayor of Eufaula,

Tibbs told WTVY reporter Linsey Smith, “It’s amazing the amount of devastation a storm can do. Again, no injuries whatsoever…everyone has been accounted for. All this stuff can be fixed…we’re thankful for that.”

Eufaula hosts its famous annual pilgrimage on April 5-7. People come from all over the country come to tour the Antebellum and Victorian Age homes in the southern city, which was historically important strategically for it’s position on the Chattahoochee River. The storm went through the northern part of the town; missing the historic district homes as well as the downtown and business districts.  Eufaula is also home to Lakepoint State Park, Lake Eufaula, and the Eufaula National Wildlife Refuge.