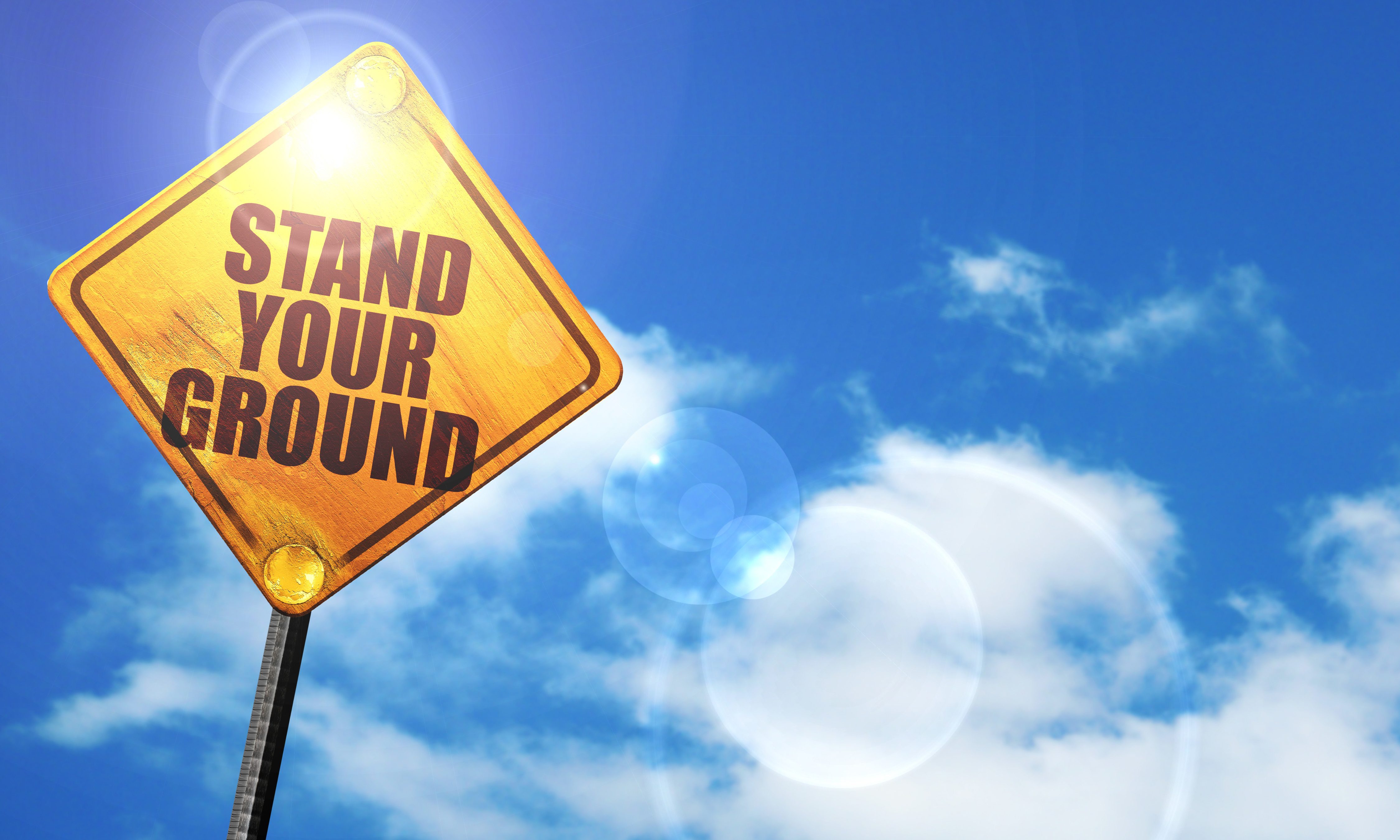 stand your ground: yellow road sign with a blue sky and white clouds

The current law establishes that a person may use deadly physical force to defend themselves or others from life-threatening physical force. HB 49 extends the stand your ground law to Church.

HB 49 effectively authorizes any person to use deadly force to intervene when members of a religious group perceive a physical threat.

Moms Demand Action for Gun Sense in America and Every Town for Gun Safety both oppose the legislation. They said that the bill would expand the stand your ground concept, “Even in situations that are clearly not life-threatening. The use of deadly force in these situations would be justified under law and immune from criminal prosecution and civil action.”

The anti gun vioence groups said in a statement:

“The bill purports to be about protecting religious institutions, it defines a church as a congregation rather than a physical building. Thus it applies to any member of a religious group at any time, even when they are not actually on church property, opening the door for the bill to be exploited. Alabama’s current Stand Your Ground law is already one of the most expansive in the country. Stand Your Ground laws are associated with clear increases in homicides and encourage violence, often among those with violent backgrounds. In Florida, nearly 60 percent of people who claimed stand your ground defenses had been arrested before. A staggering 30 people nationwide are killed each month as a result of Stand Your Ground laws. Stand Your Ground also has a disproportionate impact on communities of color. Research shows that when white shooters kill black victims, the resulting homicides are deemed justifiable 11 times more frequently than when the shooter is black and the victim is white.”

They claim that the bill is unnecessary and would only further embolden people to shoot first and ask questions later and could be exploited by violent criminals as an opportunity to use lethal force with no consequence.

Greer told Alabama Public Television Capital Journal host Don Daily that the bill has passed the House the past two years and predicted that it will pass the House again this year. The state Senate is where the bill has stalled in the past.

Greer told Daily that the big Churches can afford to hire private security or off duty police officers; but that is not an option for Churches in rural areas. Greer said that someone could walk into a Church and shoot twenty people and someone who had their gun with them would have to have the shooter point his gun at them before they could shoot under current law. He said that they were teaching people to shout at the shooter to get his attention in order to be able to shoot them in self defense. Greer said that a thief who wanted to make some money could walk into Church and do well stealing the collection plate.

Greer said that there is overwhelming support from all over the state for his bill.

HB 49 is now awaiting action by the full House.