Opinion | Del Marsh: Let the people vote on a lottery and gaming (2015) 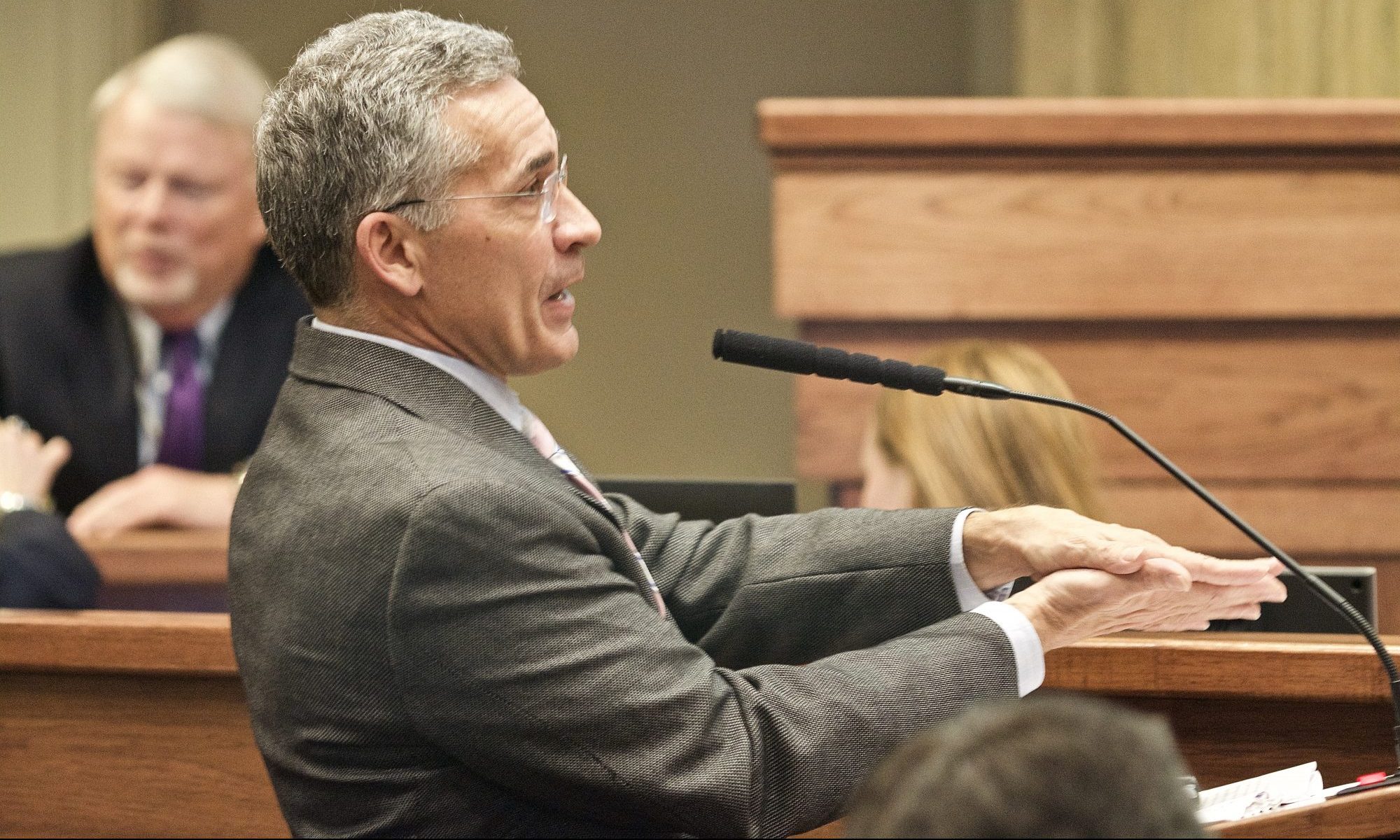 Senate President Pro Tempore Del Marsh in 2015 wrote the Op-Ed below. His opinion was widely circulated throughout the state. Recently, Marsh appears to have changed his position on lottery and gaming, arguing against his 2015 position of allowing games at the state’s four existing pari-mutual racetracks; a move that would only benefit the Poarch Band of Creek Indians.

APR believes it is a good time to remind voters of what he said a few short years ago.

Five years ago we came to Montgomery on a simple promise: to streamline state government, to cut waste, to bring efficiency and a business-like approach to state services.

We went to work and we did our job. While there is still work to be done, we delivered on that promise for the taxpayers of Alabama.

But in 2015 there are hard truths and new budget realities that must be faced. There are serious funding problems that cannot be solved only through additional budget cuts. Health care and prisons costs continue to rise, while we struggle to meet the obligations of essential state services for our children and seniors. And that’s the key word: essential state services.

One or the other. Raise taxes? Find new sources of revenue?

This is a big question, one so big it should not be made by the Alabama Legislature alone. I believe this decision, this choice, should be made by the people of Alabama. Let them decide the basic question: Higher taxes or new sources of revenue. I trust their wisdom and judgment on this matter.

What new sources of revenue should we consider? One fact is indisputable. Hundreds of millions of Alabama dollars are going to Mississippi, Florida, Tennessee and Georgia to play in their lotteries, their casinos. Hundreds of millions of Alabama dollars give their children pre-k, their children scholarships, and their seniors’ benefits. And it gives their state governments funding for essential state services. They receive those benefits while creating new jobs for their people, new investments for their towns and cities, new hotels, restaurants, entertainment facilities, new tourism dollars. All for them and none for us. With our money.

Folks, that makes no sense. It is time that Alabama gambling dollars stayed right here in Alabama, creating new jobs for our workers, creating new investments for our businesses, expanding tourism and opportunities for our towns and cities, and creating new funding for our seniors and school children. Without raising taxes.

It is time we gave the people of Alabama a simple plan, a simple choice. Higher taxes or expanded gaming? Let the people decide.

It is time to for the people to vote on a comprehensive gaming plan that would keep these dollars at home. We need a plan that addresses all of gaming: a lottery, expansion of casino gaming at four existing tracks in Mobile, Macon County, Greene County and Birmingham, and a gaming pact with Native American casinos. All in one, simple plan.

My proposed constitutional amendment does exactly that. This amendment creates an Alabama lottery and allows casino gaming – slot machines and table games — at Native American casinos. It will also permit casino gaming at the four existing non-Native American casinos as well. And it will keep Alabama gaming dollars in Alabama, working for Alabama.

As a constitutional amendment, is must be passed by a vote of the people to be enacted.

Alabama lottery and casino gaming would create a $1.2 billion annual economic impact for the state of Alabama, and generate almost $400 million in new revenue for state programs, according to a new research study by the Institute for Accountability and Government Efficiency at Auburn University of Montgomery. In addition, the study found that more than 11,000 new jobs would be created if casino gaming were allowed at the current facilities located in Mobile, Birmingham, Macon and Greene County.

Do you want a lottery to help fund essential services for Alabama? Let the people decide.

Do you want to keep the casino dollars now going to other states in Alabama? Let the people decide.

Republicans call collusion story “nothing more than a political hoax”

Opinion | Caring for the brave in the land of the free