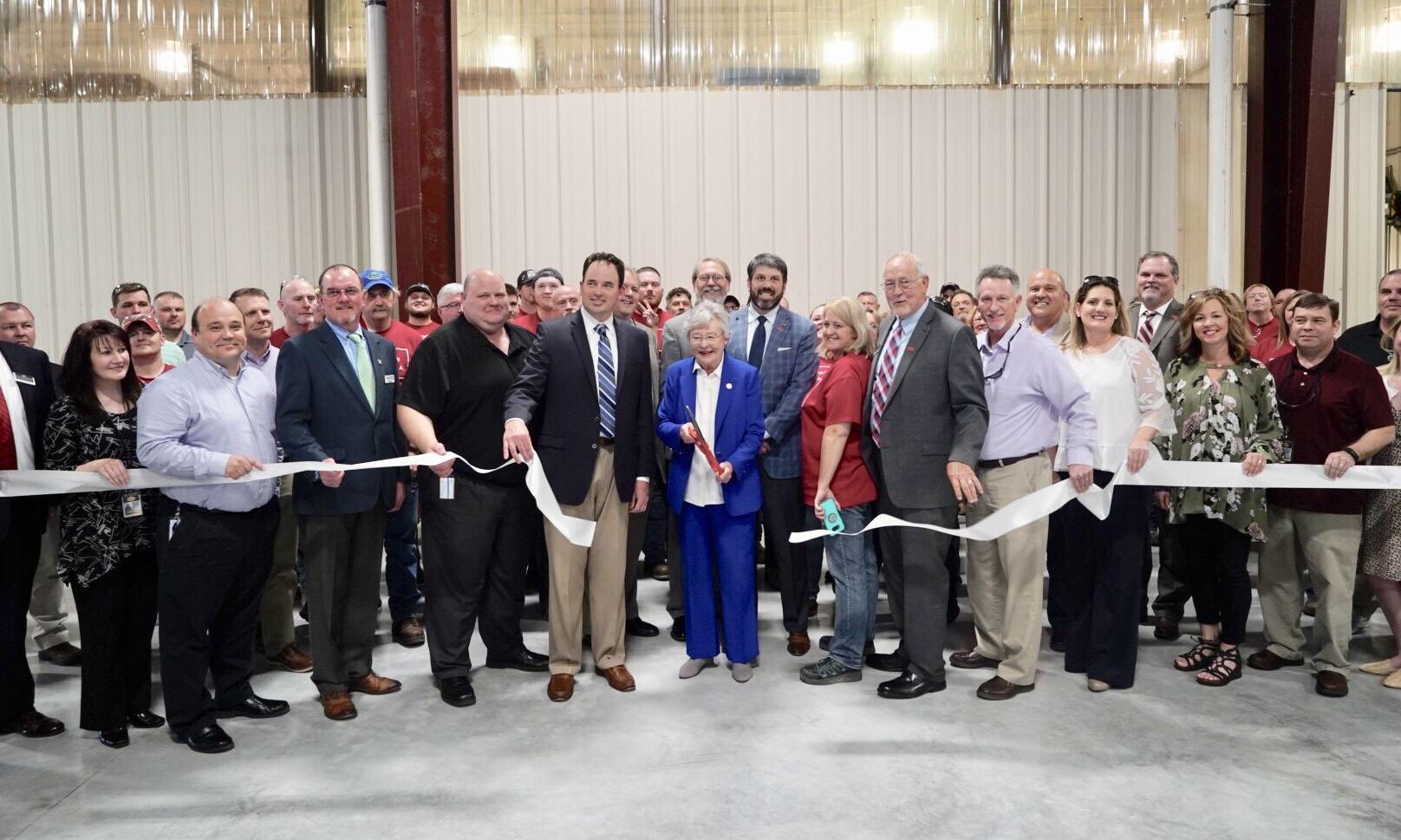 Alabama Governor Kay Ivey (R) joined company officials and local leaders at AGCO’s facility in unincorporated Bremen for a ceremonial ribbon-cutting on a 32,000-square-foot expansion that will house the new production line.

“AGCO’s addition of the Farmer Automatic production line in Bremen is a significant step for this area and for all of rural Alabama. I’m very grateful that these products will now, not only be Made in America, but also Made in Alabama,” Governor Ivey said.

Economic developer Nicole Jones said, “Agriculture and food production has always been one of Alabama’s dominant industries. AGCO is a leader in the manufacturing of machines and equipment that respond to the world’s demands for food and fuel.”

Nicole Jones said, “What a win for rural economic development today. AGCO’ s decision to expand in rural Bremen will result in tremendous benefits related to income and quality of life – for the Cullman County area as well as our state.”

AGCO Corp. is investing $5.7 million in the project creating 50 jobs.

AGCO employees presented Gov. Ivey with a Made in Alabama T-shirt after the ceremony announcing the expansion.

“AGCO is excited to expand our investment in Cullman County at our Bremen facility,” said Hans Lehmann, vice president and general manager, AGCO Grain & Protein North & South America. “We like to say our products are ‘Proven and Dependable.’ The same can certainly be said about Cullman County.

“The fact we’ve not had one lost time safety incident speaks volumes to the quality of the workforce in the county,” Lehman added. “And with the community’s commitment to assist with industrial training and critical infrastructure improvements, we’re confident in the future.”

Lehmann said that AGCO, a global company, quickly “determined that Farmer Automatic should be made in Alabama.”

The director of the Cullman Economic Development Agency, Dale Greer said that AGCO’s expansion project was made possible through the cooperation of state, county and city leaders.

“We are very fortunate to be able to work with our state and county leadership to keep a great company growing in Cullman County,” Greer said. “It’s a big advantage to have the ability to ensure companies succeed in the rural parts of the county the same way they succeed in more urban areas.”

State Senator Garlan Gudger (R-Cullman) said, “To have a globally renowned industry in AGCO locate, grow, and expand here is a testament to the generations of hardworking families in this area and the flourishing Alabama economy. Every day, it seems as if there is a new headline about some region in Alabama that is growing, expanding, and adding more jobs, but to see it happen here in Bremen, in rural Alabama, truly is special.”

“While we have had success in facilitating rural economic development, we want to continue to improve and do more to help the state’s rural counties and small towns and cities,” Canfield said. “We’re committed to providing additional resources to stimulate rural development, and the creation of the rural development manager position will move that effort forward.”