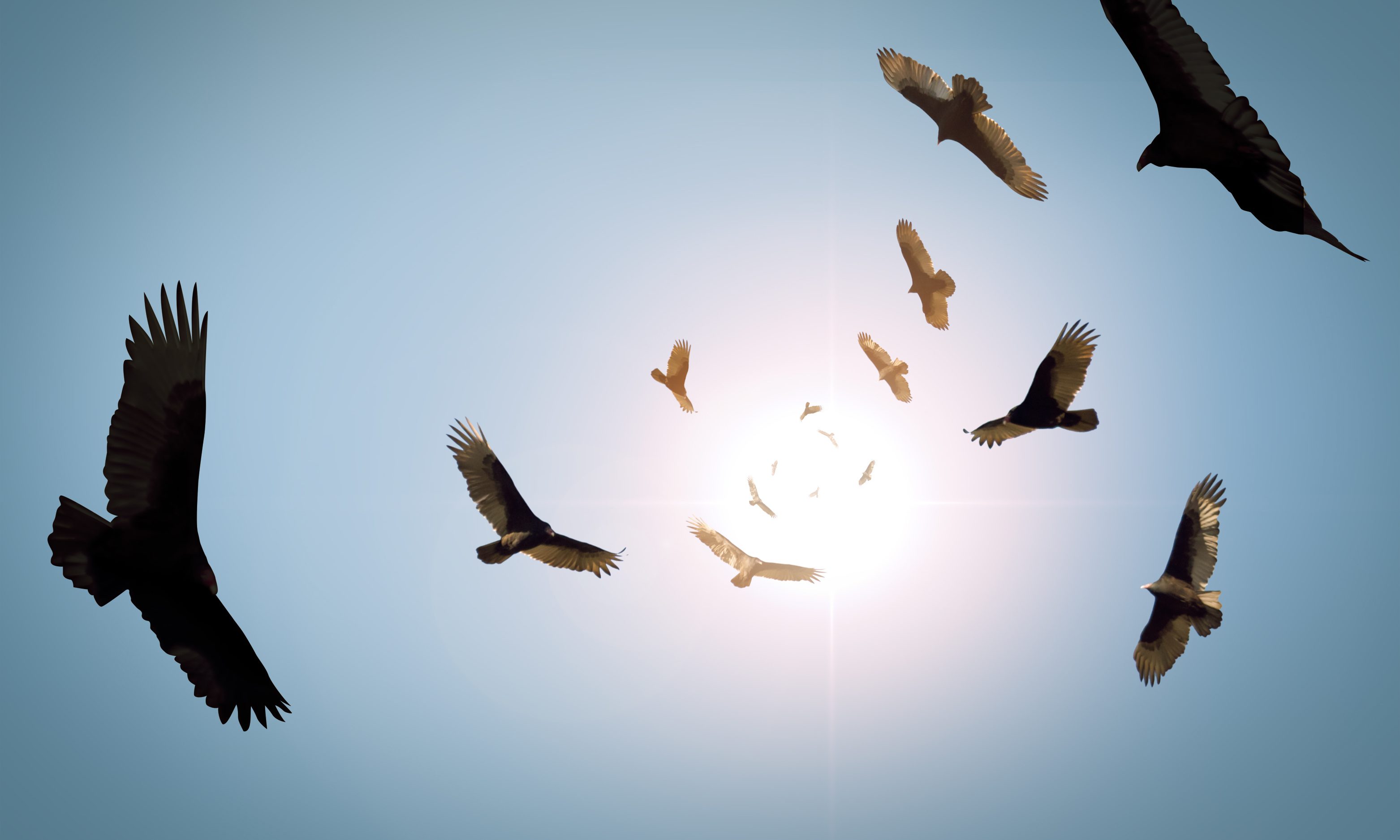 Just east of I-65 on the way into Montgomery this week, buzzards circled overhead as Buffalo Springfield’s ’60s protest song, “For What It’s Worth,” played on satellite radio.

Perhaps a fitting omen for a legislative session that has so far seen little in the way of actual proposals that benefit the people of Alabama.

What do youthful hopes for change and scavengers picking at the flesh of a rotting carcass have in common with the 2018 Legislative Session? Surprisingly a lot.

A fresh group of Republicans in 2010 defeated the Democrat establishment by promising voters a new day of strong ethics, transparency and a return to government for the people.

Less than a decade later, a group of high-powered legislators are threatening the ethics reforms created by that freshman body in 2010, kowtowing to a special-interest-gaming monopoly and lying about it all.

Republican Sens. Del Marsh and Greg Albritton are two of the most powerful brokers in the upper chamber, and both men are working against the best interests of the state.

Marsh, the President Pro Tempore of the Senate, and Albritton, the Finance and Taxation General Fund chairperson, wield immense influence over legislation that comes before the Senate.

Marsh and Albritton have joined forces to gut the state’s ethics laws and to block the people from voting on a lottery that would benefit education.

The only thing these men have in common that is easily visible is both have taken tens of thousands in campaign contributions from the Poarch Band of Creek Indians. During the last election cycle, Albritton received around $65,000 from the tribe even though he ran unopposed, and Marsh, in his bid to elect a Republican Senate, has asked for and received hundreds of thousand from the Poarch Creeks.

Some senators refer to Albritton as the senator from Poarch Creek because the tribe is in his district but also because his family descent from the tribe.

Last week, Sen. Cam Ward, R-Alabaster, who heads the Senate Judiciary Committee basically said the ruinous ethics bill proposed by Marsh and Albritton was dead in his committee. However, since then, the pair have continued to lobby Republican caucus members to climb on board with the measure. Albritton is even suggesting that he and Marsh go around the Judiciary Committee to get the bill to the Senate floor.

Most senators tell APR privately that they don’t want to vote on the bill first because they fear to oppose the powerful duo, and secondly, because they do not want the taint of a law that reverses the hard-won gains of 2010.

The state’s attorney general is against the bill, so is the director of the State Ethics Commission, but their vocal opposition isn’t deterring Marsh and Albritton.

Many lobbyists who would be given free rein under the bill are against it as are most of the state’s big mules. But Marsh and Albritton still seem eager to see the ethics laws passed in 2010 abandoned.

The Legislature in 2018, formed a commission tasked with making recommendations on how current law might be improved. Marsh and Albritton’s bill completely ignores the findings of the commission, lurching into uncharted territory where ethics laws would generally not apply to those it is meant to govern.

During the investigation into then-Speaker of the House Mike Hubbard, Marsh found himself in front of a grand jury and later as a witness at Hubbard’s trial. As a wealthy businessperson, it may be as simple as Marsh wants to destroy the ethics laws so he will never be forced to appear before a grand jury or be a witness in a public corruption trial.

Perhaps Albritton’s motivation is as simple as he wants his primary constituents, the Poarch Creeks, to be able to buy lawmakers with gifts and other trinkets.

Whatever the men’s motivations, the results of their actions — if successful — will devastate the gains Republicans made in 2010, and turn the state into little more than a pay-to-play banana republic.

The Poarch Creeks in the last election gave around $1.4 million to mostly Republican lawmakers and public officials. Gov. Kay Ivey returned the tribe’s donations during the general election. But make no mistake about it, the Poarch Creeks are becoming the most influential lobbying force in the state, buying lawmakers’ loyalty and votes.

Nowhere is the tribe’s force more potently on display than its opposition to a lottery bill sponsored by Sen. Jim McClendon, R-Springville.

In what is seen as a desperate attempt by Marsh and Albritton to save the Indians’ gambling monopoly, they sponsored a completely different bill that ensures the tribe’s casinos remain without competition, unregulated and untaxed.

While the McLottery would help the children of Alabama, the Indian lottery only helps the tribe.

Marsh originally co-sponsored the McLottery but abandoned McClendon to side with the Poarch Creeks.

Marsh, in 2015, championed a lottery bill much like McClendon’s, but now, he is working to serve the interests of the Poarch Creeks.

When Republicans were fresh off their big win in 2010, they embraced real ethics reforms, transparency and a promise to work for Alabama citizens.

The promise of those first years of Republican rule has faded, and now, the buzzards have come home to roost.