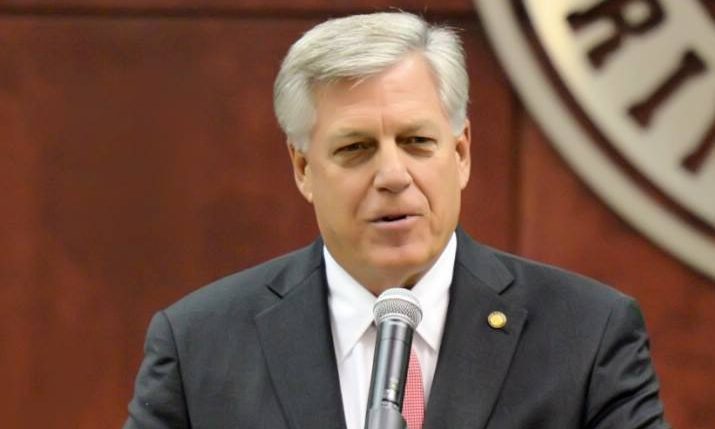 Sen. Gerald Allen, R-Tuscaloosa, was unanimously chosen to serve as the chairman of the Joint Transportation Committee in the Legislature by its members.

During the March special legislative session, the Joint Transportation Committee’s mission was broadened due to Gov. Kay Ivey’s Rebuild Alabama infrastructure plan. The broadening was meant to create more accountability for the Alabama Department of Transportation. The committee members have increased to oversee ALDOT’s Statewide Transportation Improvement Program, ALDOT’s long-range plan of road and bridge projects.

“I am honored to be chosen as chairman for this important committee — few things are as key to Alabama’s economic prosperity as a modern transportation network that features safe roads and bridges,” Allen said. “Alabama has a long way to go, frankly. In 2015, the American Society of Civil Engineers gave Alabama’s roads a D-plus grade. Part of that is because we have been under-funded compared to other Southeastern states.”

Allen said this is why the Rebuild Alabama infrastructure plan is important. He also assured listeners he and the members of the Joint Transportation Committee would work to ensure all money allocated to transportation is spent wisely.

The committee is made up of 12 state representatives and 12 state senators, with a House and Senate member apiece for Alabama’s seven Congressional Districts and the five ALDOT regions.

“From my ongoing conversations with our congressional delegation in D.C., I understand that they and President (Donald) Trump’s team are working on the general outlines of a federal infrastructure package, too,” Allen said. “A lot will depend on Speaker (Nancy) Pelosi and the Democrats, of course, but Alabama is in a great position to benefit should Congress approve a federal transportation package.”

Sen. Gerald Allen represents District 21 in the Alabama State Senate, which is comprised of all or parts of Tuscaloosa, Pickens and Lamar Counties. He is chairman of both the Senate Transportation and Energy Committee and the Joint Transportation Committee.