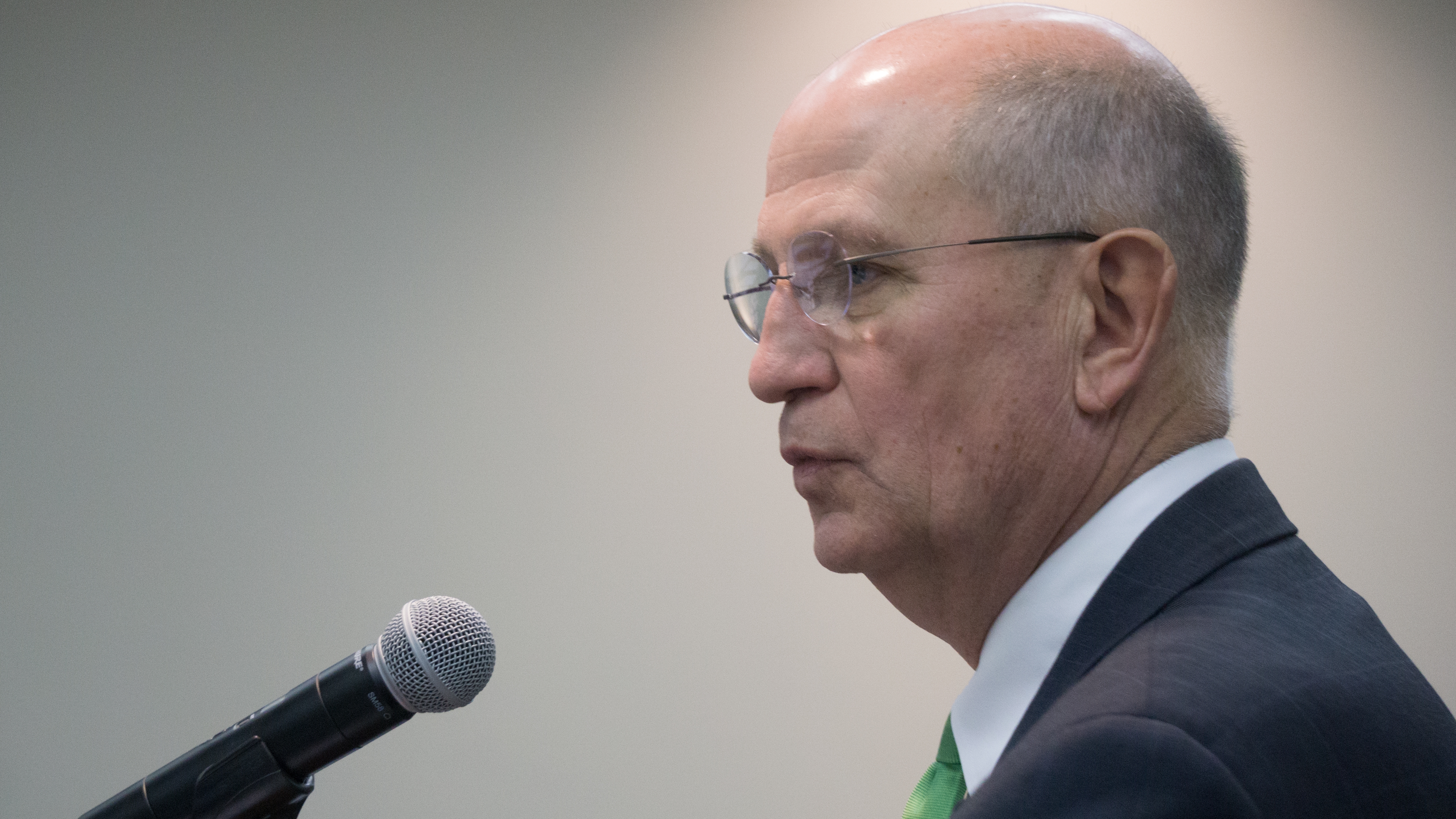 Stutts said, “It has been a pretty contentious session.”

“We have had a lot of non-Republican bills,” Stutts said. “It started with the special session for the gas tax. Then there was the lottery bill. Medical marijuana is coming up.”

“I finally got a bill on the calendar,” Stutts said. “Those of us who voted against the gas tax — we kind of were in Purgatory, where we could not get our bills on the calendar. Well, I am out of Purgatory now.”

“There were two competing lottery bills,” Stutts said. “One was very wide open. The one that passed was a very simple paper lottery.”

“A lottery is a very poor way to fund government,” Stutts said. “I an not for either one, but if you really want a lottery we got the wrong one.” The analysis shows that, “72 percent of millennials won’t play a paper ticket lottery. They want to play it on their phones. We passed the very very restrictive paper lottery. I personally don’t think that it will generate near as much money as the sponsors said and it has built in protections for the Poarch Creek Indians.”

“There are only three companies that manage the lottery in the country,” Stutts said. “We will be contracting with one of them. 25 percent goes to local convenience stores.” “20 percent goes to the out of state company that runs the lottery. That money goes to the out of state company and does not get recycled in to our economy. A lottery is not a financially sound way to run the economy.”

Stutts said that it goes to the House next and will probably be on the ballot. “All the money will go to the general fund.”

“We probably are going to have a special session in the fall to deal with prisons,” Stutts said. “We met last week with the U.S. Attorney at lunch as a caucus.”

“Probably the best thing for the state is a negotiated settlement,” Stutts said. “We have to show that we are doing something and are not just ignoring the court.”

Stutts said that the state has to make substantial progress on the prisons to show the Justice Department that they don’t need to do anything else. We need to deal with this.

County Commissioner David Black announced that Alabama Republican Party Chairman Terry Lathan will be meeting with Republican in Hamilton for breakfast next week.

The Shoals Republican club meets for breakfast at the TVA Credit Union Conference Center on South Wilson Dam Road at 8:00 a.m. in Muscle Shoals in Colbert County. Next month’s speaker will be Congressman Bradley Byrne, R-Montrose. Byrne is a 2020 candidate for U.S. Senate.