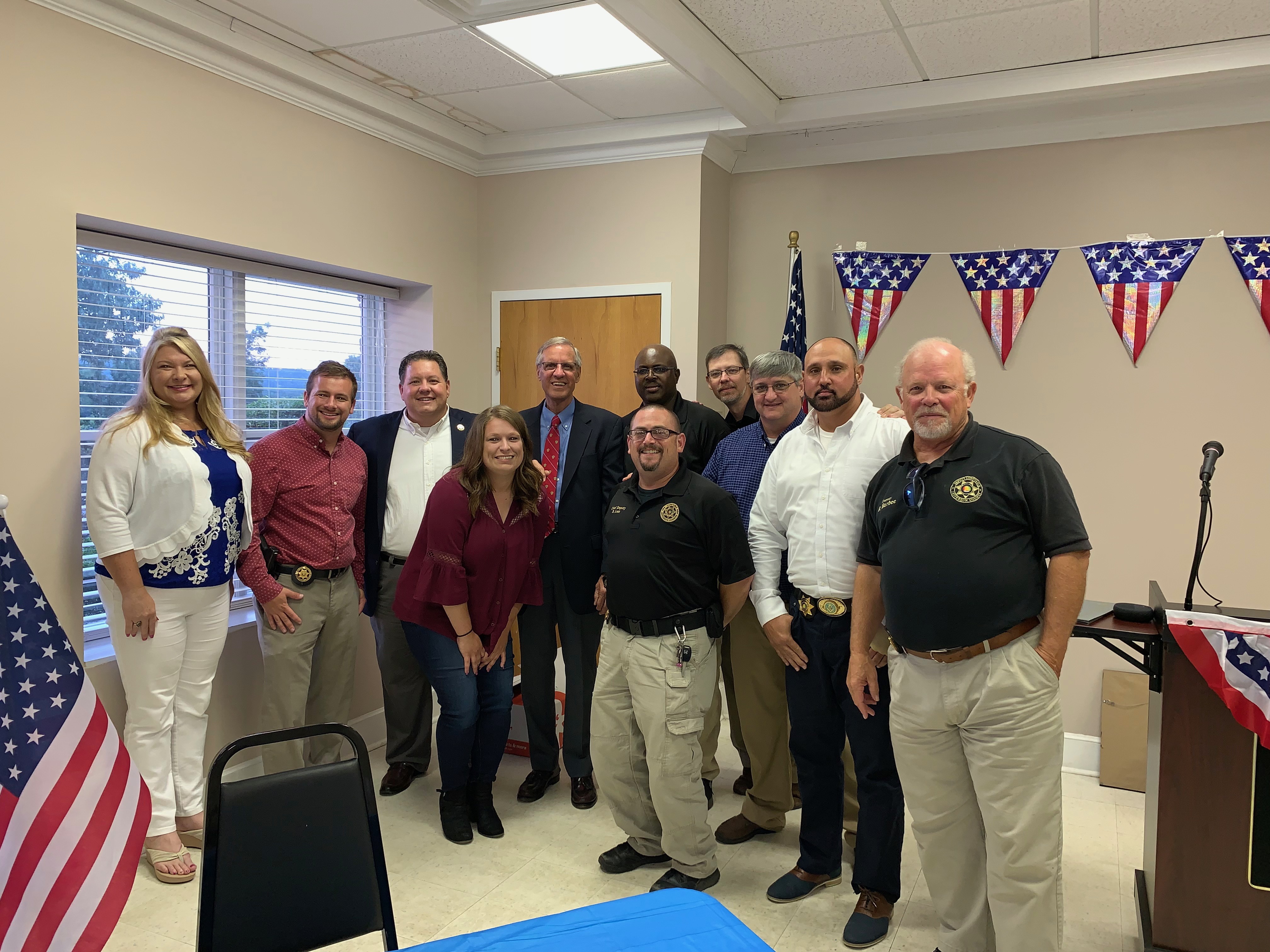 The dinner, sponsored by Martin’s BBQ Joint in Cahaba Heights, honored Deputy Constables who have been serving their community.  The event was held at the New Merkel Community Center in Vestavia Hills. Vestavia Hills Mayor Ashley C. Curry was the featured speaker of the evening. Mayor Curry spoke about his years as an FBI agent and the experiences he learned from. He also applauded the Deputy Constables for their volunteer efforts in the City of Vestavia and throughout the county.

“Volunteers are so important to a community. I’ve seen many of you out working in Vestavia and other cities. What you are doing is so important to the people of Jefferson County. On behalf of Vestavia and its citizens, I want to thank you for all your efforts,” said Mayor Ashley Curry.

Constable Barbee spoke about the history of Constables and how District 48 has grown in the last several years. He then presented awards and promotions to 11 Deputy Constables.

“This night is about honoring the members of our team who have shown outstanding service to our community. We want to make sure they are recognized for the great job they are doing,” said Constable Jonathan Barbee

Deputy Constables are volunteer community court officers that are mostly responsible for delivery of court documents, but also provide assistance with traffic control in construction zones or at the scenes of traffic accidents. Deputy Constables also provide assistance with security at events and are visibly seen patrolling neighborhoods when they are serving court documents.

Here are some of the Awards and promotions given out during the evening: