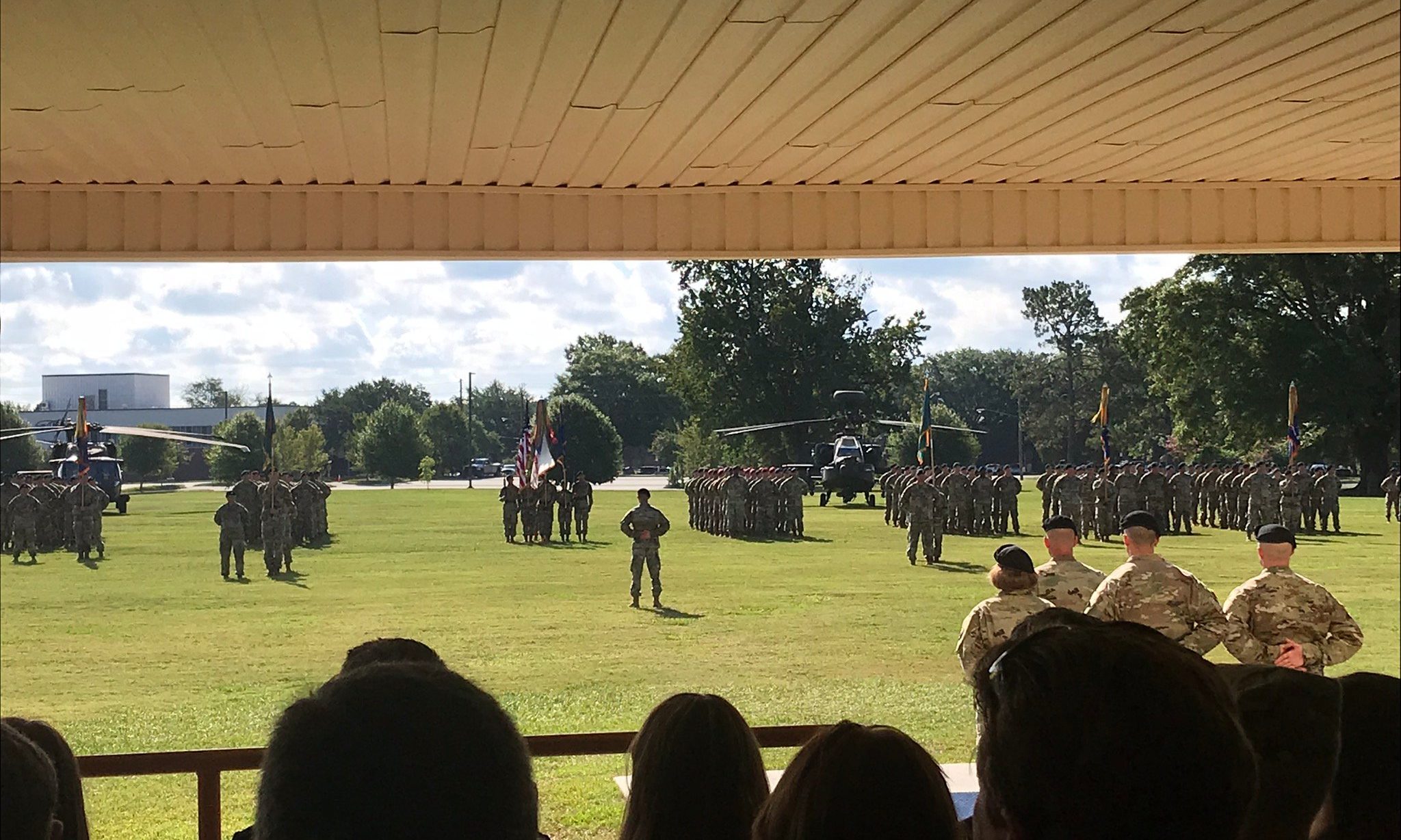 “This morning, Margaret, George, and I attended the Change of Command ceremony at Fort Rucker,” Congresswoman Roby said. “It was wonderful to be on-post again to visit with some of our district’s military leaders.”

“I would like to congratulate Major General William Gayler on a job well done at Fort Rucker,” Rep. Roby said. “I have enjoyed working with him over the years, and I wish him the best in his future endeavors. Congratulations are also in order for Major General David Francis who today was promoted. I look forward to working alongside him to advocate for Fort Rucker. It was an exciting morning in the Wiregrass!”

Gen. Francis is a native of Pennsylvania and received his commission from Gannon University, Erie, Pennsylvania.

According to the Fort Rucker website, Francis has a Bachelor of Arts in History from Gannon University, a master’s of Business Administration from Touro University and a master’s degree in Strategic Studies from the U.S. Army War College. He is a graduate of the Aviation Officer Basic Course, the Initial Entry Rotary Wing course, the Jumpmaster Course, the Aviation Officer Advanced Course, the United States Army Command and General Staff College and the U.S. Army War College.

“Francis attended the U.S. Army War College from July 2011 to June 2012. He commanded the 10th Combat Aviation Brigade from July 2012 to May 2014 and deployed the brigade to Regional Command East, Afghanistan in support of Operation Enduring Freedom. He then served as the Deputy Commander for the U.S. Army Aviation Center of Excellence at Fort Rucker from May 2014 to June 2016. From June 2016 to June 2017 he served as the Deputy Commanding General (Support), 2nd Infantry Division (Combined), Eighth Army, Republic of Korea. Francis was the Commanding General of the U.S. Army Combat Readiness Center/Director of Army Safety at Fort Rucker from June 2017 to June 2018. He most recently served as the Director, Army Aviation, Office of the Deputy Chief of Staff, G-3/5/7 in Washington, DC.”

(Original information from the Fort Rucker web site was used in this report.)