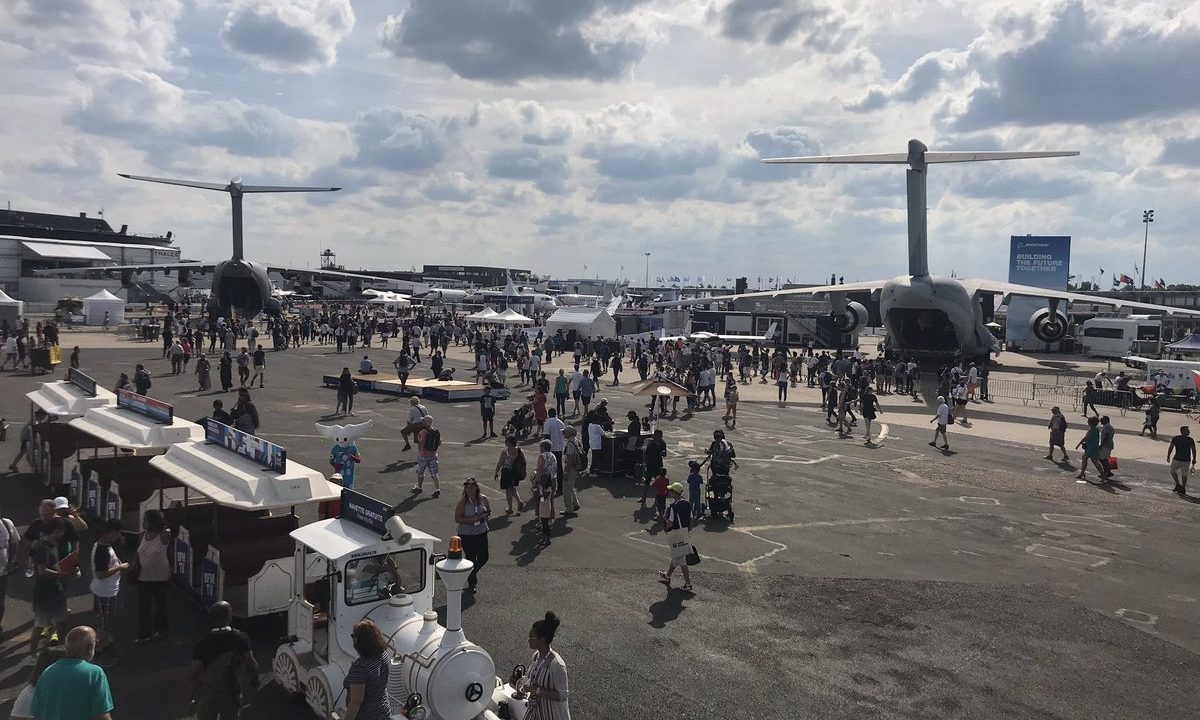 Alabama’s business recruitment team wrapped up its efforts at the 2019 Paris Air Show Thursday, after approximately 20 appointments with high-ranking aerospace executives, along with many informal encounters with industry officials.

The Alabama aerospace recruitment effort spent over three days in Paris’ Le Bourget airfield and reportedly uncovered seven potential projects. The team also advanced the recruitment of five active projects that could be on their way to their state.

“Our trip was productive and focused on advancing active projects currently in the pipeline,” Gov. Kay Ivey said. “Our appointments this week were positive, and there is a strong chance they will lead to job-creating projects.”

Ivey and Commerce Secretary Greg Canfield were both present on Monday, when the team held nine scheduled appointments with aerospace companies and were involved in several impromptu discussions with industry executives.

“The supply chain was an important strategic focus for us at the Paris Air Show this year,” Canfield said. “With aerospace investment coming into the state, it’s key for us to facilitate the development of the supply chain for companies like Airbus, ULA and Aerojet Rocketdyne.”

Ivey asked the economic development specialists in Paris to focus on one goal — to persuade aerospace companies from around the globe that the ideal location for new investments and jobs is Alabama.

“The fact that our Alabama team had access to executives from top global aerospace firms demonstrates that Alabama is positioned for growth in the short term, and very importantly, in the future,” Gov. Ivey said.

“Alabama is a global leader in the aerospace industry, and 2019 has proven to be a red-letter year for us,” economic developer Nicole Jones told the Alabama Political Reporter. “With the anniversary of 50 years of man on the moon underway, what an opportune time in our state and nation’s history to continue to build relationships with the greatest aerospace companies in the world.”

The effort continued on Tuesday and Wednesday with additional appointments at Le Bourget conducted by Assistant Director of Business Development-European Strategy Bob Smith. Smith is the Alabama Department of Commerce’s point man on aerospace.

Smith said the European air shows at Paris and at Farnborough near London represent important business events for the state because foreign direct investment is extensive in Alabama’s aerospace cluster. Smith said he believes the recruiting and marketing strategy at this year’s air show was the most productive in the past several years.

“The state team was prepared with a well-balanced agenda of scheduled appointments with projects we are pursuing, companies with existing operations in Alabama and targeted supply-chain companies we want to bring to the state,” Smith said.

“Being able to leverage Alabama’s top officials at the show to discuss and negotiate both existing projects and new opportunities directly with a company’s highest officials and decision makers is extremely helpful to our effort,” Smith said. “Recruitment of aerospace companies is highly competitive, and we met our goals this year in all three areas.”

Canfield said expanding the aerospace supply chain in the state is key as major players in the industry solidify their manufacturing footprint across Alabama.

The state’s aerospace manufacturing employment base has grown by more than 1,000 jobs in the past year, providing a glimpse of potentially even more gains.

“Over 300 aerospace and aviation companies have made a home in Alabama,” Jones said. “An environment of collaboration led by Gov. Ivey, Secretary Canfield and the entire commerce team has paved the way for future, continued growth.”