That seems to be Alabama’s answer to every problem. Well, every problem but public corruption, in which case we find every possible reason not to lock ‘em up, even when we’ve determined they’re guilty as sin.

But if you’re not wearing a suit and tie and hobnobbing with bigwigs, watch out. Because we will lock you up for the cruelest of reasons or for little reason at all.

Montgomery’s had its issues over the last few … well, since it was founded, with locking people up improperly, particularly those people who are deemed to be a nuisance to the important people in town.

All the way to now, and panhandlers.

Montgomery’s City Council last week voted unanimously to expand upon Alabama’s law against panhandling, adding a minimum of two days in jail for a first offense, unless suspended by a judge. Additional offenses would add more jail time and remove the judge’s discretion.

Because all that’s standing between the men and women who beg for money on street corners and financial security is their will to get out there and give a good effort.

Or, well, that’s one of the things we all tell ourselves when we ease past them, windows up tight. We also say that those people are probably scam artists, that a guy we knew once saw one of them hop in a Mercedes after a day of panhandling and drive off, pockets stuffed with cash. Or they’re probably drug addicts or alcoholics and the money will only go to feed their bad habits, and so not giving them money is the true gift.

Except, all of that is complete and utter BS.

A few years ago, a group of businesses in San Francisco hired a research firm to investigate the abundance of panhandlers in that city as part of an effort to better understand the issue before passing laws. What the firm found was rather heartbreaking.

Nationally, other studies of panhandlers and of the homeless population in general have found high occurrences of mental health problems. There are also large numbers of military veterans. Almost all had once held steady employment but experienced a traumatic event in their lives.

That’s who these folks really are.

I don’t tell you any of that to encourage you to give, or to make you think that all panhandlers have a heart of gold and the best intentions. That’s up to you, and you should always protect yourselves and your family members first.

But I’m tired of seeing people — other humans who are deserving of respect and decency — tossed into cages because they’re an inconvenience, or because some group of people have deemed them to be an eyesore. And I’m really, really tired of cities paying their bills by squeezing the poor and desperate for every dime they can.

Because what Montgomery is doing isn’t solving a problem. It’s creating about 10 more. The panhandlers will be arrested, over and over, and they’ll clog up jails and rack up fines that are impossible to pay. Even if, by some miracle, they find help and compassion in a better city or from better people in that city, they will face a mountain of debt that will follow them for the rest of their lives.

In the meantime, the cops in a city with some of the highest crime rates in Alabama will spend their time hauling in and processing poor people whose lone offense was to stand on a corner with a cardboard sign.

But there is hope. Like most new Alabama laws, this one is very likely unconstitutional. Federal judges across the country have been striking down anti-panhandling laws on the basis of free speech. Montgomery’s will likely face a similar fate.

If that happens, maybe it will force someone to figure out a solution to a problem that doesn’t end in people going to jail. 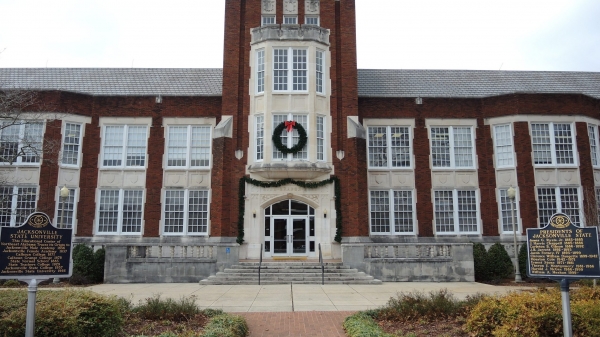