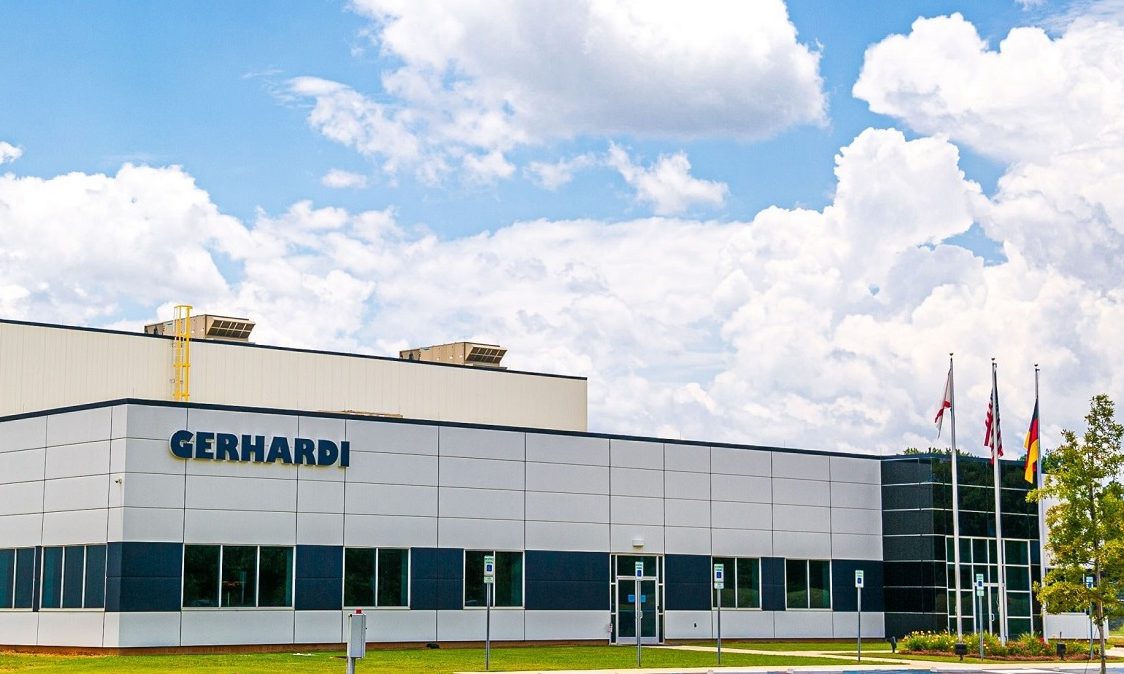 via Montgomery Chamber of Commerce
ShareTweetSubscribe

“Montgomery has proven itself as the perfect location for Gerhardi to introduce our processes and product to the automotive world in the U.S.,” Hoffman said. “As Alabama continues to grow and develop as one of the leading areas in automotive manufacturing, Gerhardi Inc. looks forward to the many opportunities for growth in the future.”

Alabama Commerce Secretary Greg Canfield said Gerhardi is a world-class addition to the state’s robust network of auto suppliers. The company first announced its plans in 2016.

“We look forward to forging a strong and lasting partnership with Gerhardi and hope to see them grow in Montgomery as Alabama’s auto industry continues to expand its footprint across the state,” Canfield said.

Gerhardi is known for its innovation in developing and producing superior interior and exterior plastic automotive parts using such technologies as injection molding, advanced electroplating and hot stamping. Gerhardi manufactures a variety of products including radiator grilles, handles and chrome trims for its clients worldwide.

“Gerhardi’s investment in Alabama will create an anticipated 235 direct jobs in the River Region,” said economic developer Nicole Jones. “Gerhardi, a supplier, supports the automobile industry through innovative technologies related to plastics that include injection molding, electroplating, and assembly. Gerhardi executives shared that currently, the company has contracts with BMW and Mercedes and is seeking to do business with additional brands. Gerhardi’s decision to locate in the United States, and specifically, Alabama, is an important part of the supply chain and a testament to the creation of an environment conducive for business.”

Gerhardi was founded in 1796 as a manufacturer of brass and copper buckles. Over the years, it expanded its activities to the production of tea and coffee sets. By 1952, it began to shift focus to production of automatic components.

“Gerhardi has been in existence almost as long as the United States has been a nation and has a reputation for creating innovative, world-class components,” Jones said. “Thank you, Gerhardi, for choosing Montgomery, Alabama, as the site of your first plant in the U.S.”

“This is a company that has both a rich history and a solid reputation for being on the cutting edge of the future,” said Montgomery County Commission Chairman Elton Dean. “Their investment in the River Region speaks volumes about what we have to offer.”

Dean is a candidate for mayor of Montgomery in next month’s elections.

“Alabama has positioned itself as a leader nationally and globally in the automotive industry,” Jones explained. “Commerce Secretary Greg Canfield announced at the ceremony that our state currently ranks at number five for automobile production, with an anticipated rise to number two by 2024.”

“This shows that we are not only excelling nationally, but we are also continuing to boost our global presence,” said Montgomery Mayor Todd Strange. “Gerhardi has seen that great things happen when you do business in Montgomery.”

Strange is retiring at the end of this term and is not running for re-election.

Gerhardi is headquartered in Lüdenscheid, Germany. It employs approximately 1,400 workers at four production plants throughout Germany with annual sales totaling approximately $200 million, according to the Montgomery Chamber of Commerce.

“It is certainly exciting to know that we are part of an organization so firmly rooted in the future,” said Montgomery Chamber Chairman Willie Durham.

Alabama is home to a number of automotive assembly plants including: Mercedes, Honda, Hyundai, Autocar, Polaris and soon Mazda-Toyota.

Neighboring states also assemble a number of automobiles. GM builds Cadillacs and GMCs in Tennessee. Nissan assembles cars and trucks in Mississippi and Tennessee. Toyota assembles Corollas in Mississippi and soon in Huntsville. Kias are assembled in Georgia. Volkswagen has an assembly plant just across the state line in Chattanooga. Dramatically reduced shipping time and distance makes Alabama a prime location for automotive parts manufacturers.