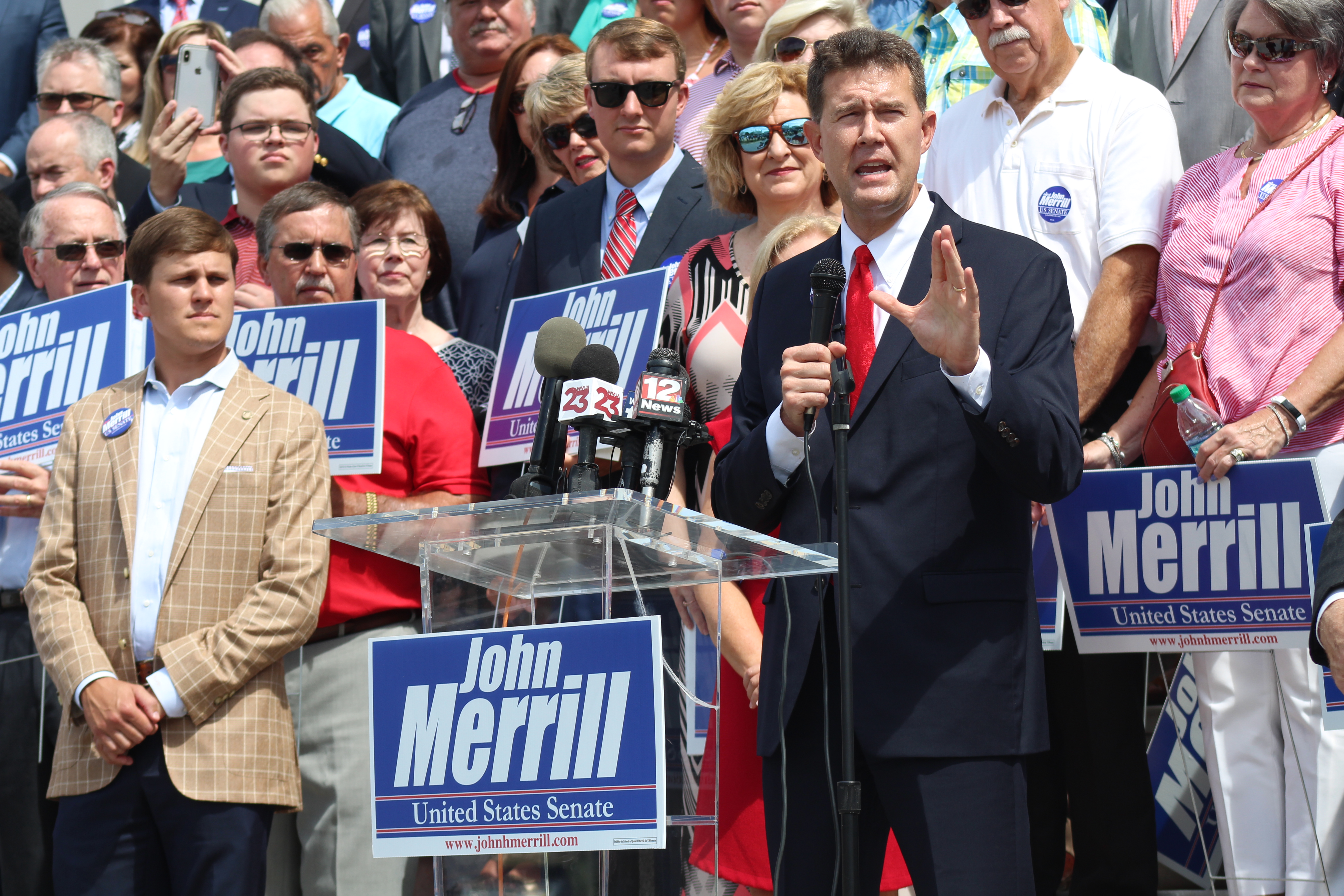 Merrill told supporters at a town hall over the weekend that the country’s morality is dwindling because of changes in pop culture and television, saying people are “too interested in anything that is not uplifting, edifying. They’re too busy being preoccupied with homosexual activities and the wife swap shows.”

Merrill said there are no shows on air that are “based on biblical foundations. …Shows that promote family and culture with a father, a mother and children based on biblical teachings and biblical principles on which our nation was founded.”

In a statement, HRC Project One America Director Meghan Kissell called Merrill’s comments an attack on the LGBTQ community.

“This attack on LGBTQ people and our values only further underscores the fact that the Alabama Senate Republican primary is becoming a race to the bottom and a competition for who is the most virulently anti-LGBTQ,” Kissell said. “Alabamians deserve a leader who fights for the equality of everyone and every community, not someone who would feel more comfortable in America’s oppressive past.”