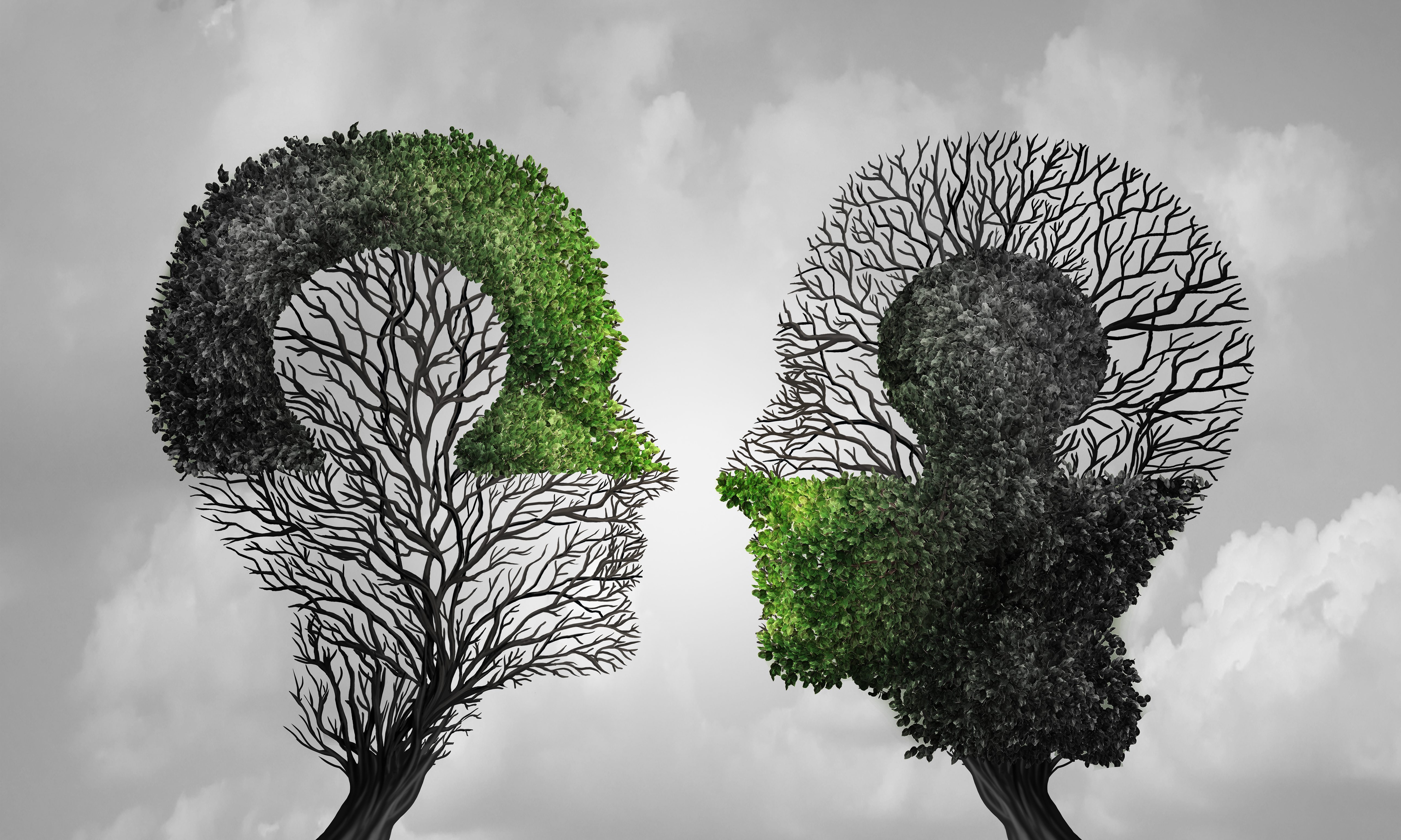 Psychology concept and psychiatry idea as a symbol for psychologist therapy and constructive thinking puzzle meeting in a 3D illustration style.

Editor’s note: This is the second installment in APR’s yearlong series on climate change in Alabama. See our first story: Introduction: Impact of climate change in Alabama. Eddie Burkhalter is a staff writer at Alabama Political Reporter and a fellow at the Poynter-Koch Media and Journalism Fellowship. The program is a partnership between the Poynter Institute and the Charles Koch Institute. Charles G. Koch is chairman of the board for the Charles Koch Institute and CEO of the multinational petroleum company Koch Industries.

Jim Allen’s latest edition of the Free Fredonia Times is a make-believe glimpse back at the small rural Alabama community from a hundred years into the future.

Most of the then-modern homes from photographs taken in 2019 weren’t designed to make use of natural heating and cooling, Allen wrote, and instead used mostly coal-fired electricity or propane. In the 2119 Fredonia, folks run their homes on electricity provided by local solar systems and windmills, Allen wrote.

“We are of course thankful that the Great Transition away from fossil fuels, accomplished shortly after 2019, kept climate change from becoming as devastating as it surely would have become by now,” Allen writes.

Allen’s article on the imagined future of Fredonia in the publication that has been published “on no particular schedule” for many years includes the usual church announcements and a piece on a storm that killed power during singer-songwriter Jim Scott’s June 22 performance, which went on “without amplification and by flashlight.”

Allen, 83, taught  English at Auburn University in the 1970s before becoming a publications editor for the university’s extension service in 1978. He was a founding board member and president of the Alabama Sustainable Agriculture Network, and over the years has spoken often about the environmental, energy issues and climate change.

Allen isn’t a climate scientist but he’s passionate about it, and said he wants to continue his work to start a dialogue with others.

It’s that desire to talk about climate change and the science behind it that researchers at Yale University recently found is important to increasing knowledge and concern about the issue. That might seem like common sense, but just talking about climate change has become such a partisan topic that many say they avoid those conversations altogether.

The report, published July 8 in the Proceedings of the National Academy of Sciences, found that talking about climate change facts led to increased knowledge and understanding of the extent of human-caused climate change.

Matthew Goldberg, one of the authors of the study, is a postdoctoral associate at the Yale Program on Climate Change Communication. Golderbg told APR that the most surprising aspect of their findings was that the effect ran both ways. More discussion led to increased perceptions of scientific agreement, he said, and increased perceptions of scientific agreement led to increased discussion.

“Our new study builds on previous work coming from the Yale Program on Climate Change and its collaborators, showing that highlighting the fact that 97 percent of climate scientists have concluded that human-caused climate change is happening can be very effective in moving people’s beliefs,” Goldberg said.

In a separate report in April, researchers at Yale found that while 69 percent of Americans surveyed think that global warming is happening, only about 1 in 6, or 17 percent, of Americans understand how strong the level of consensus among scientists is. About 63 percent of Americans say they never or rarely talk about climate change with family or friends, according to the report.

Whether or not someone believes that the earth is warming due to human activity comes down, in part, to which side of the political fence they fall on.

A 2018 study by the nonpartisan Washington D.C.-based think tank the Pew Research Center found that 83 percent of liberal democrats believed that humans were the biggest cause of global warming, while just 18 percent of conservative republicans thought so. That divide shrinks between moderate republicans and moderate democrats.

Back in Fredonia about 50 families live in the Chambers County community, situated between Auburn and Wedowee and a short drive from the Georgia line. There’s a vending machine and a pay phone, and most folks are either retired or farming, Allen said.

“Antiques and Uniques is open Saturdays only,” Allen said.

The Fredonia area is heavily republican, Allen said, and there are a fair share of climate change deniers, but that hasn’t stopped Allen from talking and writing about it.

“In this last issue, I’m appealing to hear from people,” Allen said. “Let’s talk about it. Have a conversation. I said that I’m going to reserve a whole page for reader comments.”

“No death threats,” Allen said with a laugh, speaking of the reaction from his latest issue. “Sometimes I think I would welcome some, but most of the time I just don’t get much feedback, and what I do get is ‘thanks for keeping us informed about what is going on in Fredonia.’”

But any notion that conservatives don’t care about climate change simply isn’t true, said Benji Backer, the 21-year-old conservative environmentalist and founder of the American Conservative Coalition, a group of young conservative activists working to spread the message of pro-market clean energy policies.

Backer’s group has received national attention, and he’s spoken at the Conservative Political Action Committee, better known as CPAC, more than once. Backer also doesn’t buy into the assumption that republicans and democrats can’t reach compromises to combat climate change.

“There are so many ways to talk about climate change that are bipartisan,” Backer told APR on Saturday. “You can talk about it from the environmental or the economic angle. … We need to stop vilifying each other. We’re being told and convinced to hate each other.”

Progressives and young conservatives like himself might disagree on how best to deal the climate change, but Backers said there’s plenty of agreement on the things like the need to reduce greenhouse gas emission and fossil fuel use.

Backer said while younger conservatives are much better on these issues than their older counterparts, he believes the elders are listening to their younger counterparts, and it helps to approach the subject carefully.

“They care about the environment just as much as anybody else, so you have to come at them from a point of, as cliche as it sounds, compassion and of trying to work with them where they’re at to get them re-engaged,” Backer said.

Backer’s group played a role in the formation of the Roosevelt Conservation Caucus, which was announced earlier this month by founding members Sens. Lindsey Graham of South Carolina and Cory Gardner of Colorado.

“I believe the nine out of the 10, not the one,” Graham said of scientists’ consensus on human’s role in climate change, speaking at the announcement of the caucus. “I would encourage the president to look long and hard at the science and find the solution. I’m tired of playing defense on the environment.”

There’s plenty of skepticism from the left for what many see as a late-in-the-game attempt by the caucus members to rebrand the Republican Party as environmentally conscious.

The Trump administration has worked to weaken federal climate rules, erase climate scientists’ data from federal websites and Trump himself has said climate change is a “hoax” invented by China. In June 2017, Trump announced the U.S. would withdraw from the Paris Agreement on climate change.

And despite Graham’s statements encouraging Trump to believe the science behind climate change,  the Roosevelt Conservation Caucus isn’t likely to take up climate change policy early on, according to Backer.

“Specifically, conservation is the goal for right away,” Backer said.

National parks funding and wildlife management issues often fall behind concern over climate change, Backer said, so those are the areas he believes the caucus will focus on in the coming months.

And it comes down, again, to meeting people where they’re at, Backer said. Some in the Roosevelt Conservation Caucus haven’t done much for the environment in the past, while still others have done a lot, but it’s important to work with them all, he said.

For 17-year-old Isabel Hope of Tuscaloosa speaking about climate change comes easy. In October 2018, she founded the Meddling Kids Movement, which brings together young people from across the globe to discuss topics important to them, including climate change.

The group’s website, www.meddlingkidsmovement.com, has more than 100 interviews with youth worldwide. It’s those young voices that seemed to be missing from much of the coverage on these issues, Hope said, so she did something about it.

“A lot of the kids I talk to are from underrepresented or low-income communities, and they don’t get that much of a spotlight, so I really wanted to showcase them and their work, as well,” Hope said.

Hope organized the Alabama Youth Climate Strike, held in Montgomery on March 15. She joined about 60 others on the steps of the Alabama State Capitol to demand lawmakers do more to address climate change.

When asked what she would tell those who say they’ve given up trying to talk to others about climate change, that doing so just leads to arguments, Hope said that not talking about it won’t make the problem go away.

“I would say that that’s a very privileged standpoint to have,” Hope said.

If those same people who realize how little time we have to act, she said,  then perhaps they’d “get a little uncomfortable” and have those conversations. 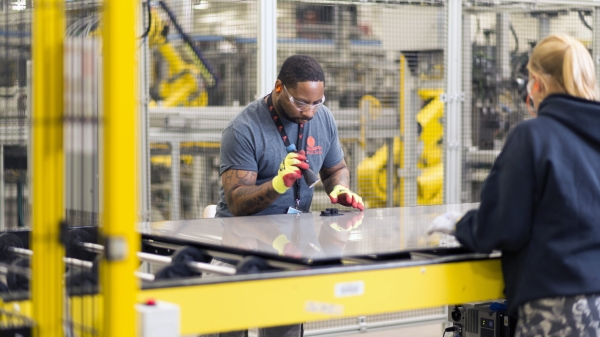