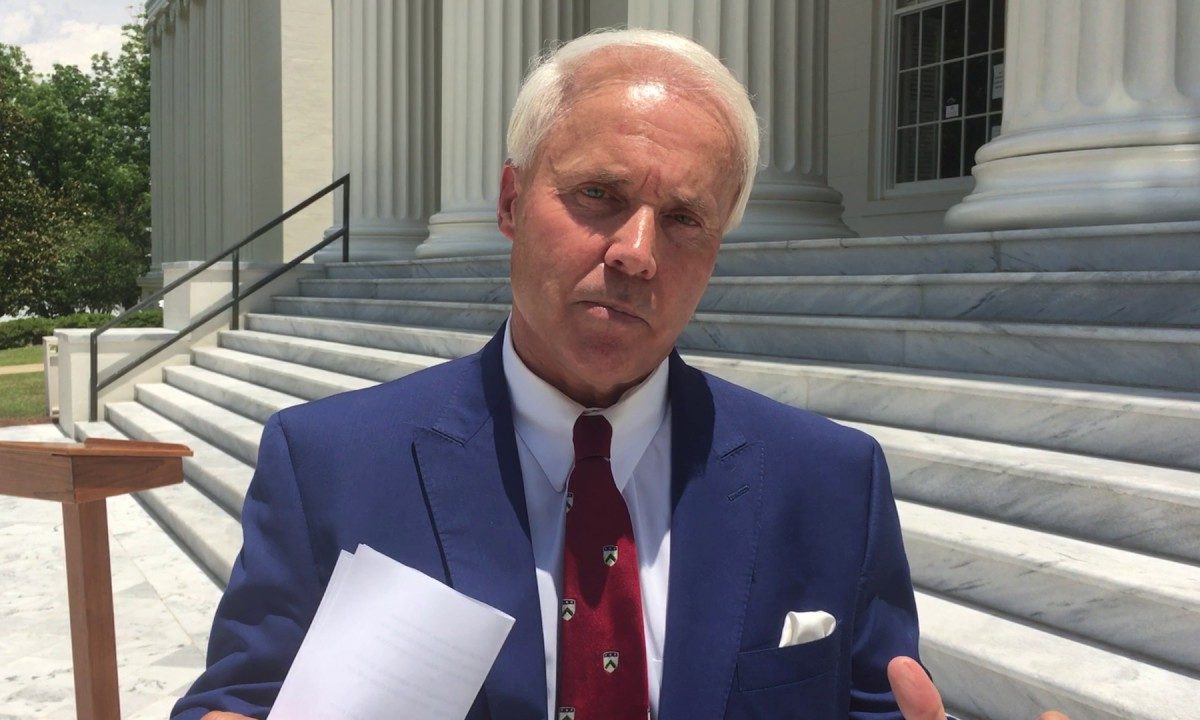 “In March I joined Vice President Mike Pence in calling for Ilhan Omar’s removal from the all-important House Foreign Affairs Committee because of her ties to terrorist organizations that she not only supports but is one of their fundraisers,” Hooper said. “She is using this position of power to bully organizations and individuals that were pro-Israel. Omar has since doubled down on her anti-Semitic and anti-American rhetoric and actions; now it’s time for her to go. She has become the poster child for the Boycott, Divestment and Sanctions (BDS) movement that basically would destroy our biggest ally in the middle east Israel. In September she described the horrific events of 9-11 as “some people did some things.” She does not support our troops in the Middle East and is a constant critic of American history and values. She calls ICE brutal storm troopers and ignores her constitutional duties and calls for open borders. She is an apologist for the totalitarian regimes in Iran and North Korea.”

Hooper said Omar’s now canceled trip to Israel was merely a smokescreen and that the trip was sponsored by the terrorist group Miftah to give aid and comfort to Palestinian terrorists. Miftah founder and chairwoman Hanan Ashrawi defended terrorist attacks, stating they “are seen by the Palestinian people as the resistance.” Miftah said that the first female Palestinian suicide bombers as “the beginning of a string of Palestinian women dedicated to sacrificing their lives for the cause.”

Hooper said that he applauds State Representative Tommy Hanes for his Resolution, to be voted on by the State Republican Executive Committee on Saturday. The resolution calls on the Alabama House delegation to lead a movement to expel Omar from Congress. Hooper went a step further by asking that all Republican state party’s pass similar resolutions to Hanes’.

“I also call on every state’s Republican Executive Committee to pass a similar resolution,” Hooper said. “Furthermore, I call on every State Legislature to pass a Resolution demanding that House Speaker Nancy Pelosi allow the effort to expel Omar to move forward.”
“Ilhan Omar hates all things American, almost as much as she loathes Israel and the Jewish people,” Hooper said. “She has no place in the United States Congress.”

Hooper is a member of the Alabama Republican Executive Committee, is a former State Representative, and was chair of the Trump 2016 Victory Fund. Hooper is considering a run for Congress in the open Second Congressional District, where incumbent Martha Roby (R-Montgomery) is not seeking another term.

Ilhan Omar is an immigrant from Somalia, turned naturalized U.S. citizen and elected to Congress in 2018.

Hanes will introduce his resolution on Saturday when the 550 member Alabama Republican Executive Committee meets in Auburn for their summer meeting.

“I am proud to team up with Tommy Hanes on this,” Smith said on social media. “If you hold such a disdain for America as Rep. Omar does, you ought not serve this great nation as a member of Congress.

“I have witnessed the leftwing mob call Tommy the most disturbing names and attack his character,” Smith said. “Tommy Hanes is a patriot. I’m proud of him and our Young Republicans.”

If a motion were introduced in Congress to expel Omar, it is doubtful that Speaker of the House Nancy Pelosi (D-California) would allow that motion on the floor.