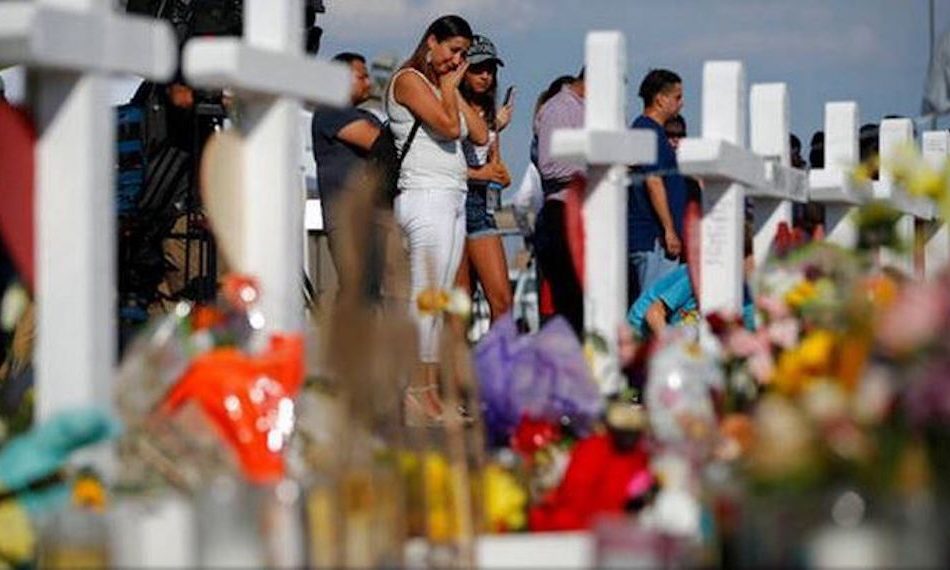 Alabama candidates for the 2020 U.S. Senate election have spoken out on the recent mass shootings in El Paso, Texas, and Dayton, Ohio, that left 31 people dead and dozens injured.

Among the candidates for the Republican nomination for U.S. Senate who have commented on the shootings are Secretary of State John Merrill, former Chief Justice Roy Moore, U.S. Rep. Bradley Byrne, businessmen and former televangelist Stanley Adair and John Serbin of Moody.

A need for more faith and protecting traditional family values was the consensus among many of the republican candidates.

Merrill published an op-ed through Alabama Political Reporter, in which he argued that the United States does not have a gun control problem. Rather, he believes the U.S. has a “spiritual deficit problem.”

Merrill also said that issues like mental health, racism, violent video games and violent television programs also need to be addressed but that faith is needed to help the country “confront evil head-on.”

“What we need is more prayer that teaches what Matthew 7:12 speaks of when he said, ‘Therefore, however you want people to treat you, so treat them,’” Merrill said in the op-ed. “We need more thoughts that teach our children to respect life and call out bullying, violence and aggression. And we need to renew our faith because more gun laws will not solve a moral problem.”

Moore issued a response on his Facebook page that mass shootings are “evidence of a moral problem in our Country, not a lack of gun control” and that liberals have prevented the acknowledgment of God in schools, courts and in the public square.

“Without God and recognition of the Christian religion which once formed the basis of our society, we will continue to suffer a national immorality, according to George Washington, the father of our Country, in his Farewell Address,” Moore wrote.

Byrne called mass shootings “part of the conflict between good and evil.”

“The hatred we are seeing coincides with the continued breakdown in the values and institutions – like the church – that have always played such an important role in our country,” Byrne said. “We can stop these mass shootings by fixing the breakdown in culture and at the same time protect our Second Amendment rights.”

Adair echoed the claim that there has been a breakdown of the traditional family in America and that the nation has “turned from God, taken prayer out of Schools and allowed other forms of Ideologies’ to now become commonplace in our society.”

“We once were a God-fearing nation that stood on the founding principles of our forefathers,” Byrne said. “I ask the question where will we be in the next thirty years? Will we still remember the words ‘In God We Trust?’ We must as a nation turn back to God.”

Tuberville said that guns are not the problem with mass shootings in the U.S. and that he wants to properly enforce gun laws that currently exist.

“We must stand up for the time-honored traditions we hold dear in Alabama, especially the 2nd Amendment,” Tuberville said. “I’m against efforts to take away the right to bear arms from law-abiding citizens.”

Serbin’s view on the shootings was slightly different from his fellow Republican candidates, saying that he believes the most recent shootings are the result of a copycat effect due the amount of coverage that media outlets do on shootings.

Serbin also calls for more investment in mental health treatment and that he does not believe that more gun control laws will prevent future shootings, as some of his fellow candidates did.

U.S. Sen. Doug Jones wrote about the shootings on his Twitter account, saying that the shootings are about “more than guns” and that politicians need to make an effort to combat rhetoric that could fuel these types of attacks.

“We must come together and reject political rhetoric, or any kind of rhetoric for that matter, that divides us and stokes this kind of hatred,” Jones wrote. “Our leaders need to set a positive example that others can follow. That my friends is something we can do now.”

Republican candidate Arnold Mooney was contacted to participate in this article but did not respond to requests for comment.