It’s OK for cops to kill black people in Alabama.

That the murder of a poor black man doesn’t derail the career of a young, white cop.

Because make no mistake about it, Montgomery cop A.C. Smith murdered Gregory Gunn. And the way we know that Smith murdered Gunn is because Smith admitted it to investigators from the State Bureau of Investigations.

During a hearing in the case — way back in the spring of 2016, just after the shooting in February 2016 — an SBI agent testified before a judge that Smith told investigators that he had no probable cause to stop Gunn, who was walking through his own neighborhood in the early morning hours.

That’s how this whole thing started — with Smith spotting Gunn walking down the street. He asked him to stop. Gunn complied. But at some point, while performing an illegal search of Gunn, the unarmed, 58-year-old black man became scared, and he took off running.

He told investigators that he had no probable cause to chase Gunn, that he had found nothing on him during his brief search.

He told investigators he had no probable cause to physically detain Gunn.

When Gunn broke free and ran again, Smith used a Taser on him.

Smith told investigators he had no probable cause to use the Taser.

Smith told investigators he still had no probable cause to strike Gunn.

Gunn made it to the front porch of his nextdoor neighbor’s home, where, according to his neighbor, he began shouting for help, banging on the door, pleading for his neighbor to come save him.

Instead, a few seconds later, Gunn was dead. Shot five times by Smith.

Smith would first tell investigators that Gunn picked up a five-foot paint roller stick and swung it at him. In a later interview, Smith said Gunn didn’t swing it, but that Smith backed up and stumbled backwards, when he started firing.

Smith’s story, along with the evidence at the scene, so clearly pointed to a crime committed by the officer that the Montgomery District Attorney’s Office, in conjunction with SBI, took the extraordinary step of arresting Smith for murder even before sending the case to a grand jury.

That’s how strongly they felt that a cop had murdered an innocent man.

The Alabama court system has done everything imaginable to undermine them since.

Every judge but one in Montgomery County recused from the case. The one who didn’t was removed by the Alabama Supreme Court, because that judge, Greg Griffin, took the expected step in an immunity hearing of judging the credibility of Smith’s testimony.

The Alabama Supreme Court, which rarely lets laws or legal precedent get in the way of its opinions, determined that Griffin’s decision in that case made him biased. Even though the ALSC agreed with Griffin that Smith’s testimony was “inconsistent.”

So, the ALSC turned the case over to a retired judge.

And the justices took one more unprecedented step: It ordered the trial moved out of Montgomery.

It is impossible to convey just how unprecedented — and legally wrong — that decision was. It broke from decades of legal precedent and understanding and shocked attorneys and law professors throughout the state.

The result of that decision was felt Tuesday, when the current presiding judge on the case, Patrick McLauchlin, selected the new venue for the trial: Dale County.

The prosecution had asked that the trial be moved to Jefferson County, because the demographics of the county — from which potential jurors will be selected — is similar in both race and income.

So, you see where this is headed.

It is likely that the jury in Dale County will be predominantly white. And that jury — in a county where 75 percent of voters in the 2016 election voted for Donald Trump and 65 percent voted for Roy Moore over Doug Jones in 2017 — will be conditioned by rightwing media to view cops as under attack.

You couldn’t ask for a better setup for the defense. The accused murderer has been provided every possible break.

Which is an odd statement to make in Alabama, where we value eye-for-an-eye justice and like our judges to be tough on crime.

Well, unless that crime is a white cop killing an innocent black man. 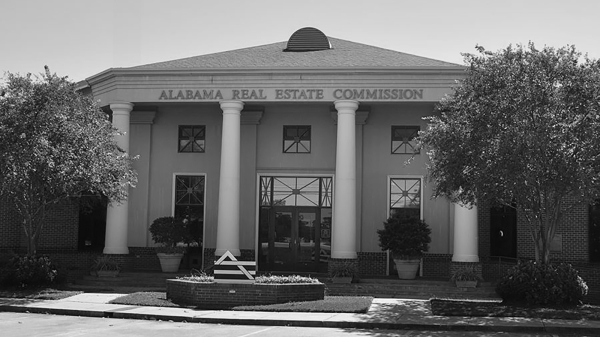