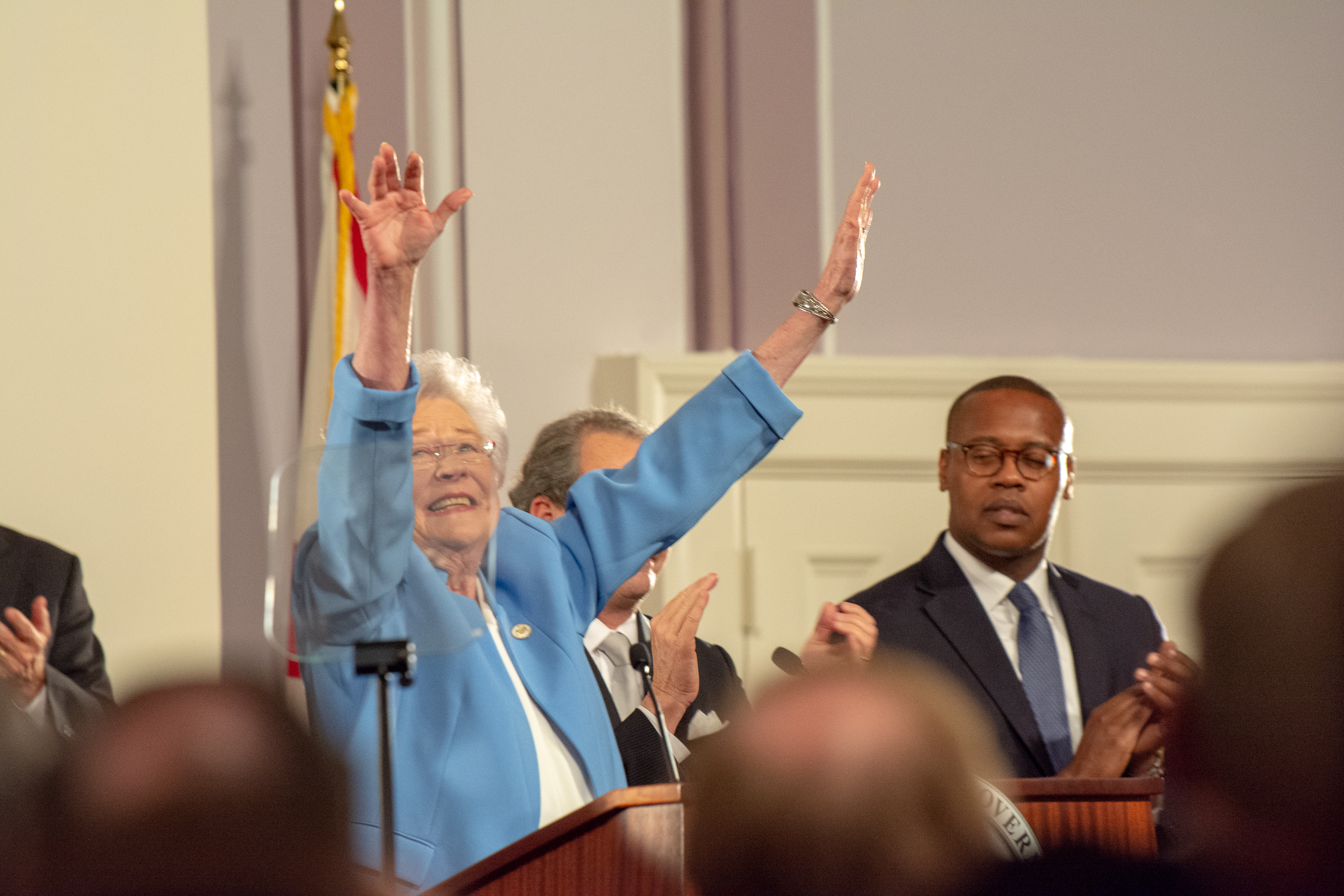 Dressing up in blackface 50 years ago doesn’t make Gov. Kay Ivey a racist.

It just helps explain why she’s a racist today.

Think of it sort of like those superhero origin stories that are popular now. The blackface incident at Auburn was just one early clue that Kay Ivey was going to be a racist in the future.

It provides insight into who she was, how she grew up. It helps the rest of us understand better.

That incident 50 years ago doesn’t, by itself, mean much of anything today.

Which is why I would never call Kay Ivey a racist for something that occurred five decades ago.

I would, however, call her a racist for never — not once that I can recall — taking a single public stand against racism in all of those years since.

Not when it came to removing confederate monuments.

Not when her party put forth racist bills.

Not when her party has sought repeatedly to undermine the education of poor, minority children.

Not when her party backed a racist president.

Not when her party did anything that negatively affected mostly minority citizens.

Instead, Kay Ivey, like most Republicans in this day and age, has catered to the racists, has stopped short of condemning their hate and has encouraged their awfulness by pandering to them.

Following the Legislature’s passage of a truly terrible protecting confederate monuments around the state — even when the cities where those monuments stood didn’t want them anymore — business leaders and black citizens and progressive groups all over the state begged Ivey not to sign it into law. As America’s most popular governor, they told her she could sit on the bill, blame her reluctance on potential job losses. She didn’t even have to take a public stand against it.

Instead, she took a public stand for it.

Now, in Ivey’s mind, she probably didn’t think it was a decision driven by racism. She very likely doesn’t consider herself a racist.

Like so many Alabamians, who grew up submerged in racism from birth, Kay Ivey doesn’t understand that it’s not simply the overt racism of the past that can harm people. The subtle acts — the acts of legislative racism, the acts of health care racism, the acts of educational biases — can be as devastating as a bomb in the middle of the night.

And she doesn’t understand it, because dressing up in blackface in the Baptist Student Union for a play was the way she had fun in college.

When that’s your starting point — when those people who participated in that are the peers who surround you when you enter the real world — then there’s a fairly lengthy path to racial equality. And you’re going to have to want to get there.

I’m not sure Kay Ivey ever really did.

Ivey was right on Thursday when she said this ordeal can be used for good, that it can be used to move the state forward significantly. She holds that sort of power, if she’s willing to use it.

There are a number of important things she can do that would go a long way towards rectifying the disparity between white and minority citizens in this state. Things that would ultimately benefit all of Alabama, things that might just lead to less widespread racism in the future for this state.

The next several days will determine how Ivey is going to handle this, and whether her seemingly heartfelt apology on Thursday will lead to the personal changes Ivey wants to make. If so, this has the potential to be a state-altering ordeal — something that truly leaves us all better off.

If not, well, we’ll just be the same Alabama we’ve always been.