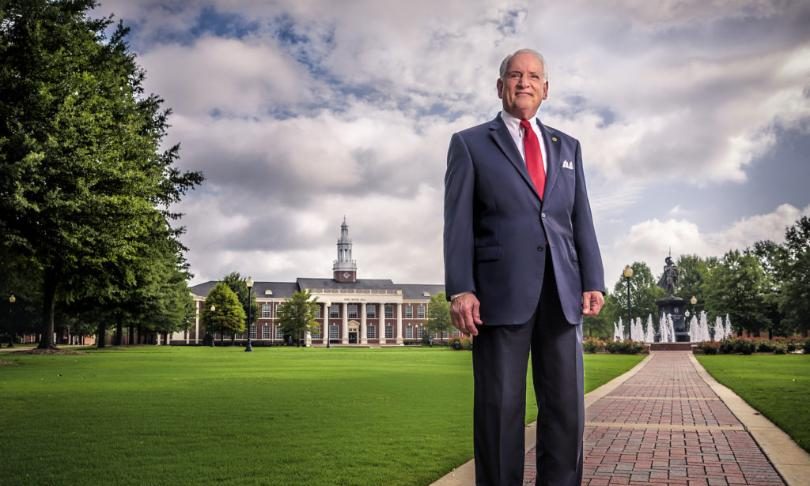 Troy University is celebrating its Chancellor’s 30th anniversary. Dr. Jack Hawkins, Jr, is one of the longest-serving heads of any public university in the country.

“Chancellor Hawkins is a terrific example of one of our own who has made a major impact on the state of Alabama,” said Governor Kay Ivey. “He is providing students the opportunity to excel both professionally and personally. Through his leadership as chancellor, Troy University has experienced immense growth, and people from different parts of the globe are taking notice. I congratulate Chancellor Hawkins on this milestone, and I look forward to his continued work at Troy.”

After earning his bachelor’s degree in 1967, Hawkins was served as a lieutenant in the U.S. Marine Corps and was a platoon leader during the Vietnam War. He received the Bronze Star, the Purple Heart and a citation from the Korean Marine Corps for his service.

Before becoming chancellor at Troy, Hawkins served as an assistant dean at the University of Alabama at Birmingham for eight years and as president of the Alabama Institute for the Deaf and Blind for 10 years.

During Hawkins’ three decades as chancellor, the Troy campus has seen $350 million dollars in capital improvements, including new buildings and programs. Under his administration, the athletic department also transitioned from Division II to Division I status and students are now offered doctoral degree programs.

In 2014, Hawkins was one of nine university presidents/chancellors worldwide to receive the World Confucius Institute’s Individual Performance Excellence Award and the only one in North America to receive the honor. Dr. Hawkins was inducted into the Alabama Academy of Honor in 2016.

Known as “Alabama’s International University,” Troy has nearly 800 international students on campus this semester from almost 80 countries. Troy became the first American university to sign onto the Sino-American 1+2+1 Dual Degree Program with China, which gives Chinese students the opportunity to spend one to two years on campus for undergraduate and graduate studies and earn a dual degree from their Chinese home institution and their U.S. host institution.

Former Alabama Sen. Gerald Dial, who has served on Troy’s board for 20 years, said he saw the kind of leader Hawkins was the first time he met him, calling Hawkins “one of the phenomenal presidents” of a public institution in America and that he’s been fortunate to know him during his time at the university.

“The leadership & the vision he’s had for Troy just changed the whole landscape of Troy University and he’s changed the lives of thousands and thousands of young people and made their lives better,” Dial said. “What better contribution can you make to mankind than what Jack Hawkins has done?”

Hawkins’ work at Troy University is nowhere near done, according to Dial, who said Hawkins recently renewed his contract, meaning he will continue to serve as chancellor at the university over the next four years.