Secretary of State John Merrill (VIA SECRETARY OF STATE'S OFFICE)

Alabama Secretary of State John Merrill met Thursday with the Alabama Political Reporter and the rest of the capitol press corps about the August 27 Montgomery municipal election.

Merrill said that the Secretary of State’s office has received twelve credible complaints of alleged irregularities in the August elections for Mayor and City Council.

One reporter asked if the charges were being brought by anonymous complaints.

“They are not anonymous to us,” Merrill said.

Merrill said that his office would not even address complaints from anonymous sources. The Secretary of State’s office knows who the people are bringing the twelve complaints; but that the office will not release their identities to the media at this time. Merrill said that those people’s identities would only be released if the office moved forward charges of fraud.

Merrill said that he has talked with both mayoral candidates, Steven Reed and David Woods, and they have both agreed that the Secretary of State’s Office will observe the mayoral primary runoff on October 8.

Two teams of five observers from the Secretary of State’s office will monitor how the election is conducted and will visit all 46 polling places in the city.

One reporter asked why the Secretary of State does not oversee every municipal election.

Merrill said that there are over four hundred municipal elections in the state and that the office does not have that capability.

A reporter asked if the reported vote totals from the August election are correct.

Merrill said that at this time, he is comfortable that they are.

Merrill said that since he has been Secretary of State, six people have been convicted of election fraud and two elections were overturned. All of those were in municipal elections.

Merrill said that in most municipalities the city conducts the elections and the city clerk’s office is responsible for directing the election, usually with voting machines leased from the County. In the case of Montgomery County, the Montgomery Election Center, run by the county, was contracted to run the election for the city.

Merrill said that in most elections the voting machines are tested before the election. Montgomery election officials did not do the recommended pre-election testing.

Merrill said that he has talked with Montgomery Mayor Todd Strange about what happened and Strange has made a formal request that the Secretary of State observes the runoff election.

In most elections, the polls close at 7:00 p.m. and vote totals start coming in by 8:00 p.m. with most boxes reporting in just after 9:00 p.m. For some reason, results were very slow coming in. This strange delay, as well as reports of irregularities that surfaced on Montgomery talk radio, has fed voter discontent with how the process was handled in August,

Merrill said that most campaigns have a volunteer who waits at the polling place for the election workers to tape the paper tape of the totals on the door or wall of the polling place. The worker then phones in those results to the campaign; so most campaigns know the results minutes after the polls closed and well before any numbers are released to the public. In this case, at least two polling places did not post the machine tapes even though it is standard practice.

Incumbent Mayor Todd Strange did not run for reelection.

Merrill is a 2020 candidate for U.S. Senate for the seat currently held by Sen. Doug Jones. 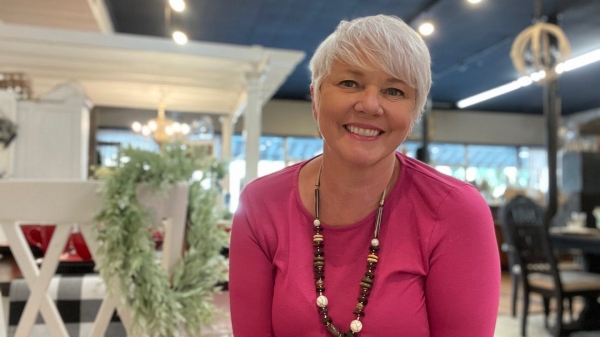