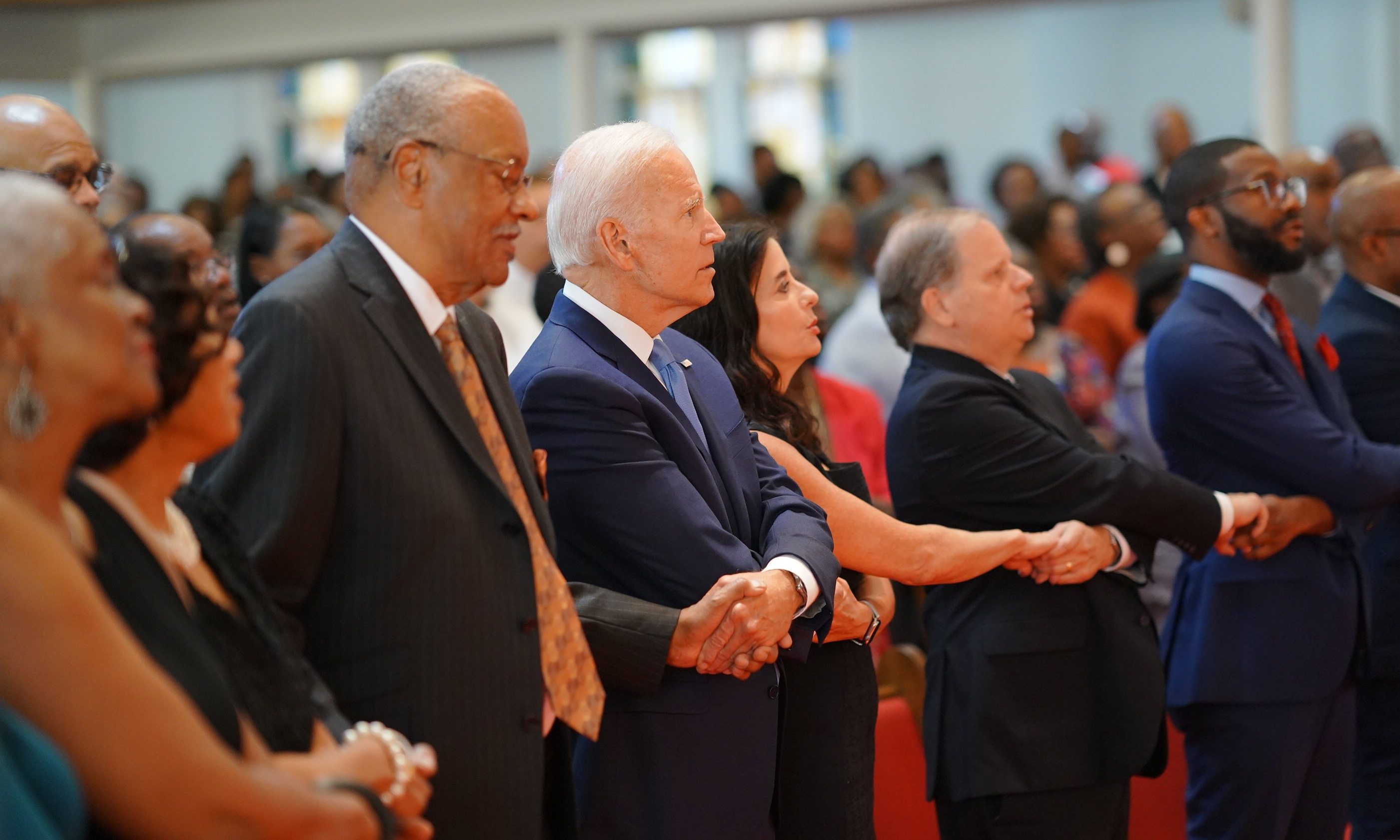 Democratic presidential candidate Joe Biden attended the memorial service at the church on Sunday. Late in the service, Biden spoke to the congregation, speaking the names of the victims, Addie Mae Collins, 14, Carol Denise McNair, 11, Carole Robertson, 14, and Cynthia Wesley, 14.

The bombing, perpetrated by members of the Ku Klux Klan, took the lives of four young black girls in 1963.

Biden was joined at the service by U.S. Senator Doug Jones, D-Alabama, who served as the lead prosecutor in convicting two of the klansmen responsible for bombing the historically African-American church. Biden praised Jones, saying Jones “never gave up” on pursuing justice for the young victims.

Biden told the congregation of the church in downtown Birmingham that the same ideology that inspired the church bombing has also fueled more recent attacks, saying the country has not yet relegated racism and white supremacy “to the pages of history.”

“As we all now realize, this violence does not live in the past,” the former vice president said. “The same poisonous ideology that lit the fuse at 16th Street pulled the trigger at Mother Emanuel and unleashed the antisemetic massacre in Pittsburg and Poway. We saw a white supremacist gun down innocent Latino immigrants in an El Paso parking lot with a military style weapon, declaring he would stop ‘the Hispanic invasion of Texas.’”

Karen Baynes-Dunning, interim president of the Southern Poverty Law Center, issued a statement on the anniversary, calling for society to “recommit to carrying the torch for justice” in the wake of recent racially motivated attacks.

“Hate is nothing new,” Baynes-Dunning said in the statement. “We’ve known this for centuries, and many of us have experienced it firsthand. But it is on a rise and we are seeing a surge of white nationalism and racist violence across the country.”

During his speech, Biden called the fight against institutional racism and the rise of white supremacy “a battle for the soul of America,” calling the 16th Street Baptist Church a powerful reminder of “what’s at stake” in fighting against systematic racism, something Biden says white people can never fully understand.

“Those of us that are white try,” Biden said, “but we can never fully, fully understand, no matter how hard we try. We are almost at this next phase of progress in my view. It’s hard, heart wringing work. But there’s almost 330 million Americans. I know there’s nothing we can’t accomplish if we stand together.”