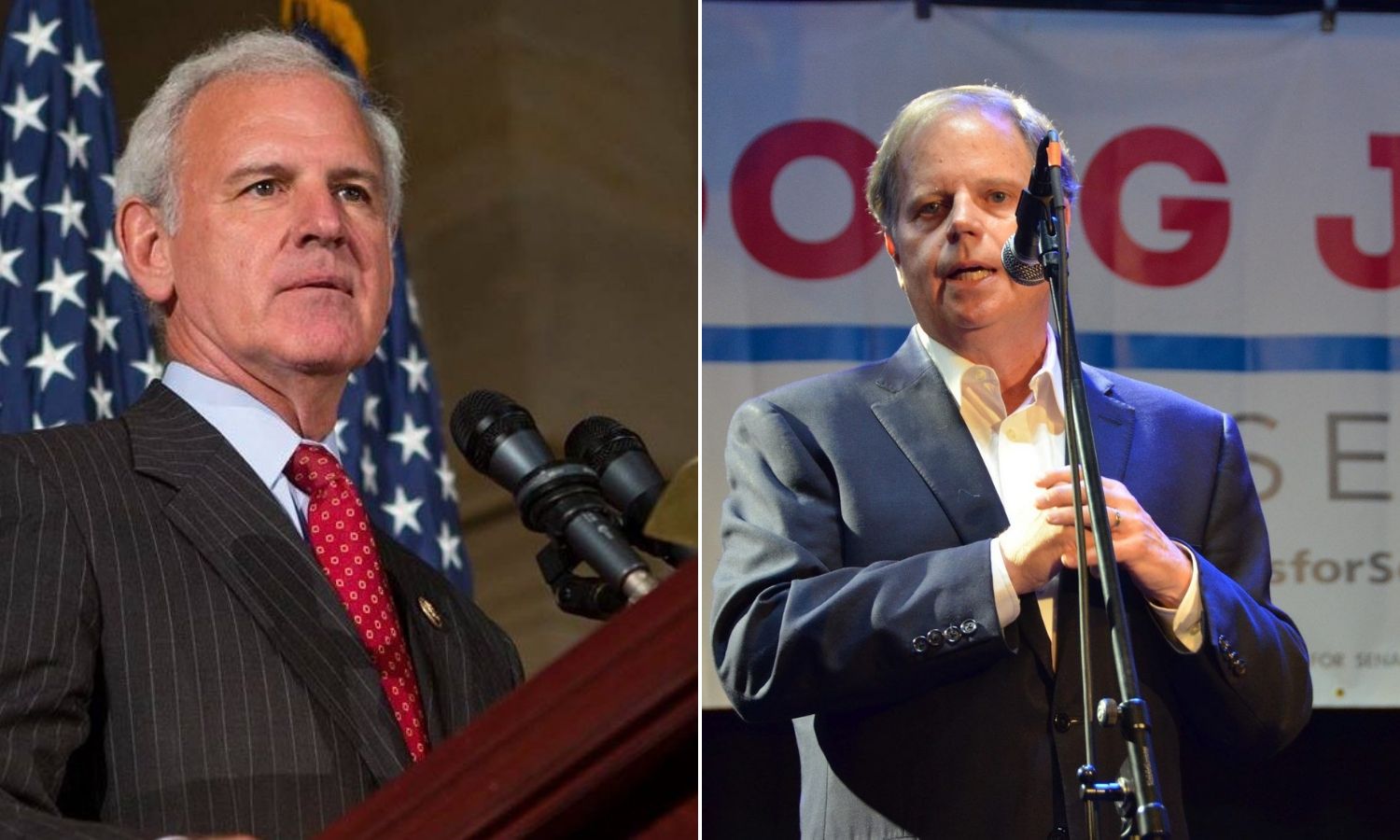 “Doug Jones has fallen in line with Ilhan Omar and the rest of “The Squad” in talking about impeaching Justice Kavanaugh,” Byrne said. “Enough of this nonsense! As your Senator, I’ll work with President Trump to confirm qualified judges who won’t legislate from the bench. Join me and let’s #DumpDoug!”

Byrne is running for the Republican nomination for Jones’s Senate seat.

Doug Jones said in a media interview that if Brett Kavanaugh lied to the Senate Committee during his confirmation he can be impeached for that.

Byrne said that it was, “Sad that Doug Jones is joining the Dems once again in supporting baseless smear attacks against Justice Brett Kavanaugh. Alabama deserves a Senator who will vote to confirm President Trump’s nominees — not obstruct them.”

A New York Time article by Robin Pogrebin and Kate Kelly, adapted from their forthcoming book, asserted that a Kavanaugh classmate, Clinton-connected nonprofit CEO Max Stier, “saw Mr. Kavanaugh with his pants down at a different drunken dorm party, where friends pushed his penis into the hand of a female student.”

The Times claims that Stier “notified senators and the FBI about this account, but the FBI did not investigate and Mr. Stier has declined to discuss it publicly.”

The female student herself has reportedly denied any knowledge of the alleged episode in which Stier claims a drunken Kavanaugh’s penis was thrust into her hand.

“That’s the actual bottom line of their Times article that dropped online Saturday, though they suggest otherwise — since they clearly want to not just boost sales of the book, but also do whatever they can to further smear the justice,” the New York Post Editorial Board continued.

The major party primaries will be on November 3.

Original reporting by Fox News, the Washington Post, the New York Post, the Conservative Tribune, and New York Times contributed to this report.