Tuesday voters in Spanish Fort and Fairhope went to the polls and approved a 3 mill property tax increase to benefit local schools.

Turnout in both Baldwin County Cities was light.

Two years ago, the Baldwin County School System attempted to pass a much more ambitious tax increase and there the voters rejected the proposal in heavy turnout. That plan included a controversial school building spree. In Tuesday’s referendum, none of the new money can be used for bricks and mortar projects.

The vote in favor of higher ad valorem taxes is a departure from recent trends where tax increases for schools were defeated in Leeds, Muscle Shoals, St. Clair County, and Baldwin County.

The 17 vote win was a big victory for Spanish Fort Mayor Mike McMillan who had been very vocal about the need for the tax.

“It doesn’t happen without this money,” Mayor McMillan told reporters. ”Now we have an opportunity. This is a red-letter day for Spanish Fort. We can take this and run this and make our city so much better just simply by this one vote.”

While Alabama’s population as a whole is largely stagnant, Baldwin County has enjoyed spectacular growth. While growth has been good for the economy the Baldwin County School System has struggled to keep up with the growth.

Baldwin County is the third-largest school system in the state.

These are preliminary results. The vote totals are subject to change as the votes are canvassed. 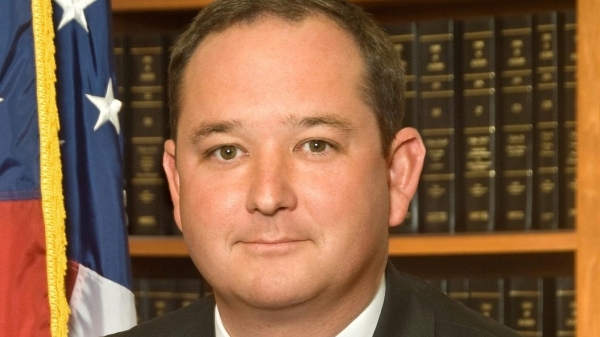 AFA President and CEO Chris Isaacson said that Chris Elliott is one of the hardest working members of the state Legislature.