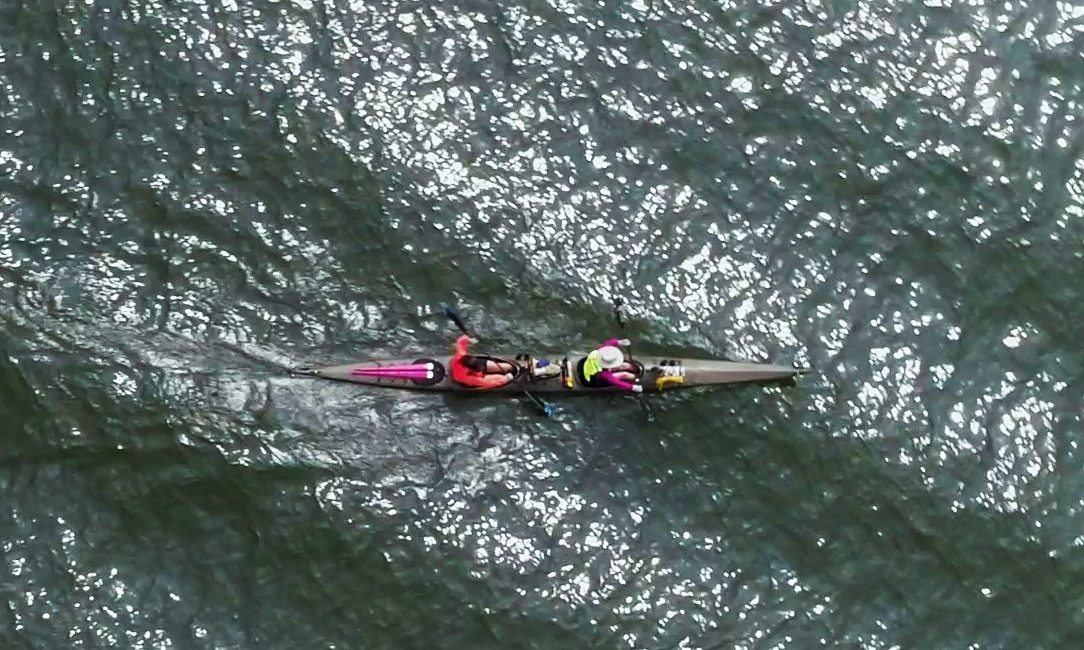 By Wednesday afternoon 59-year-old Salli O’Donnell had paddled her kayak 390 miles of the Great Alabama 650 race, which began Saturday at Weiss Lake in Centre.

Those miles put the ultra-distance paddler from Fort Walton Beach, Fla. in the lead. Her next closest competitor, Bobby Johnson, on Wednesday afternoon was 20 miles behind her, and seven of the 12 boats that started the grueling, 650-mile race had already dropped out.

It’s a tough race, to be sure, and that’s how the organizers wanted it.

“It’s a race of attrition,” said Greg Wingo, race director with Alabama Scenic River Trail, which is putting on the race in this, its first year. “We’re seeing paddlers discovering just how difficult the trail is itself.”

Those paddlers that remained on the water Wednesday were making their way down the 650 miles of Alabama’s waters, from Weiss Lake to Mobile Bay. Racers have 10 days to finish, and Wingo said he suspects the first to cross the finish line may do so later on Saturday or early Sunday.

Twelve boats started the race in its first year – some paddle alone while others race in tandem boats – Wingo said the goal isn’t to grow the number of boats in next year’s race, because logistically many more boats would be hard to manage.

Laura Gaddy, media manager for Alabama Scenic River Trail, told APR that the race was organized to bring awareness to the paddling community of the state’s resources, and especially to those paddlers from out of state, who might not know what Alabama has to offer.

“There aren’t a lot of long distance races for paddlers. You’ll find that paddlers redo the same races over and over again,” Gaddy said. “So bringing a new one into the circuit is a big deal, but especially one that is this long and this challenging.”

Winners in the three categories – male solo, female solo and two-person teams – will each receive $7,500 in prize money.

After this first race ends organizers plan to do an assessment, see what worked and what could be tweaked, then start planning for next year’s race. Making sure the race continues for years to come is the goal, both Gaddy and Wingo said.

“We’re actually thinking about capping the number and adding qualifiers so that we can make sure that those who sign up are at least remotely prepared for what this entails,” Wingo said.

Visit the Great Alabama 650’s Facebook page here to track the racers as they make their way to the finish.