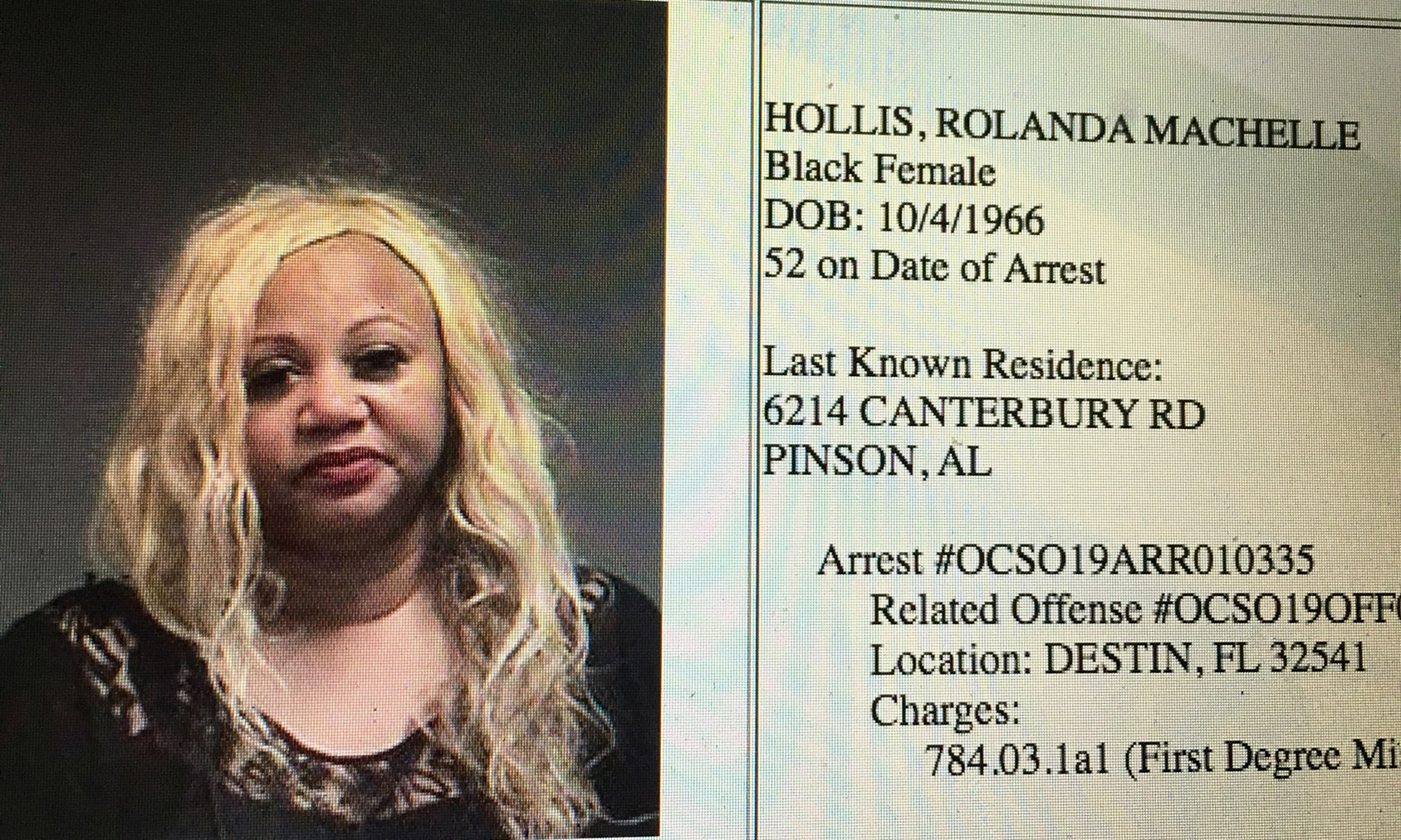 Alabama Rep. Rolanda Hollis, D-Birmingham, was arrested Sunday night at a Florida hotel on a charge of domestic violence, according to a Florida newspaper and Okaloosa County Sheriff’s office online records.

Hollis was arrested at The Inn on Destin Harbor in Destin after police were called to the hotel at around 11 p.m. Sunday, according to the Northwest Florida Daily News, which broke the story Wednesday and cited a report from the sheriff’s office.

The Okaloosa County Sheriff’s office hadn’t responded to APR’s records request as of Wednesday evening. The sheriff’s office website lists her arrest was for a misdemeanor charge of “BATTERY TOUCH OR STRIKE.”

The Florida paper reported that a witness saw a domestic violence incident  involving Hollis and a male family member.

Responding police observed broken glass on the floor. Both Hollis and the victim denied there had been an altercation, the newspaper reported, but Hollis admitted she had thrown the glass on the floor during an argument.

The witness statement in the report describes the victim as having opened the door to the room, and Hollis approached the victim and shoved him.

Hollis was released from Okaloosa County Jail shortly before 11 a.m. on a signature bond, the newspaper reported.

Hollis was elected to the state House in 2017 in a special election, filling the seat of former Rep. Oliver Robinson,who in September 2017 pleaded guilty to federal charges of conspiracy, bribery, fraud and tax evasion connected to a bribery scheme to prevent a north Birmingham Superfund site cleanup.

In this article:arrested, domestic violence, Florida