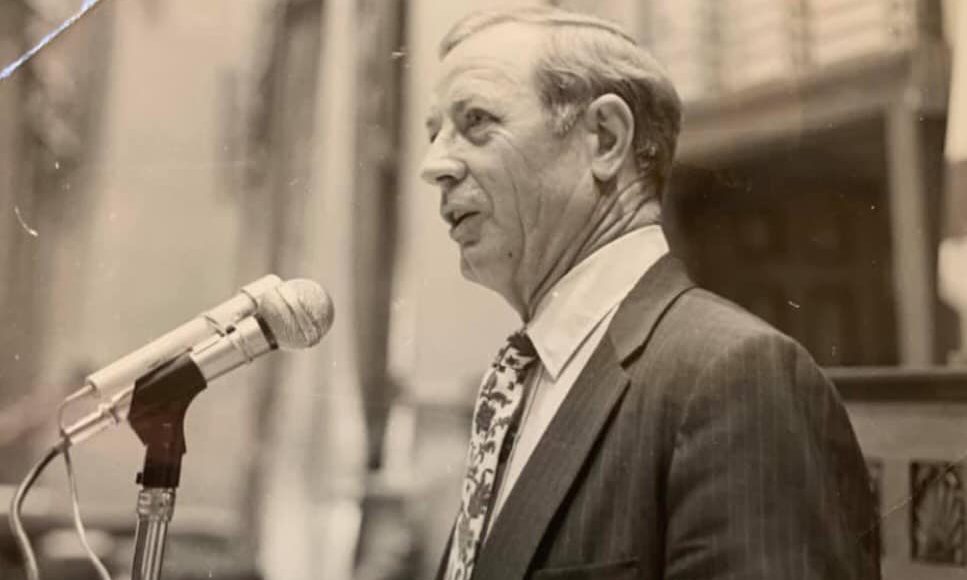 Alabama Gov. Kay Ivey announced that retired State Representative Pete Turnham, D-Auburn, has passed away at the age of 99.

Alabama Governor Kay Ivey said, “Last night, a true statesman passed away. Former state Rep. Pete Turnham served his country in WWII, before serving as a state rep. for HD-79 for 40 years. We offer our heartfelt condolences & prayers to his family, friends & all of Lee County.”

Gov. Ivey directed that flags at the state Capitol and in House District 79 should be flown at half-staff on the day of his interment Thursday, October 3, 2019 until sunset.

Pete Turnham served as the representative from House District 79 for 40 years as a member of the Alabama House of Representatives.

Turnham grew up on a farm in Chambers County, Alabama. He was active in 4-H and FFA as a boy. Turnham was a combat veteran and platoon leader in the European theatre during World War II. He received a Bachelor’s degree from Auburn in 1944 and a Master’s degree in 1948. He also served as a dairy specialist with the Alabama Cooperative Extension System from 1948 to 1954.

Turnham was one of the longest serving member in the history of the Alabama legislature and was known as the “Dean of the Alabama Legislature” for his lengthy service. While in the legislature, Turnham introduced more legislation for agriculture than any other law maker in Alabama history. He was honored by the Auburn University Legislative Action Network with its first ever Legislative Tiger Award in 1998. The award was established to honor those who set the standard for devotion to and support of Auburn University.

Turnham retired from the legislature in 1998, after representing House District 79 through five decades. He was succeeded in HD79 by Mike Hubbard (R). Today the district is represented by Joe Lovvorn (R).

In addition to his work as a public servant, Turnham was president of Alabama Contract Sales in Auburn.

Joe Turnham said of his father, “He lived half of Alabama’s history and made much of it!”