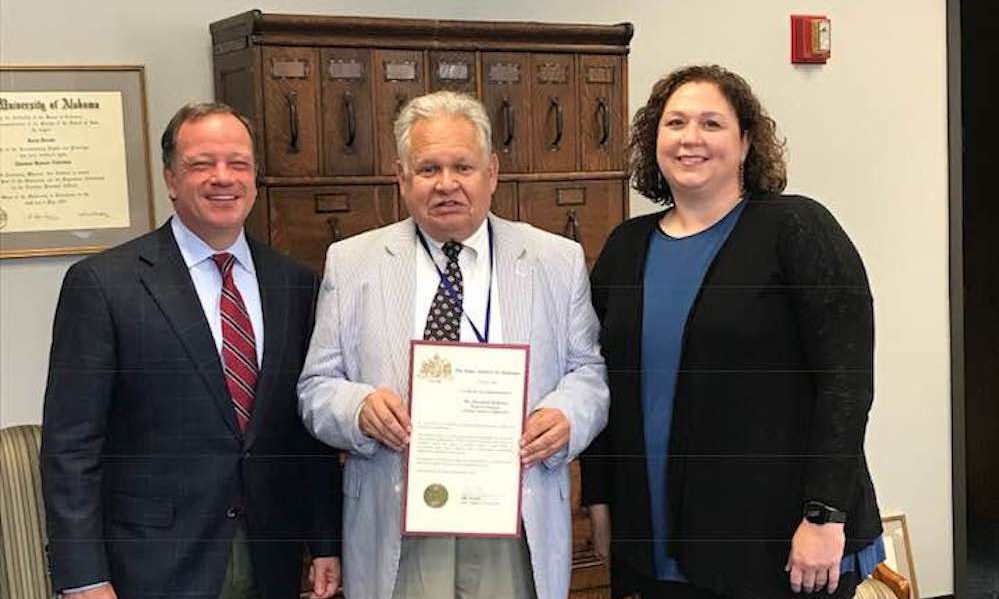 Monday, the Alabama Ethics Commission earned a perfect audit for the past two years. State Auditor Jim Zeigler released the audit finding Monday and awarded a certificate of perfect audit to the agency.

Zeigler said that the Ethics Commission is responsible for 97 items of state property costing taxpayers $400,455.42. All was present and accounted for.

The State Auditor is required to inventory property items of the 176 state agencies. He has jurisdiction over items worth $500 or greater as well as all weapons and sensitive items such as laptops and external hard drives regardless of cost.

Zeigler says his office is current on all audits despite suffering budget cuts of 28.5 percent in the final two Bentley administration budgets. The auditor’s staff was cut from 11 to 5 ½ employees.

“We are getting the job done but just by the skin of our teeth,” Zeigler said. “If one more of our high mileage cars breaks down or one more printer quits, we have had it.”

The Auditor’s staff was forced out of their long-time offices in the Alabama State House last year and the parking spots assigned to the Auditor and his staff and his own space were taken earlier this year without explanation.

The Auditor is a position created by the Alabama Constitution of 1901. The Auditor’s auditing powers were taken away in a power grab in 1939 and the legislator inexplicably reserved that power for themselves. Audits are conducted by the Examiner of Public Accounts. The Auditor is assigned the role of conducting property inventories.

Jim Zeigleer was elected Auditor in 2014 and re-elected in 2018 after service on the Alabama Public Service Commission decades earlier. Zeigler is a longtime attorney and a former University of Alabama SGA President. He played a key role in the investigation and eventual forced resignation of Gov. Robert Bentley (R).