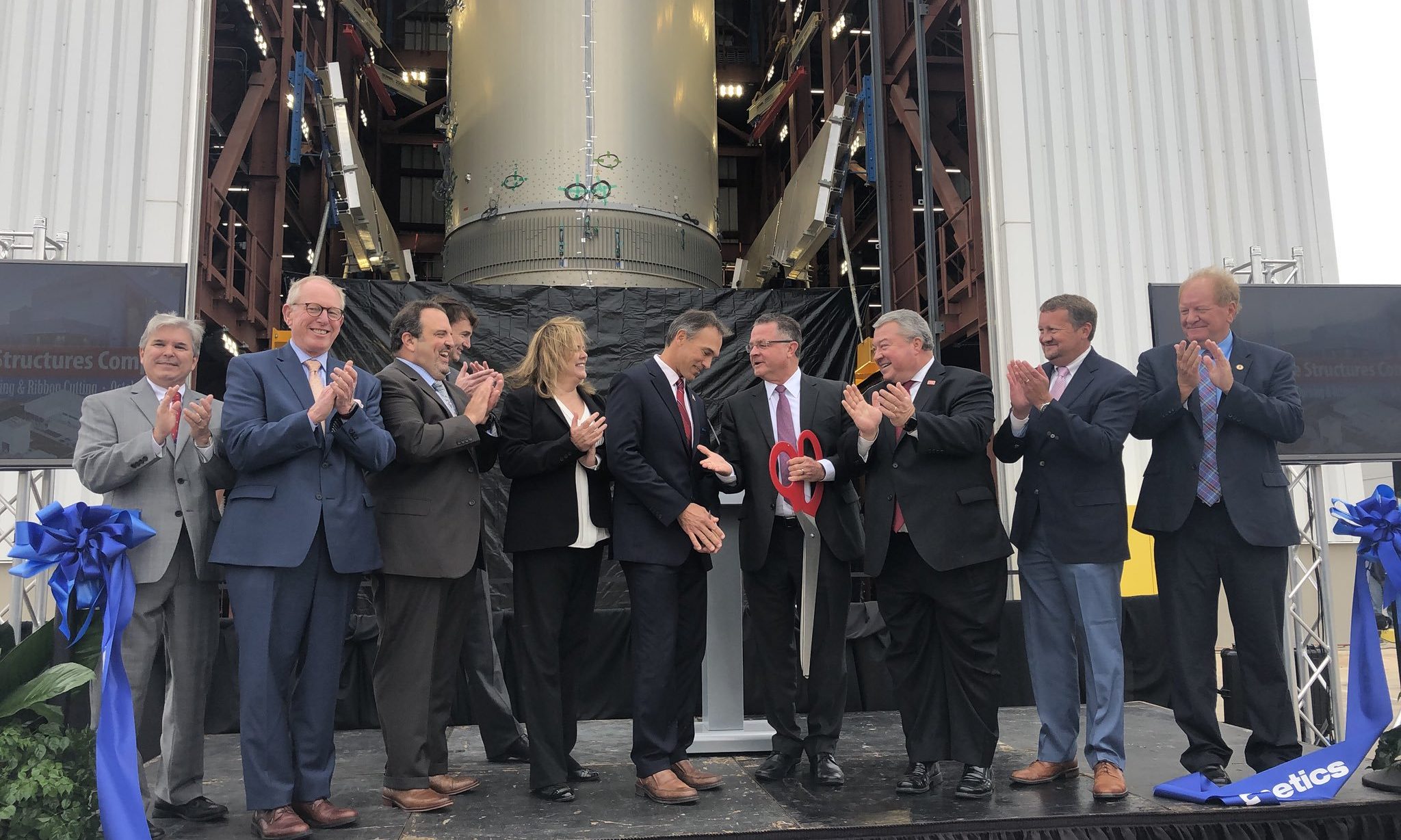 Dynetics has opened a rocket-testing facility in North Alabama that it says will help advance major programs such as NASA’s Space Launch System, the space agency’s most powerful rocket, and the United Launch Alliance’s Vulcan Centaur, a next-generation launch vehicle.

Huntsville-based Dynetics said that its Aerospace Structures Complex will support the development, integration and structural testing of large rocket components.

“It’s an exciting time for the space industry,” said Dynetics Vice President of Space Systems Kim Doering. “NASA’s exploration programs including the Space Launch System, Human Lander System and Gateway afford the Alabama space community the opportunity to make significant contributions to the establishment of a human lunar economy and to landing humans on mars.”

Initially, Dynetics will use the facility to build the SLS’s Universal Stage Adapter, which will connect the rocket to NASA’s Orion spacecraft. The new Dynetics complex will also perform structural qualification testing for the booster of the Vulcan Centaur, which is being produced at ULA’s factory in Decatur.

“Dynetics decided to build this complex so we could contribute to these vital projects,” Doeing added. “Our new complex will play an essential role within Alabama’s aerospace landscape.”

The facility creates 25 jobs initially, but that is expected to increase.

Dynetics said that it selected Decatur site for the complex because of the area’s rich history of rocket development and testing.

“The strategic location and partnership with Dynetics provides ULA with advanced testing capabilities that will benefit the Vulcan Centaur program,” said ULA Vice President for Development Mark Peller. “This structural test article is an important step in ensuring that the Vulcan Centaur is ready to launch in 2021 supporting our nation’s national security space program.”

Economic developer Nicole Jones said, “Since 1974, Dynetics has been an integral part of the business climate in north Alabama. Started by two engineers, Hershel Matheny and Dr. Steve Gilbert, the company grew from 25 employees in its early days in Huntsville to over 2,030 employees in nine locations throughout the United States. Dynetics is now a 100% employee-owned organization, making it the seventy-sixth (76th) largest majority employee-stock ownership plan (ESOP)-owned company in the nation and the second largest in Alabama.”

“It is wonderful to witness the organization’s steady growth over the years. Dynetics plans to utilize the Decatur facility to build the NASA Space Launch System’s (SLS) Universal Stage Adapter as well as to perform structural testing for the Department of Defense (DoD), NASA, and commercial customers,” Dr. Jones added,