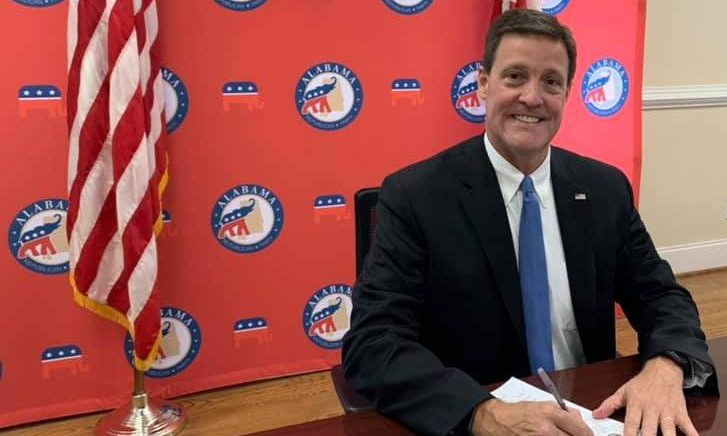 “I love Southeast Alabama and I believe I can represent it with class and dignity,” Coleman told more than 200 guests and supporters at his event, Coleman cast himself as a political outsider, similar to President Donald J. Trump, who is willing to make tough decisions. “I’ve never run for office and I’m not a politician. I’ll make you this promise: If you’ll send me to represent you in Congress, I will focus on doing what’s right, not on getting re-elected.”

Coleman noted in his address issues of local importance, such as farming, manufacturing, and military bases, as well as those of national concern, like securing America’s border.

Citing his race leading cash on hand, the National Republican Campaign Committee (NRCC) announced on Wednesday that Jeff Coleman has been tapped to join its Young Guns “On the Radar” Program.

“This is an important step in ensuring that the Second District will remain in conservative hands and that we will fight back against liberal special interests from Washington that will try to buy this district,” said Coleman.

Coleman was raised in Dothan, where he graduated from Northview High School, is an Eagle Scout, and was a member of the 1981 Football team that won the Alabama High School Football State Championship. He has a bachelor’s degree from the University of Alabama and a Master’s in Business Administration from from Troy University in Dothan.

Coleman also is a 2011 Graduate of Leadership Alabama and a 2015 Graduate of the Air War College National Security Forum. Jeff served two terms as the Civilian Aide to the Secretary of the Army for Alabama. Coleman is a former Chairman of the Business Council of Alabama (BCA).

Coleman says that he like President Trump, is a conservative outsider and a businessman who cares more about doing what’s right for the country than winning an election.

Jeff and his wife Tiffany are members of the First United Methodist Church in Dothan. They have three children.

The Republican Primary will be March 3.