Investigators are trying to determine how an inmate at the Bullock County Correctional Facility in Union Springs died on Oct. 6. His death is the fourth inmate death in state prisons during October.

Marcus Green, 34, of Birmingham was found by correctional officers lying in his bed and unresponsive, according to a press release from the Alabama Department of Corrections on Thursday. 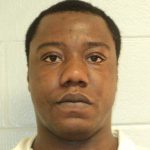 Green was pronounced dead by a doctor in the prison’s health care unit at 11:40 p.m. on Oct. 6, according to the release. His body has been sent for an autopsy.

It was unclear Thursday how Green died. The press release states the cause of death is pending autopsy results. DOC spokeswoman Linda Mays said in a message to APR on Friday there were no visible signs of injury on Green.

Green pled guilty to first degree rape on Aug. 13, 2007, and was sentenced to 20 years, according to court records. The rape occurred on Dec. 2, 2005, and Green was arrested 12 days later, according to the records.

Green’s death follows those of three other state inmates during the month of October.

Ricky Gilland, 46, of Vinemont, was found dead in his cell on Oct. 18 by correctional officers at the William C. Holman prison. A press release by DOC states foul play isn’t suspected and Gilland’s cause of death is pending an autopsy.

Gilland was serving  a life sentence without the possibility of parole after being convicted of sodomoy on Feb. 27, 1991, according to court records. He had three other prior convictions for car theft, theft of property and third degree assault and was sentenced to life under the state’s habitual offender law, according to the records.

On Oct. 23 correctional officers at the prison in Elmore found Robert Green, 51, of Pinson, with a head injury. He was taken to a local hospital and pronounced dead at 2:45 a.m.. His circumstances of his death is being investigated, according to a DOC press release. Green was serving a 20-year sentence after being convicted of sodomy and sexual abuse in 2012, according to court records.

Steven Davis, 35, of Graysville was pronounced dead at a local hospital on Oct. 5 after correctional officers at the William E. Donaldson prison in Bessemer “applied physical measures” to Davis the day before following what DOC said in a press release was an attack on officers by Green, who had one “prison-made weapon in each hand.”

“After repeated verbal commands and the use of standard methods to disarm the inmate, Davis refused to comply,” the release states. “At that time, correctional officers applied physical measures to diffuse the threat in order to remove the weapons from the scene and secure the inmate.”

Davis in 2009, pleaded guilty to murder for his connection to the 2006 robbery and shooting death of a Graysville man and was sentenced to 20 years, court records show.

Alabama is under threat of a federal takeover of the state’s prisons after the U.S. Department of Justice in April informed the state that Alabama may be in violation of prisoners’ Constitutional rights to protection from physical violence and sexual assault while incarcerated by housing them in understaffed, unsafe facilities.

The DOJ’s report notes that Alabama’s prisons have the highest rates of homicides in the country.

The DOJ also noted that the Alabama prisons have undercounted the number of homicides in its prisons.

“There are numerous instances where ADOC incident reports classified deaths as due to “natural” causes when, in actuality, the deaths were likely caused by prisoner-on-prisoner violence,” the report states.

DOJ investigators found that according to DOC’s public reports 24 prisoners died from homicide between January 2015 and June 2018, but DOJ identified three additional homicides during those years that had been misclassified by the state.