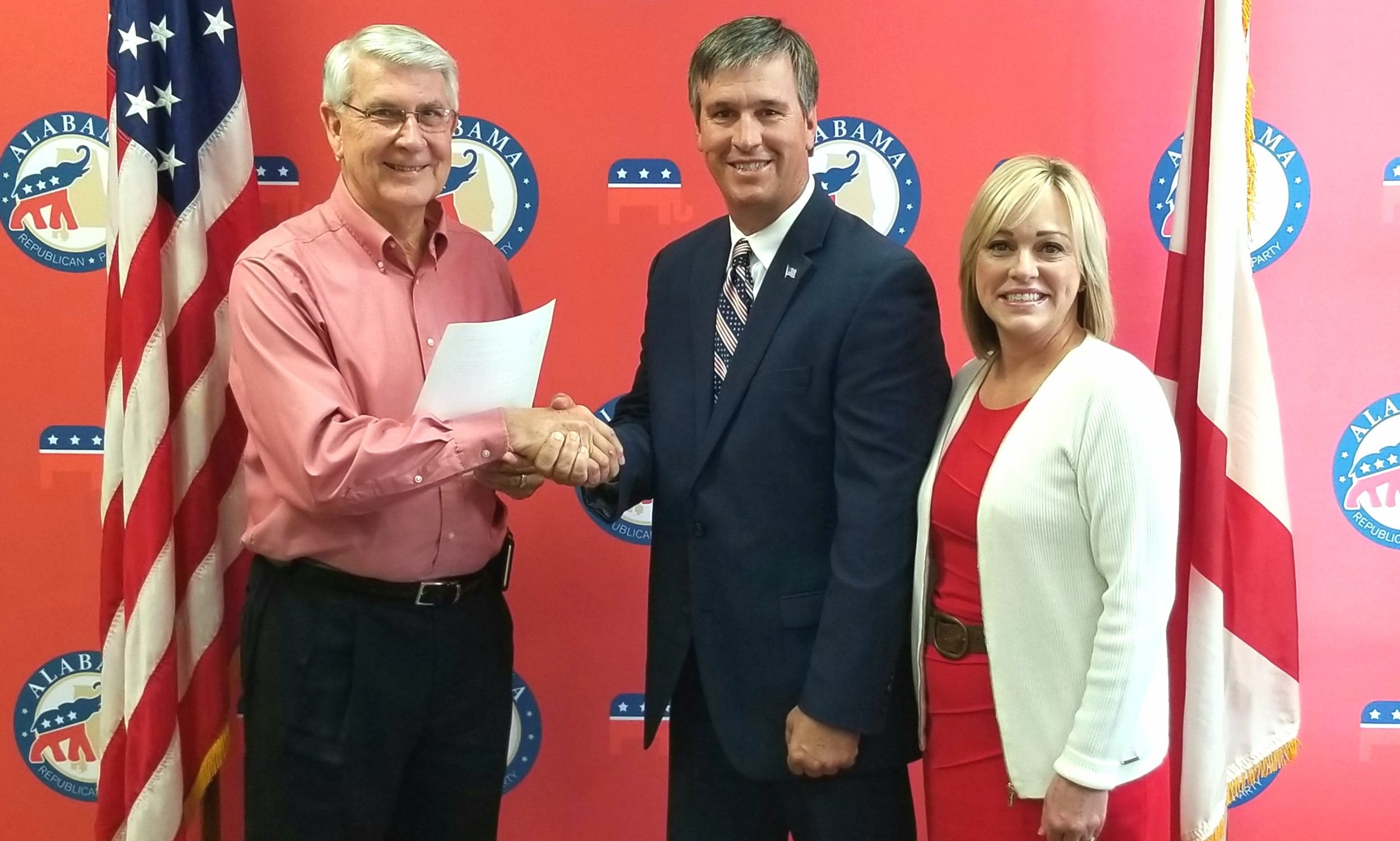 Moore was the first elected official in Alabama to endorse Donald Trump for president in 2015. He is running for the seat currently held by Congresswoman Martha Roby, R-Montgomery, who is not seeking a sixth term in Congress.

“You can tell a lot about a man by looking at his hands,” Moore said. “If you look at my hands, you’ll see calluses, calluses I got from hard work. I think it’s time we had a working man in Congress. I’m running in this election because I want to work for all the people in District 2. From Prattville to Florala, from Autaugaville to Andalusia, from Evergreen to Enterprise, Cottonwood to Wetumpka and Montgomery to Dothan, I want to represent every person in District 2.”

“I’m the only candidate in this race with legislative experience, and my record in the Alabama Legislature shows not only what I believe in, but that I have the courage to stand up for my convictions and beliefs,” Barry Moore said. “We need someone with calluses and courage in Washington, standing up for conservative Alabama values and supporting President Trump. That’s what I’ll do when I’m elected as District 2’s representative next November.”

Moore served in the Alabama Legislature representing District 91 from 2010 until 2018 and was named Most Conservative Legislator by the Yellowhammer News during his tenure there. He was indicted but not convicted for perjury. He was a candidate for the Second Congressional seat in 2018 in a crowded field challenging Roby.

Moore was an Alabama at-large Trump delegate to the 2016 Republican National Convention and has openly expressed his support for President Trump’s agenda, including building the border wall. Moore is the only Veteran qualified in the AL-2 race. In 1998, Moore and his wife Heather founded Barry Moore Industries (BMI), a waste disposal company that he continues to own and operate. He has a B.S. degree from Auburn University.

Barry and Heather have been married for 27 years. They have four children.