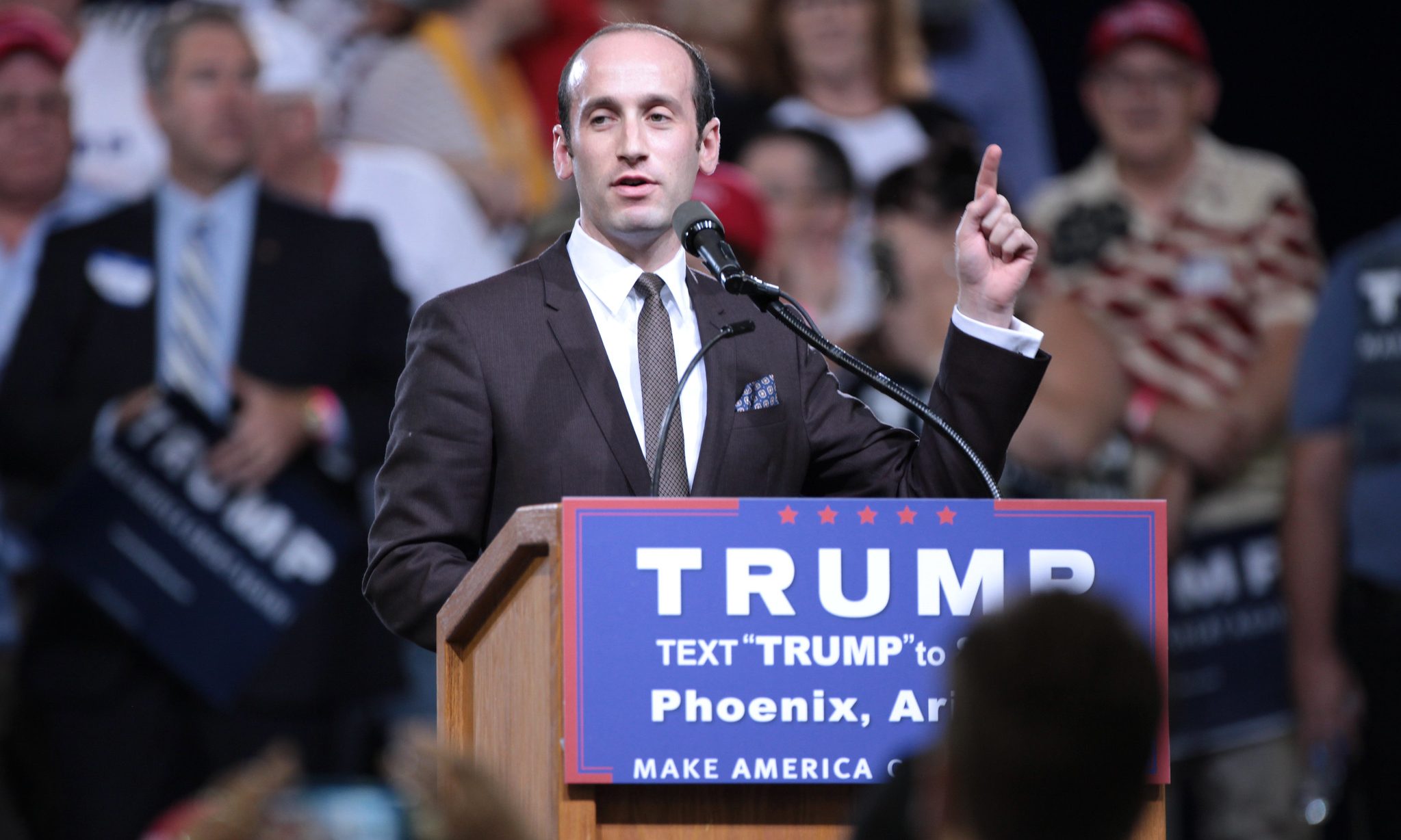 The SPLC’s first story in a series on the more than 900 emails details Miller’s emails to and from Katie McHugh, a former writer and editor at the conservative website Breitbart, and other Breitbart editors which were sent over a 15 month period in 2015 and 2016.

Miller sent some of those 900 emails through his government-issued email account while working as a press aide to Sessions, according to the SPLC.

Among those emails was a message from Miller to McHugh on Oct. 23, 2015, in which he sent an article from the white nationalist website VDARE.

The SPLC reported that in a Sept. 6, 2015, email Miller recommended then-Breitbart editor Julia Hahn write about a book titled “The Camp of the Saints,” a racist dystopian novel that is often cited by white nationalists and on alt-right forums.

Hahn authored a Breitbart story on “The Camp of the Saints” that was published on Sept. 24, 2015. The SPLC notes that Hahn is now working as an aide to Trump.

Miller also suggested in emails obtained by the SPLC that McHugh push out stories published by American Renaissance, a white supremacist site founded by Jared Taylor.

On June 23, 2015, Miller emailed McHugh following the Charleston church massacre by  a white nationalist earlier that month, which resulted in the removal of the sale of confederate flags from some online stores. Images of the shooter displaying the flag quickly spread online after the shooting.

Miller in the emails noted the deaths of confederate soldiers during the Civil War, the SPLC reported, and suggested to McHugh: Have you thought about going to Amazon and finding the commie flags and then doing a story on that? I think you’ve hit on something potentially profound.”

APR’s messages to Jeff Sessions’ campaign seeking comment Tuesday and Wednesday went unanswered. Sessions is currently campaigning to win back his Senate seat, after serving as U.S. Attorney General until Trump fired him just more than a year ago.

The SPLC obtained the hundreds of emails from McHugh, who was fired from Breitbart in June 2017.

McHugh told the SPLC that “What Stephen Miller sent to me in those emails has become policy at the Trump administration.”