Over the last six weeks, the people of Alabama have been confronted with a frightening reality that very few of our politicians have been willing to acknowledge: our state has a violent crime problem.

Violent crime in Alabama is up 20 percent over the last ten years, despite some improvement over the past year. We have the seventh-highest murder rate in the nation and FBI data indicates that we are the fifth most violent state in the nation. Let that sink in. The kidnapping and murder of a three-year-old, the abduction of a bright college student, and the cold-blooded killing of a 20-year-old National Guardsman—in light of these statistics, these incidents don’t seem quite as unforeseen, do they?

But who is talking about it?

In Alabama, and across the country, “enlightened” reformists only want to talk (or get paid to talk) about the plight of the criminal. They tell stories about what life is like for those behind bars, but conspicuously fail to mention the crimes that landed the prisoners there in the first place—the havoc they wreaked on a community, the sense of security they took away from the innocent, the parents and siblings they left heartbroken.

The activists would also have you believe that our prisons are full of peaceful pot smokers and inadvertent thieves. But, of course, that is false. Alabama’s prisons are full of violent offenders—4,200 murderers, 2,500 violent robbers, 1,000 rapists, over 1,200 would-be murderers, and the list goes on. The imprisoned “nonviolent” offenders are mostly those that simply refuse to stop stealing or dealing drugs or will not follow the terms of their probation. Only 21 percent of those in our prisons have committed “low-level” felonies and those offenders aren’t staying long—there’s just always a new offender waiting to fill the spot.

Traditionally, incarceration serves four purposes: retribution, rehabilitation, deterrence, and incapacitation. Somewhere along the way, we have forgotten the common denominator of all four purposes, and that is public safety. If a disproportionate fixation on any one of these four (like rehabilitation, for instance) leads to decreased public safety, then we are doing it wrong. I fear that that is precisely where Alabama is headed.

For those who think that “criminal justice reform” has a nice political ring to it, let’s examine the most recent reform package to become law—the FIRST Step Act, passed by the U.S. Congress. At the time of passage, the Republican-led Congress was so smitten with the tepid media acclaim surrounding its “progressive” efforts that it refused to heed the warnings of law enforcement and prosecutors from around the country. Now, only one year after passage, we are left wondering what exactly Congress took a “first step” towards? Gang members and other violent offenders have been set free and lives have already been lost as a direct result of the new federal law. [A note of thanks is due to Senator Shelby and all of Alabama’s Congressional Republicans who wisely voted against the final bill.] We must ardently oppose similar efforts in Alabama and, believe me, they are coming.

In 1981, Ronald Reagan recognized that, “for too long, the victims of crime have been the forgotten persons of our criminal justice system.” It was true then, and sadly, it has become true again. The pendulum in Alabama has swung too far. We have a very real violent crime problem and it won’t be solved by incessantly watering down sentences, expanding extracurricular activities in our prisons, doing away with the death penalty, or, most shamefully, ignoring victims of crime. If we believe that our citizens deserve better than the dangerous lawlessness of today, we must reevaluate our logic and our priorities when it comes to criminal justice. Enough is enough.

Steve Marshall is the attorney general of the state of Alabama. 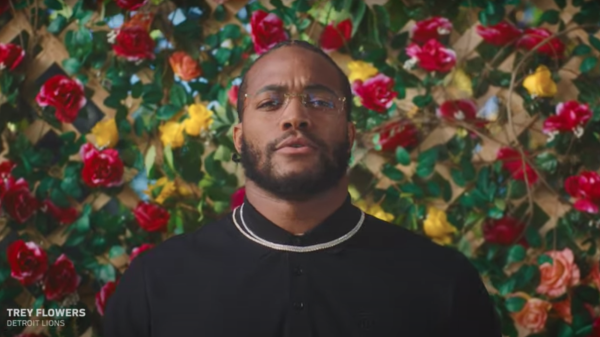 He served the public for more than 50 years. As a judge, he presided over each case with integrity and impartiality.