Sen. Doug Jones today joined a bipartisan group of senators to introduce a solution to both permanently fund Historically Black Colleges and Universities (HBCUs) and other minority-serving institutions (MSIs) and to take a first step toward simplifying the Free Application for Federal Student Aid (FAFSA) process. Annual funding for MSIs expired on September 30, 2019.

The solution proposed today by Jones and his colleagues amends his FUTURE Act  legislation to permanently renew $255 million in annual funding for HBCUs and MSIs, and will also simplify the FAFSA by reducing it by up to 22 questions. The amendment is paid for through reduced administrative costs achieved by allowing FAFSA applicants to give permission to the Internal Revenue Service to securely share tax return data directly with the U.S. Department of Education.

“The permanent renewal of federal funding is a huge win for our nation’s minority-serving institutions, which have faced growing uncertainty and anxiety since their $255 million in annual funding expired in September,” Jones said. “Instead of making tough decisions to cut programs and staff this holiday season, they can now count on permanent funding that will enable them to plan long-term and focus on their educational mission.”

Jones has long championed the renewal of funding for minority-serving schools and also for simplification of the burdensome FAFSA form, which has proven to be a significant barrier for students who need financial assistance in order to afford college.

Jones recently partnered with Sen. Lamar Alexander (R-Tenn.), chairman of the HELP Committee, to introduce legislation that would reduce the FAFSA form from 108 questions to between 18-30. Tuesday’s proposal is a necessary first step to lay the groundwork for the passage of the broader Jones-Alexander FAFSA reform bill. 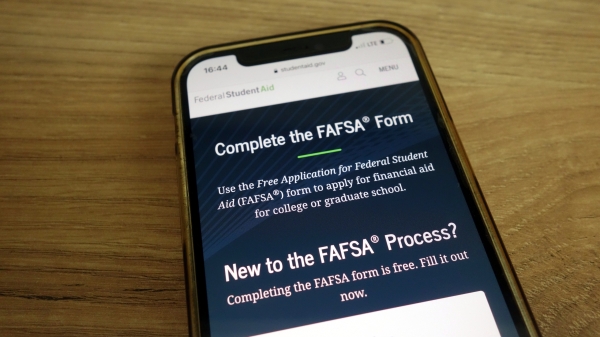 This success of the FAFSA completion policy reminds us once again that leadership matters.