Aderholt reflects on the past decade in Congress

McCutcheon is open to grand deal on gambling 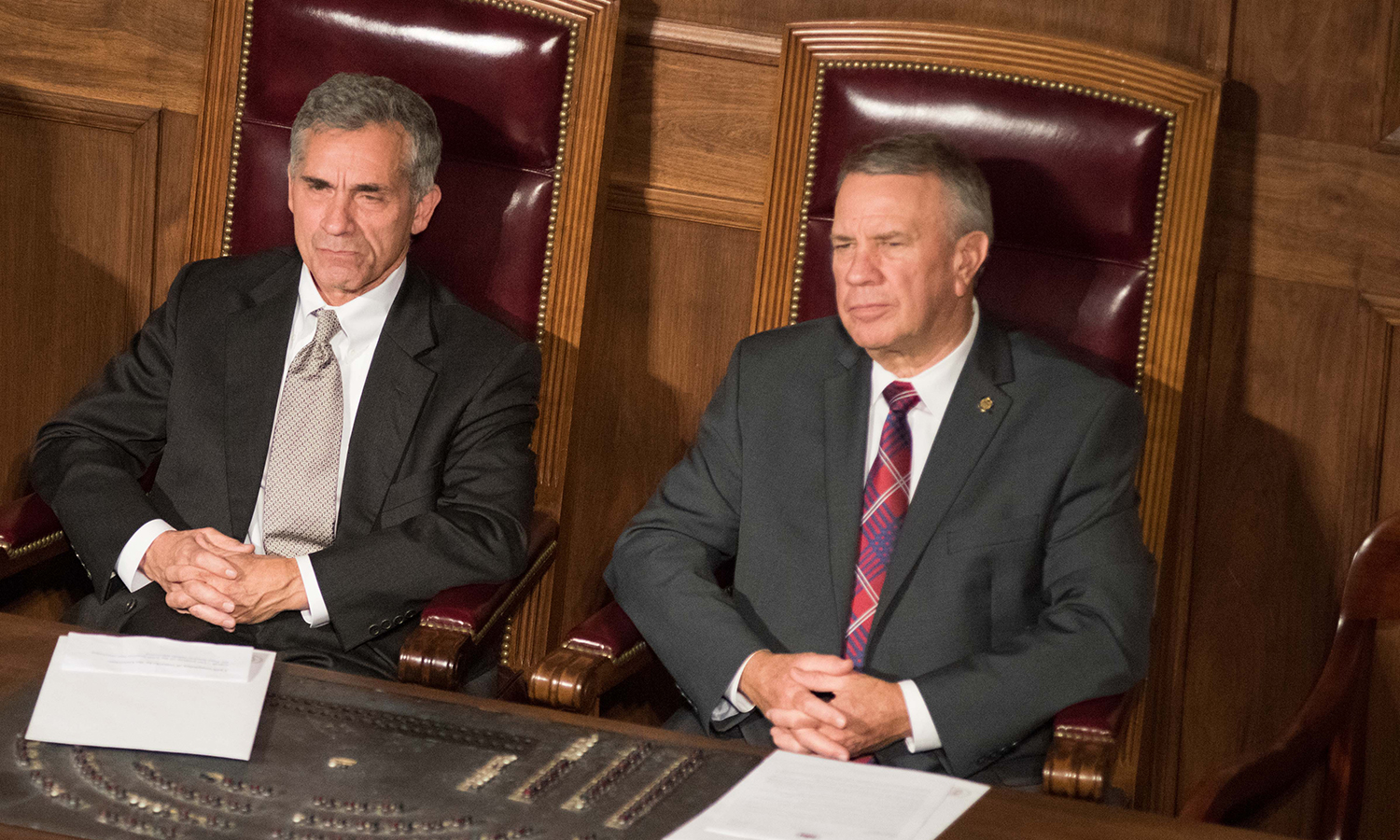 Wednesday, Speaker of the House Mac McCutcheon (R-Monrovia) told a gathering of the Alabama County Commissioners Association in Auburn that the Alabama legislature will likely work on addressing rural healthcare in the 2020 legislative session.

McCutcheon said that the legislature is “Working on rural healthcare,” and is looking at rural clinics.

“We need to provide healthcare services to people in rural areas that aren’t getting it,” McCutcheon said. We need to make changes that “Will steer those covered by Medicaid away from the emergency home.”

McCutcheon said that proper care for things like diabetes and pregnancy will avoid bad outcomes and costly emergency room care.

McCutcheon said that there is a study underway and that, “The data we receive from this will be come invaluable to us.”

“I have a battle ahead of us from the Hospital Association,” McCutcheon predicted.

“If a hospital has twenty beds, you have to staff that hospital for all twenty beds,” McCutcheon explained. “Some of these hospitals don’t average seven patients a month. That is not cost effective.”

McCutcheon said, “We cannot continue to exist the way we are.”

“The Alabama coordinated health network is going to move us in a good direction in rural healthcare,” McCutcheon predicted. This is one reason “Why rural broadband is so important.”

“If we move toward clinic type care in our rural areas we are going to need broadband to provide” a specialist or a nurse online to get instructions on diagnosing a condition.

“We have had several pieces of legislation dealing with broadband,” McCutcheon said.

During the last session, “We just drew a line in the sand,” and told providers to deal with the unserved people in the state.

“What I want to see is that people who are not being served at all,” get connected McCutcheon said. “We passed legislation dealing with electric coops getting some fiber and systems into the unserved.”

“We are going to look at where we are today,” McCutcheon said of the state’s rural broadband efforts. “Are we being effective or not? This is a priority for the legislature moving forward.”

The leadership in the House, in the Senate, and the Governor are all open to looking at it, McCutcheon said. “We need to sit down and talk about it.”

“Corrections comes with a price tag,” McCutcheon told the County Commissioners. “Bricks and mortar” will be a part of it.

The U.S. Justice Department and a federal court have ordered the state to deal with the allegedly “inhumane” conditions in the state’s chronically understaffed, overcrowded, and underfunded Alabama Department of Corrections, which runs the state’s prisons.

McCutcheon said that the state will have to take over funding of the CHIP (Children’s Health Insurance Program) in the coming year.

“Lets address a lottery, the Poarch Creek Indians, and these counties that want a one armed gambling,” McCutcheon said in a suggested revenue source.

In the 2019 legislative session, a Senate bill to create a simple paper lottery failed in the House. McCutcheon said that is not on the table this year.

“It would be ridiculous to sell us out for $150 million when there could be $700 million,” McCutcheon said. “It is going to be hard to just pass a lottery.”

“We are going to be addressing mental health,” McCutcheon said. “we are looking at some crisis centers, but we have got to discuss mental health.”

“We will be talking about school safety,” McCutcheon added.

The Alabama Association of County Commissioners presented McCutcheon with an award for taking the lead on additional revenue for roads and bridges.

“I have to give credit to the leadership in the Senate as well as the governor’s level,” McCutcheon said. “It would not have happened without all the work that those county commissioners did and for providing the boots on the ground.”

Opinion | Unchallenged awfulness has ruled Alabama politics for too long