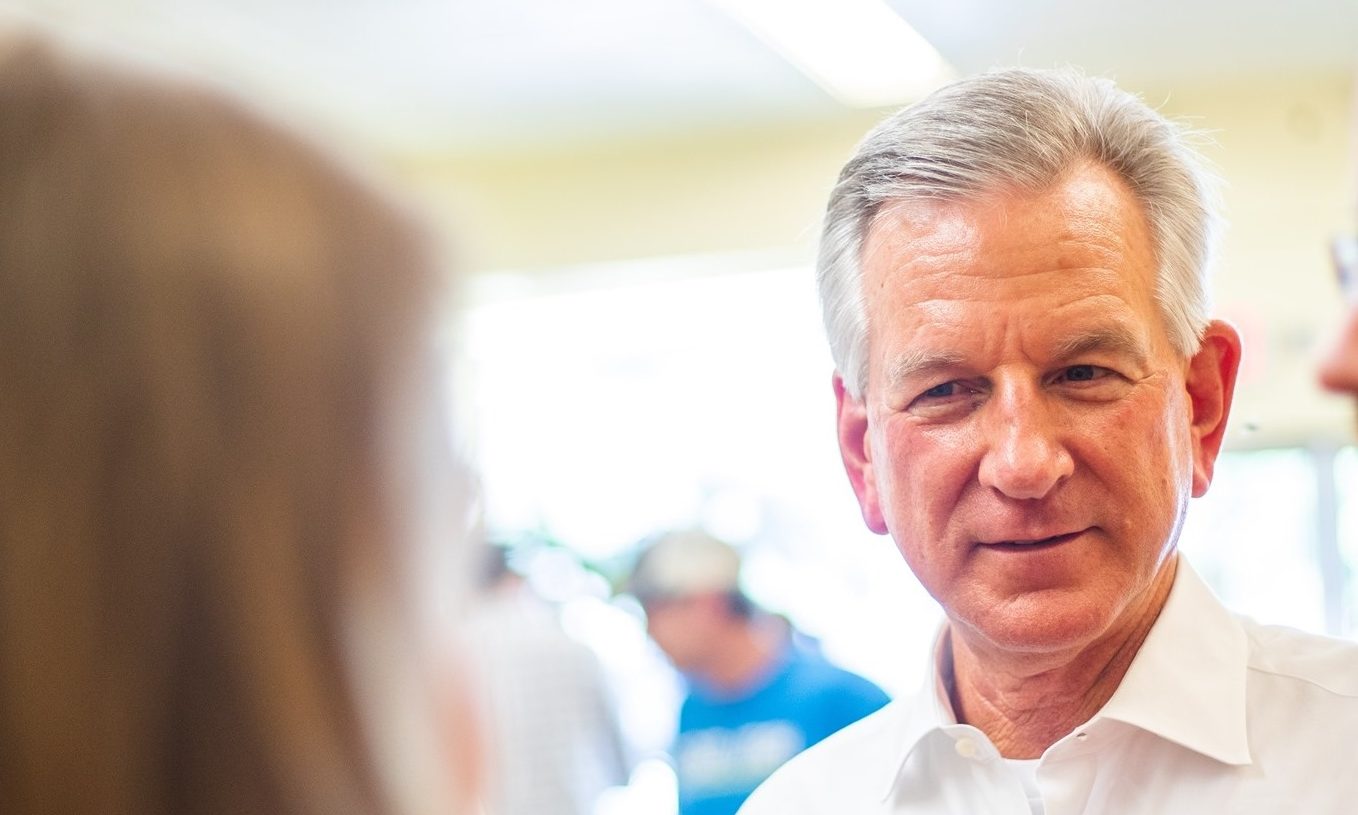 Monday, Senate candidate former Auburn head football Coach Tommy Tuberville told the Alabama Farmer’s Federation at their annual meeting in Montgomery that he believes that Trump was sent by God.

“I believe today that God sent Donald Trump to us,” Coach Tuberville said. “He is the only thing standing between us and socialism.”

“I am a Trump guy,” Tuberville said.

He promised to support the President.

Tuberville delivered a speech that incorporated many elements from Roy Moore’s campaigns.
“I want to get God back in this country,” Tuberville said. “In the 1960s we kicked God out of the schools” and now we have metal detectors.

“We are losing Christianity in this country,” Tuberville warned.

“It starts by teaching it,” Tuberville said. “We have got to get God back in our schools.”

Tuberville said that government chased fathers out of families when we said that we will write them a check. “We have got to get family back together.”

“If we don’t teach the fundamentals, we are going to lose this country,” Tuberville warned the attendees at the 98th annual meeting of the Alabama Farmers Federation.

“One teacher told me that we can’t say no or don’t to the children anymore, because it might hurt their feelings,” Tuberville said. “Folks there is nothing in the Constitution that says you can’t get your feelings hurt.”

Tuberville said that he laid around on the couch for about three weeks when his wife said, “You haven’t been here in 27 years you aren’t going to start doing it now get out and find a job.”

Tuberville said that he is running because, “I fear for our country.”

“I want to be your voice,” Tuberville said. “I want to represent you.”

“Washington has lost it,” Tuberville stated. “They are in Washington trying to figure out if the President can get impeached over a phone call or not instead of passing the Mexican Canada trade agreement.”

“I appreciate the endorsement,” Tuberville said.

“I don’t need this job,” Tuberville said. “I really don’t. I want this job. I don’t need a paycheck. I am going to give my money to veterans of this state.”

“I am not going to be politically correct. I am sick of all of that.” Tuberville said. “You can take a 200 pound horse with you on a plane if it makes you feel safe. I am not sitting buckled up next to a horse. I saw one walking on the concourse in Atlanta. I said I hope that I am not getting on that plane.”

Alabama Farmers Federation President Jimmy Parnell praised the speech and said that he sounds like one of you. “That’s why we endorsed him.