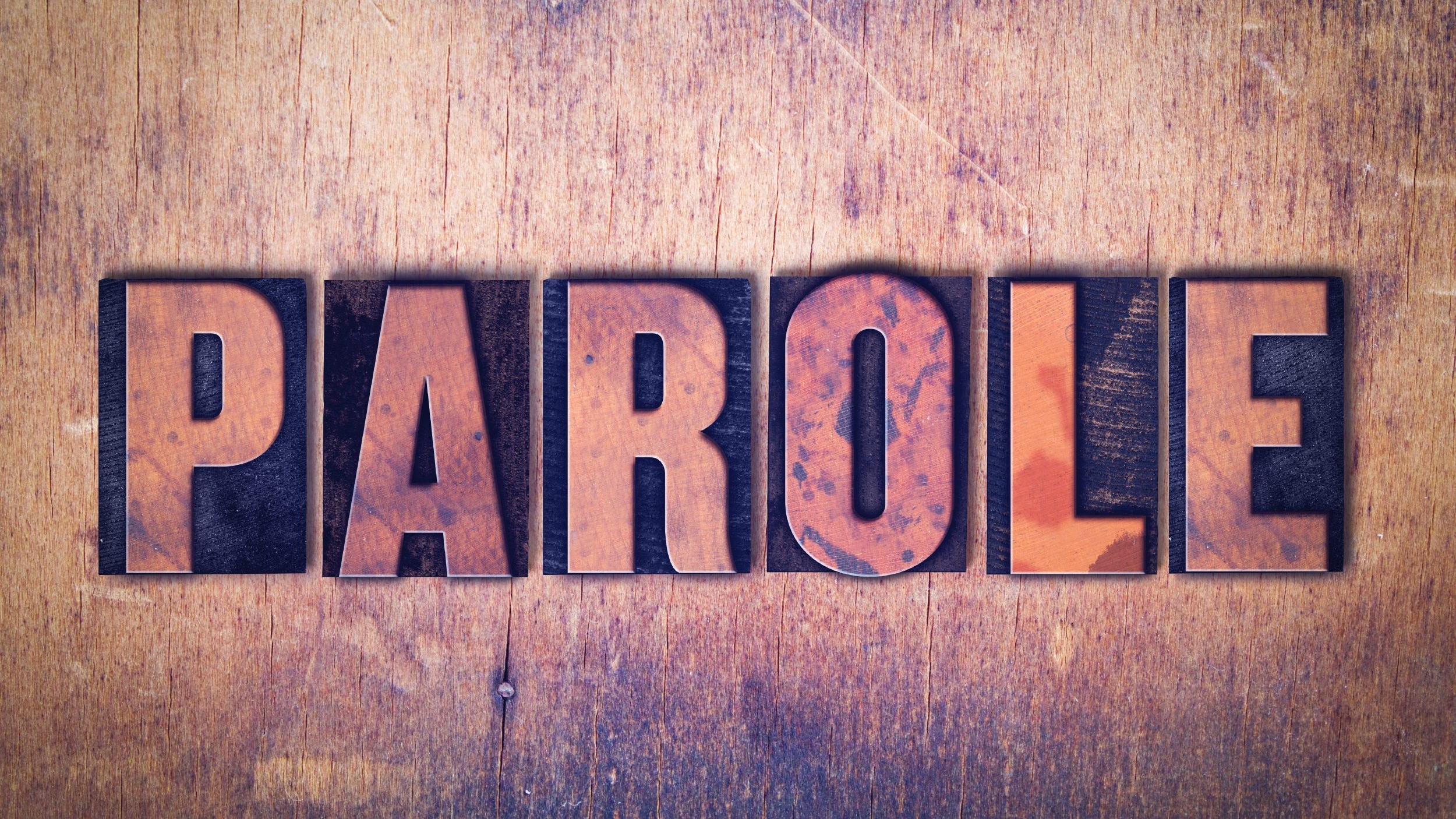 The Alabama Board of Pardons and Paroles announced in a statement to the press that it will hold parole hearings for twenty violent offenders this week. Among them one murderer, three sex offenders, and eight who were convicted of robbery.

Deashton Luvoris Hayes is a two-time convicted robber. He was sentenced in 2010 to two years in prison for third-degree robbery and first-degree theft of property in Madison County. In 2011, Hayes robbed another man of a remote-controlled car by force. He was sentenced to 15 years in prison for that second robbery, to go along with his original 10-year sentence. In 2018 he was convicted of distribution of controlled substances in Madison County and was sentenced to five years in prison. Hayes has only served just fifteen months of that last five-year prison sentence and is already eligible for parole.

Deandre Quintero Love was convicted in 2009 of second degree assault and discharging a firearm into an occupied building or car. He received ten and fifteen year sentences for those crimes. Love was convicted of robbery in 2012 and sentenced to fifteen years in prison. In 2017 he received a six year sentence for two counts of possession and receiving controlled substances. Despite this he was paroled last year. In April he was sent back to prison for five years for a drug crime. Despite being a captured parole violator he is again eligible for parole.

Ervin Cornelius Smith was sentenced in 1987 to two years in prison for two second-degree robberies in Mobile County. In January of this year he was sent back to prison on an eight-year sentence for possession and receiving controlled substances in Mobile County.

In 2003 Diangelo Tarez Dudley received a three year sentence for first-degree burglary in Tuscaloosa County. His sentence for the burglary was extended in 2006 to 10 years after he was also convicted of two counts of drug possession and sentenced to three years. In 2011 he was convicted of drug possession. In November 2018 he was sentenced to five years for drug distribution in Tuscaloosa County. Dudley has served only thirteen months of that sixty month sentence.

Toney Jeffery Hughes was sentenced on Oct. 17, 2018 to three years, 10 months for third-degree burglary and drug possession, and to seven years, six months on two counts of drug possession, all in Madison County. He has served just fourteen months of his eighty four month prison sentence.

Hayes, Love, Sparks, Hughes, Smith, and Dudley will all have parole hearings today.

In 2005 Colony Nicole Wilson was sentenced to 20 years in prison for child abuse in Jefferson County. The Gadsden Times reported her infant had “13 broken bones in the first four years of her life” due to abuse by Wilson. According to the newspaper, the child sustained broken bones in her collarbone, skull, legs, arms, ribs and shoulders over a two-month period. Wilson has served 14 years and three months of her 20-year prison sentence.

In 2004 John Hardy Jordan Jr. was sentenced to life in prison for first-degree sexual abuse in Lee County. He has served 16 just years of the life sentence and is eligible for parole.

Jimmy Wayne Karr has a long criminal history that dates back to 1983 for third-degree burglary in Clay County. He was paroled in 1984, but received a two year sentence in 2003 for a 1999 conviction for drug possession in Chambers County. Karr received a 25 year sentence for second degree sexual abuse for attacking a sleeping victim. He served only eight years and ten months of that sentence. In 2016 Karr received an eight year prison sentence for another theft of property conviction in Chambers County.

In 2002 Christopher Michael Poe was sentenced to 25 years in prison for first-degree sodomy in Shelby County. He has served 17 years of that 25-year sentence. Poe also was sentenced to 10 years in 2003 for felony DUI.

Derek Gregory Clay is serving life in prison for three first-degree robbery convictions in 2007 in Madison County and 18 months for a March 2019 conviction for illegal possession and fraudulent use of a credit card in Shelby County. He has served less than 13 years of the three life sentences. Clay was sentenced in 2002 to 10 years for the first of his robberies in Madison County, but he was released from prison early and went on to commit the three additional robberies.

Jimmy Claude Harmon Jr. is a parole violator with two conviction for assault. In 1997 he was convicted in Calhoun County of third degree burglary and breaking and entering a vehicle. In 2001 he was sentenced to two years for second-degree assault in Madison County. In 2004 he was sentenced to 15 years for assault. Harmon was granted parole in 2006 but violated parole and in 2009 was sent back to prison for second-degree assault in Cleburne County. He was resentenced in 2017 to 14 years and five months for the 2009 assault. Harmon has served less than five years of the 14-year, five-month sentence.

In 2015 Christopher Dewayne Stewart was sentenced to 20 years in prison for a 2007 first-degree robbery of a Grub Mart in Etowah County in which Stewart discharged a firearm. Also in 2015 Stewart was convicted of third-degree burglary, three counts of theft of property, and two counts of unlawful breaking and entering a vehicle, all in Etowah County.. Stewart has served only 10 years, seven months of the 20-year sentence. Public records show he was granted probation at one point but then probation was revoked, and he was rearrested on April 18, 2013.

In 2018 Carlos Braxton was sentenced to eight years in prison for third-degree robbery, first-degree theft of property, unlawful breaking and entering of a vehicle and two counts of offenses against a person (Class B Felony) in Jefferson County. He has served just two years of the eight-year sentence.

In 2017 Lauren Ashley Finney was sentenced to six months for second-degree assault and a drug conviction in Mobile County but was resentenced in those cases in January 2019 to five years. She has served just one year of that five-year prison sentence.

In October 2018, Cori Noelle Lawrence was sentenced to five years in prison for second-degree assault and six years for second-degree arson, and three years for possession and receipt of a controlled substance in Covington County. She has served only one year, three months of the six-year prison sentence. Lawrence was arrested by state fire marshals for burning a trailer in Opp.

Michael W. Vincent was sentenced in 2008 to 20 years in prison for third-degree robbery in Autauga County. He has served less than 12 years of that sentence.

Retired Judge Charlie Graddick is the Director of the Alabama Board of Pardons and Paroles. 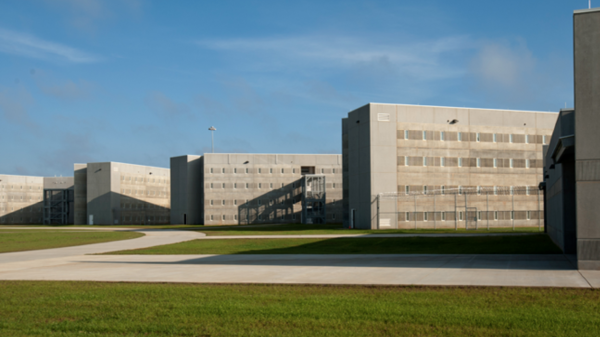